Cancel
Modern day secular India is held at ransom by international extortionist, Baba Sikiander and his brothers, Aftab and Sameer. They begin by demanding money from wealthy businessmen, and when their victims refuse to pay, they are killed. One of their victim's now being threatened is Kantilal Shah, who has adopted a mere canteen boy, Bunty, gave him his family name, Karan Shah, and the responsibility of running the family business, much to the chagrin of his daughter, Anjali. Upon hearing that his father's life is endangered, Karan returns from America and convinces his dad not to give to the extortionist's demands, but instead provide that amount to the past victims' and their respective families, to which his father agrees. Then five days later, a day after his birthday, Kantilal is gunned down in the elevator along with four of his bodyguards. Anjali openly renounces Karan and asks him not to participate in her dad's funeral. A shocked and devastated Karan announces that he will apprehend and bring Baba Sikander to justice in India. However, when he finds out that the country that Baba is holed up in, Italy, does not have an extradition treaty with India, he plans to recruit some mercenaries to go with him and bring Baba back. The first man he chooses is former Police Inspector Arjun Srivastav, who located and killed his wife's assailant on his own, and now lives as a single parent with his school-going daughter. And it is Arjun who recommends that the second man be Abhimanyu, who is currently lodged in Vashi Jail, and had been a former chauffeur of Baba himself. But before Karan can recruit Abhimanyu, he must spring him out of jail. The escapade takes place dramatically, and the trio, aided by Sonia, Abhimanyu's girlfriend, and Priya, a Press Reporter from "Aaj Tak", take over the arduous task of apprehending alive a fugitive whose whereabouts could be anywhere in Italy, France, Germany, or any other European country, and all of them know that their mission is surrounded by treachery, and that none of them may come back alive to tell their story.
See Storyline (May Contain Spoilers)

Modern-day secular India is held at ransom by international extortionist Baba Sikander (Mithun Chakraborty) and his brothers, Aftab (Milind Gunaji) and Sameer (Prithvi Zutshi). They begin by demanding money from wealthy businessmen; when their victims refuse to pay, they are killed.

One of their victims is Kantilal Shah, a rich businessman. Karan Shah (Rahul Khanna) is Kantilal's adopted son. He was a mere canteen boy who was spotted and adopted by Kantilal while trying to secretly listen to a board-room discussion. He gained his father's trust over the years and was gradually given the responsibility of running the family business, much to the chagrin of his step-sister, Anjali. Upon hearing that his father's life is in danger, Karan returns from America and convinces his father not to give in to the extortionist's demands and instead ask him to provide that amount to his past victims and their families. Kantilal agrees. Then five days later, a day after his birthday, Kantilal is gunned down in the elevator along with four of his bodyguards. Anjali openly renounces Karan and asks him not to participate in her father's funeral. A shocked and devastated Karan announces to Baba that he will apprehend and bring him to justice in India, no matter where he had to look.

However, Karan finds out that Baba is hiding in Italy, which does not have an extradition treaty with India. Thus, unable to take any legal action, Karan recruits some mercenaries to go with him to Italy and help him bring Baba back to India. The first man he chooses is a suspended former police inspector, Arjun Srivastav (Arjun Rampal), who had located and brutally killed his then pregnant wife's assailants on his own and now lives as a single parent with his school-going daughter. After some persuasion from Karan and his daughter alike, Arjun agrees.

Arjun recommends that the second man involved be Abhimanyu (John Abraham), who is currently in Vashi Jail and had been Baba's chauffeur and hitman before being framed by Baba and his associates following a failed job. Abhimanyu is rescued in broad daylight by Arjun and his men, who were pretending to be doctors, on the pretext of a medical checkup (The escapade takes place dramatically, in a style adopted from the film Spy Game to spring Elizabeth Hadley (Catherine McCormack) from a Chinese prison.) Arjun and Karan convince Abhimanyu to help them with vital information about Baba and his gang in return for a heavy payment. He reluctantly agrees to do so.

The trio then go to Venice (where Baba is said to be, based on Abhimanyu's information). There, Abhimanyu meets his girlfriend Sonia (Lara Dutta) and tries backing out of the mission by passing of Sonia as Baba's girlfriend who wants a huge amount of money for the information she would supposedly provide. Thus, under this pretext, he double crosses Arjun and Karan, takes the money, and tries escaping with the money along with Sonia. Before he can do so, both he and Sonia are kidnapped by Baba and his men. Priya (Amisha Patel), a press reporter from Aaj Tak, looking for a story on Karan earlier, has followed the two there, using a satellite tracker for mobile phones. She meets them and tells them about Abhimanyu's deceit. Despite this, The three go to rescue Abhimanyu and Sonia, in a lengthy gunfight and high speed car chase. Karan and Arjun are angry at Abhimanyu's betrayal, however the latter apologizes and agrees to help them in return for their saving his life since he intends to settle scores with Salim (Chunky Pandey), one of Baba's trusted aides who had been instrumental in helping Baba set him up. The five then go and apprehend Salim and after some effort, he divulges at gunpoint that Baba is in Munich. Abhimanyu then shoots him for his betrayal. Karan finds Baba in Munich and tells him about Salim's death much to Baba's devastation, reiterating his warning that he would fulfil his promise of bringing the latter back to India at any cost.

In course of time, the group become good friends. Acting on a tip, when they go to Baba's guest house in Munich to catch him red handed, they are fooled and are then surrounded by Baba and his men. A lengthy gunfight follows, in the course of which, Arjun dies while getting into a jeep. Baba now warns Karan to leave him alone and save his own life and that of the others while there is still time. Devastated, Karan feels that bringing the others on the mission was a big mistake, much to Abhimanyu's fury. However he takes a final stand as Priya motivates him not to give up the fight at this point, reasoning that he had always been right, once when he had asked his father not to give in to Baba's demands and even now, when he had decided to gather the group to bring Baba back to India.

Karan and Abhimanyu, now go to apprehend Baba as he leaves the country through the French border. Sonia and Priya alert the French Border Police as France has an extradition treaty with India. The trick works, as Baba is cornered by Karan, Abhimanyu and the French border police just as he is crossing the border. A long and devastating gunfight ensues, at the end of which many of Baba's most trusted aides are killed. Finally, Baba is left alone and stranded after Karan stops Abhimanyu from shooting him, reasoning that the terror Baba inspired in people had to end and this would thus end Baba's life in turn.

Baba is sent to India, sentenced to death and hanged. Karan becomes a national hero for his feat. He reconciles with his sister and finally marries Priya. The couple adopt Arjun's daughter, Ayesha. Abhimanyu and Sonia also get married and settle down in Venice.

Based on 0 rating
0 user 0 critic
Did you know? The film was initially titled Yudh. Read More
0 User Reviews
No reviews available. Click here to add a review.
Cast

Mithun Chakraborthy returned to Mumbai to shoot for the film, and was in tears on meeting his old friends from the industry.

The film was initially titled Yudh. 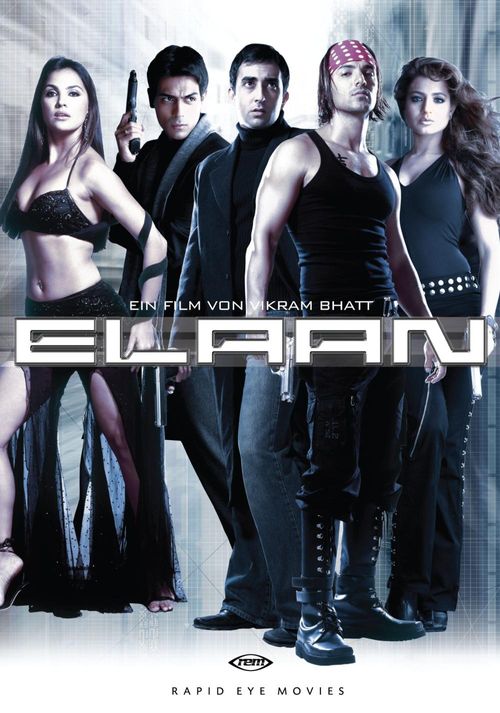 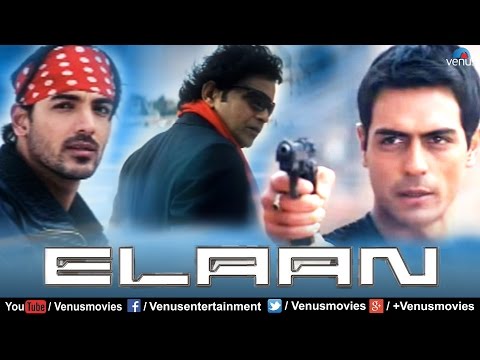