Cancel
Fighting back after four years as a yakuza sex-slave, a woman matches wits and weaponry with a legion of killers who are out to collect the bounty on the heads of her and her family.

Tagline: Enter if you dare

Based on 0 rating
0 user 2 critic
Did you know? The screenplay for this film was featured in the 2010 Blacklist; a list of the "most liked" unmade scripts of the year. Read More
2 Critic Reviews

All said and done, this is Salma Hayek channeling her inner GI Jane, but it could have been way more ambitious though
Reagan Gavin Rasquinha, The Times of India
0

The film identifies Hayek as a sexy punchbag from minute one, then displays a reprehensible glee in laying into her
Mike McCahill, The Guardian
0

Continuity
The Asian man on Everly's couch can't move, however, when her mom comes into the apartment, the blood drip from his mouth has been wiped away, despite Everly never having approached him after reentering the apartment.

Continuity
Everly is clearly shot in her side while wearing a white nightie. However, in scenes afterwards, it is noticeable that there is no entrance hole nor an exit hole in the garment. Only blood can be seen where she had been shot.

Continuity
Everly stabs Taiko with a katana : on the side view, we see the blade out at the center of his back (from up to down). On the back view, the blade is exactly in the heart. Also, when she's cutting him in half, it's the right part of the body, despite the fact the blade was in his heart.
Trivia:
Kate Hudson was attached to the project for a long time, but after the movie was stuck in development, she dropped out and Salma Hayek later got the job.

Joe Lynch has stated many times on his podcast "The Movie Crypt", that the reason he wanted to shoot in Serbia was "because he wanted shoot somewhere foreign for a few months, like big time directors always claim to want to do."

According to "The Movie Crypt" podcast, the movie was shot in sequential order because of the chaos that happens in the room.

According to director Joe Lynch, the camera never leaves the apartment building.

When Maissey was saved and Apartment 157 was shown from down up to the supposed 6th floor, the shot only elevated 2 floors.
Buzz
Salma Hayek takes aim in 'Everly'
05 Nov 2013, by USA Today 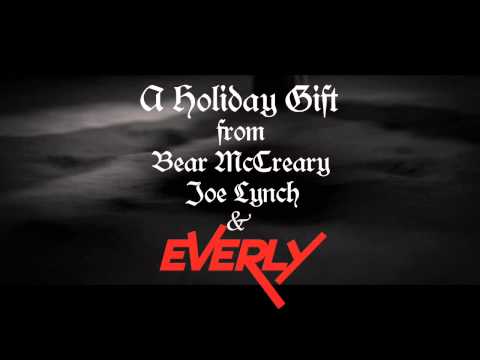 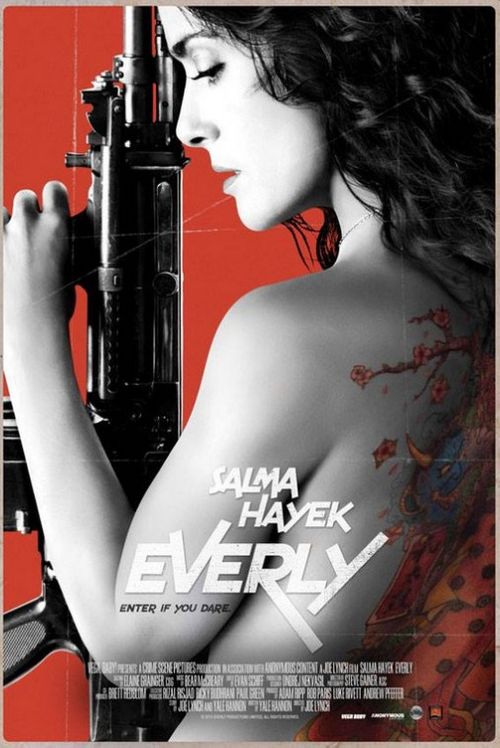 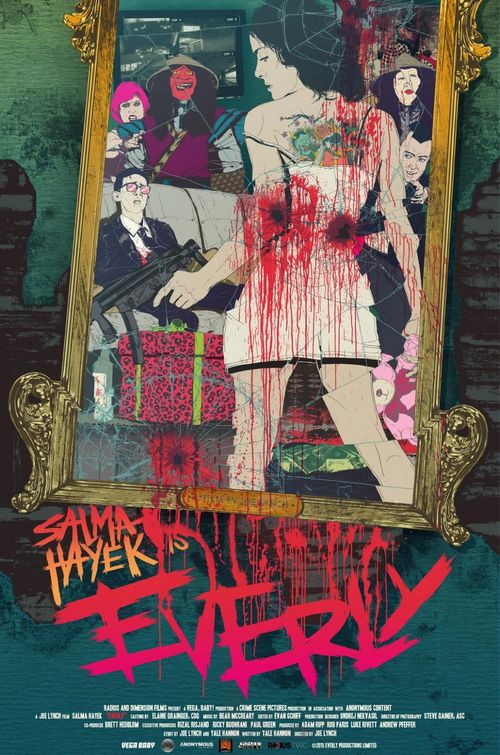 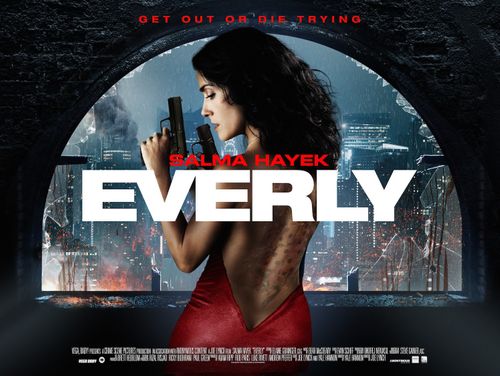