Cancel
Ashok runs a family business that sells takeout food that also has a video rental store at the side. Ashok's extended family includes his wife Radha, his brother Jatin, their ailing mother Biji and their manservant Mundu, all living under the same roof. Jatin, at the insistence of Ashok and their mother, Biji, agrees to marry the beautiful Sita in an arranged marriage, although he is actually in love with Julie, a Chinese-Indian. At first glance, you see a happy middle-class family going through the normal paces of everyday life. However, as the layers are slowly peeled back, we find a simmering cauldron of discontent within the family, with almost every family member living a lie. Both marriages in the family turn out to be emotionally empty, without love or passion. While Ashok is an ascetic who has taken a vow of celibacy, Jatin is a handsome ladies' man who is still openly seeing Julie even after his marriage to Sita. Ashok has pledged his total devotion to a religious holy man, a swami, in order to purge his life of worldly desires and temptations. Radha, bound by her sense of duty to her husband, agrees to go along with his wishes. As you can imagine, with both husbands ignoring their spouses' emotional and sexual needs (albeit with reasons that are totally opposite from each other), it is only a matter of time before Radha and Sita look to one another for comfort and to satisfy their own passions. In this environment, it is only natural that Sita and Radha become fast friends, and, in time, much more than that. But their love is not without its share of painful obstacles.
See Storyline (May Contain Spoilers)

The film opens with young Radha sitting in a mustard field with her parents. Her mother tells her a story of a people who wanted to see the ocean; then she explains that sometimes one must learn to see some things (through her mind's eye) without looking.

The film flashes forward to Sita, a newly married young woman, trying to perceive some emotion from her husband Jatin. Jatin appears distant and shows little interest in Sita or in being married. Sita is given a perfunctory welcome by Jatin's family. Jatin is in a typical joint family arrangement. He lives with his older brother Ashok, his sister-in-law Radha, his invalid mother (Biji) and the family servant Mundu. Their apartment is on the second floor of a two story dwelling in a crowded marketplace in New Delhi. Ashok and Jatin run a small store (on the first floor) that sells food (for takeout) and rents videotapes.

Sita is gradually exposed to various difficulties. She is also in a typical arranged marriage, but she learns that Jatin married her only to put an end to Ashok's incessant nagging. Jatin continues to date his Chinese girlfriend. Sita does not rebuke him for fear that it may bring dishonor to her parents.

The rest of Jatin's home is not rosy either. Biji is paralysed and without speech after a stroke, and Sita and Radha must constantly attend to Biji (even her hygiene). Sita spends her days slaving in the hot and greasy kitchen, and she finds herself lonely and frustrated at night because Jatin is out dallying with his girlfriend. On the financial front, the store provides a modest income but their expenses are very high and they are unable to expand their business or buy a bigger home. Sita resignedly accepts these difficulties, but yearns to break out of this stifling and hopeless situation.

It is later revealed that Radha faces a somewhat similar problem. Many years ago, Ashok had come under the influence of Swamiji, a local preacher, who teaches that desires are the cause of suffering and must be suppressed. Ashok is completely taken by these monastic teachings and accordingly suppresses all his desires. He also donates large sums from the meager store income to treat the Swamiji's hydrocele condition. It is also revealed that Radha cannot bear children, due to an untreatable ailment. The Swamiji, as per the strict devotional and spiritual convention, teaches that sexual contact is permitted only as a means for procreation. Accordingly, Ashok aims to stamp out all his desires and has not slept with Radha for the past 13 years. He puts Radha through an excruciating ritual in which they lie motionless next to each other whenever he wants to test his resolve. Radha is racked with guilt over her ailment and driven to frustration by the ritual. She resigns to live out her life, but is unable to stop her growing sadness.

Radha and Sita go through the motions oscillating between their desires and disappointments. Radha, the older woman, remains bound by tradition and subdued into silence while Sita refuses to accept misfortune and wishes to break free.

One evening, shunned by their husbands, provoked by their (mutual) feelings and driven to desperation by their unfulfilled longings, Radha and Sita seek solace in each other and become lovers. Overjoyed at finding satisfaction in this unusual manner, they resolve to continue it in secret. They eventually realise their love for each other and they start looking for ways to move out and be on their own.

Ashok is horrified. He is shattered when he finds this incident has stoked his own long-dormant desire. He nevertheless confronts Radha. Radha overcomes her subservience and pours out her emotions. Desire impels life, and she desires Sita because she desires to live. She pointedly suggests that if Ashok seeks to control desires then he should henceforth seek Swamiji's help and stop the ritual. Amid this argument, Radha's sari catches fire. Ashok steps out of the way and angrily watches her burn (for her sinful desires). Radha puts out the flames and recalls her mother's advice from when she was young. She can finally see her ocean. She leaves Ashok.

The film ends with Radha moving out and joining Sita.

Tagline: Beneath the surface lies a burning secret.

Based on 0 rating
0 user 0 critic
Did you know? On its opening day in India, some movie theaters were attacked by Hindu fundamentalists, and the movie was eventually banned for religious insensitivity. The film was banned in Pakistan for the lesbian relationship that the movie plays around. Read More
0 User Reviews
No reviews available. Click here to add a review.
Cast 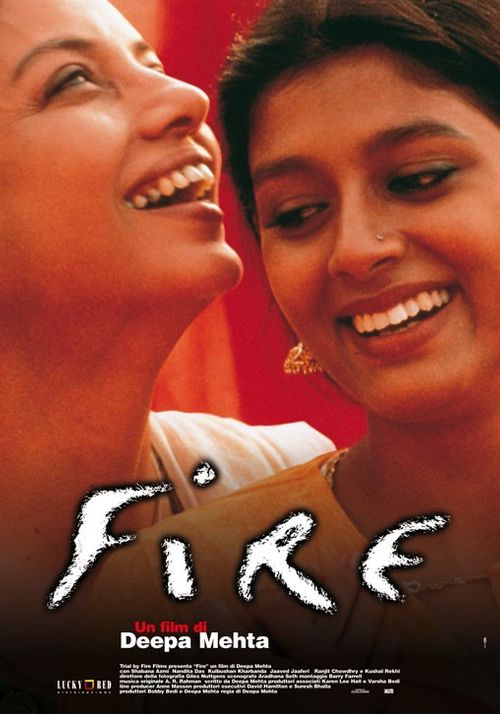 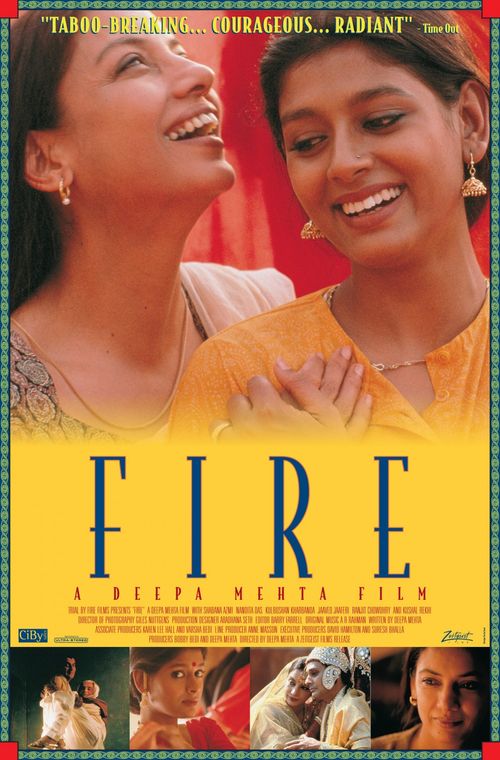 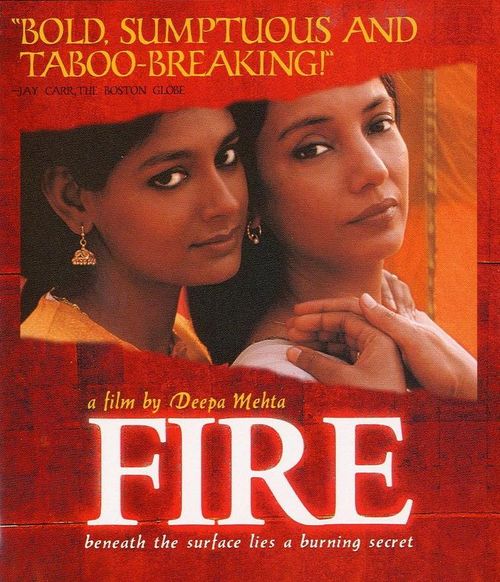