Cancel
Mumbai-based Advocate Arjun Kapoor decides to abandon the defense of accused Raj Thakur after witnessing the anguish of the victim's parents. He is subsequently charged with Contempt of Court, and disbarred from practicing law. Disillusioned, he re-locates to Goa and meets with McNamara, who gives him a book titled 'Fix the Fox'. Arjun reads the book, is very impressed, compliments the former, and is invited for lunch. When he does get there, he is told by Constable Gaitonde that McNamara is no more. Arjun then meets with Sophia, publishes the book under his very own name, it becomes a bestseller, and he a celebrity. Shortly thereafter, his life will be turned upside down when he will be interrogated and arrested by Goa Crime Branch Inspector Yashwant Deshmukh for killing five individuals.
See Storyline (May Contain Spoilers)

Arjun Kapoor (Arjun Rampal) is a successful criminal defense lawyer. The film opens with him defending his friend Raj Thakur (Vipul Gupta), who has been accused of rape and murder. Arjun's defense strategy involves suggesting the victim had dubious morals. The victim's parents confront Arjun outside the courthouse, cursing him for his lack of a conscience. Later Raj confesses to Arjun that he is guilty; when Arjun is disturbed by his friend's lack of shame, Raj points out that Arjun's success comes from defending wealthy criminals like him.

At home, Arjun calls his girlfriend and fellow lawyer Urvashi (Sagarika Ghatge). A shadowy figure carrying a gun sneaks up on Arjun, but they retreat when they hear Arjun confess over the phone that he wants to change. When the court convenes the next morning, Arjun publically accuses his friend of being guilty. The judge orders Arjun to step down from his duties, and his license is revoked. Arjun decides to take a break, leaving Mumbai and his girlfriend.

Arjun travels to Goa, where he meets an old man named Vivian McNamara who claims to be a retired lawyer. They spend time together, during which McNamara says he understands Arjun's situation. McNamara has written a novel titled "Fix the Fox", a crime thriller about the murder of five lawyers, which he hopes to publish and leave behind a positive legacy instead of a negative one. McNamara gives Arjun a copy of the manuscript, which he finishes reading in one night. When Arjun returns to McNamara's house the next morning, he is stopped by a police officer named Gaitonde, who tells him that McNamara just died.

As there's no one to give the manuscript to, Arjun decides to have it published in memoriam. He offers it to Sophie (Udita Goswami), a publishing house editor who recognizes its potential. The manuscript's pages are watermarked with "McNamara", which Sophie assumes is Arjun's pen name. Sophie's publishing policy is to use real names; she also doesn't normally accept unknown authors, but Arjun's fame as a lawyer will ensure the novel's publication. Arjun is pressured into signing a contract, officially claiming to be the author.

The novel becomes a national bestseller and lands in the hands of a local crime branch police officer Yashwant Deshmukh (Sunny Deol), who reads it and finds something suspicious. Yashwant meets Arjun to discuss the novel, and when Arjun confirms that he wrote it, Yashwant has Arjun arrested. The five murders in the novel match five unsolved murders on file, right down to confidential details. Urvashi comes to Arjun's aid, negotiating for bail and a remand under Yashwant's custody so they can investigate the case themselves.

Arjun and Urvashi tell Yashwant the full story and ask for his help, but they can't find any evidence that "Vivian McNamara" or "Gaitonde" ever existed. Arjun then remembers that the original manuscript had the "McNamara" watermark, which may help cast reasonable doubt. He and Urvashi sneak out of Yashwant's house to get it from the publishing house. They arrive just as "Gaitonde" has taken it; Arjun chases him, eventually following him back to Yashwant's house.

Arjun sneaks into Yashwant's rooms, where he discovers pictures of Yashwant with "Gaitonde". He also finds a secret room where there are costuming materials and newspaper articles of the five criminal lawyers and Arjun himself. Yashwant is behind the murders and the frame-up.

Arjun agrees to meet Yashwant at a secluded location. There, he demands to know why Yashwant framed him. Yashwant explains that his wife and son were murdered, but a criminal defense lawyer similar to Arjun got the killer acquitted. Yashwant since then vowed to kill all lawyers like him. He had almost killed Arjun, as seen earlier in the film, but changed his mind when he heard Arjun confess his troubles to Urvashi. Yashwant decided to give Arjun a chance, setting up the con with "Vivian McNamara" (actually Yashwant's brother, who also pretended to be Gaitonde), but when Arjun took credit for the novel, Yashwant took it as evidence that he hadn't changed at all. Arjun reveals that he's actually wired and the entire conversation was recorded. Police officers come out from their hiding place, and when Yashwant attacks Arjun, he is shot and killed.

The final scene is of Arjun with Urvashi by his side, being interviewed by the press. Arjun says that he is returning to criminal law, but will fight for truth and justice.

Based on 0 rating
0 user 0 critic
Did you know? The film is inspired from the American movie A Murder of Crows (1998). Read More
0 User Reviews
No reviews available. Click here to add a review.
Cast

This is the only film till date where Sunny Deol plays a villain. 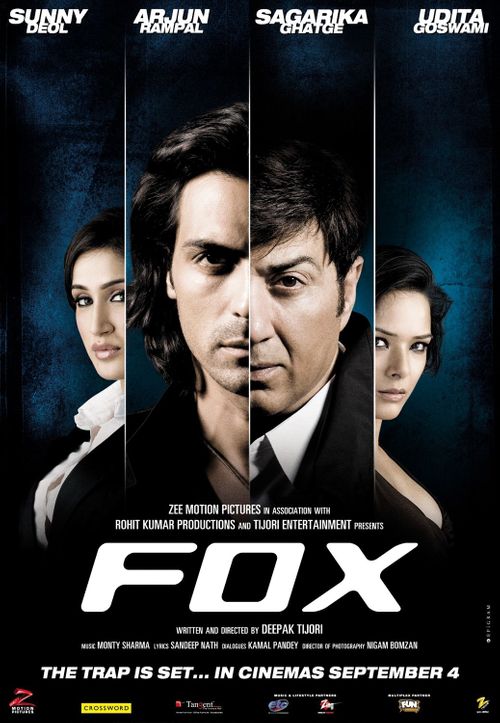 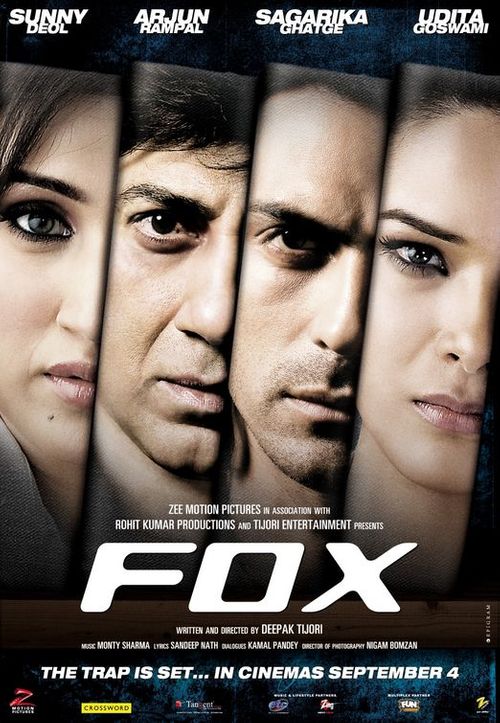