Cancel
Shyam and Makarand work as photographers in a commercial advertising agency. Both of them like to fool around with women, even though Makarand is engaged to be married to a doctor named Anjali. In order to outsmart each other, they two get into a competition of shooting a photograph, and Sam wins it, goes on a trip to the United States of America. Upon his return, he finds that Makarand is living a very enviable lifestyle with three of the most beautiful girls, who also work as air-hostesses. Sam meets them all, and finds out that the trio are unaware of each other, falls in love with Pooja; and begins several moves to upset Makarand lifestyle, and possibly get promoted as a Supervisor.
See Storyline (May Contain Spoilers)

The movie starts off when two photographers Makrand, aka Mac (Akshay Kumar) and Shyam, aka Sam (John Abraham) are doing a photo shoot.. While Mac is shooting the models in exposing poses, his fiancée leaves in disgust due to Mac's closeness to the models. Their boss calls them into his office and tells them that they are good-for-nothing photographers. He threatens to reduce their pay if they don't get some good pictures for the world photography competition to make his magazine Garam Masala famous.

Both Mac and Sam ask Maggie (Neha Dhupia), the boss's secretary, on a date on the same day, at the same restaurant at the same time. As all three meet up at the restaurant a pickpocket takes Mac's and Sam's wallets. After the meal, the competition to impress Maggie heightens thus evoking humorous events after which Sam and Mac leave Maggie to pay the bill.

Sam visits a famous photographer, praising him and asking for a few outstanding shots. These stolen shots help Sam to win the world photography competition. He gets promoted, is given ten percent of the prize money and has his pay doubled, whilst Mac receives a demotion to assistant. Sam flies off to the US to enjoy his holiday, leaving Mac fuming in Mauritius.

The chief editor persuades Mac to show up Sam by getting three women to be his fiancées, getting a very expensive flat and driving very expensive, imported cars. Following his promise, Mac gets a high-quality flat and gets access to three beautiful air hostesses. His driver, Babban (Rajpal Yadav), is his key to the high life. Not only does Babban get Mac access to the flat, he delivers very high-end cars to impress his fiancées. He drives Mac's cars and does all his services for a small amount of liquor every day. Lastly, Babban gets Mac a housekeeper, Mambo (Paresh Rawal), who has an attitude problem and doesn't care what goes on in his flat so long as his demands are met.

He has affairs with each of the three women—Deepti (Daisy Bopanna), Puja (Nargis Bagheri) and Sweety (Neetu Chandra)—and creates chaos. Sam returns from America, only to find his friend turned rival, playing around with three women at once. He tries to help his friend and tries out his own luck with the girls.

The story turns into mayhem when it's hard for the two boys to maintain the three girls simultaneously. Mac's original fiancée (Rimi Sen) learns about Mac's acts, and it creates a bigger mess. When their cook Mambo (Paresh Rawal) leaves, they begin to realise their mistakes and Mac tries to get back together with Anjali.

Tagline: A comedy about true friends... and their true loves!

Based on 0 rating
0 user 0 critic
Did you know? The film is a remake of director Priyadarshan's own Malayalam movie Boeing Boeing (1985). Read More
0 User Reviews
No reviews available. Click here to add a review.
Cast

Daisy Bopanna
as Deepti, an airhostess

Nargis Bagheri
as Puja, an airhostess

Neetu Chandra
as Sweety, an airhostess

Akshay Kumar's performance in the film won him the Filmfare Award for Best Actor in a Comic Role.

Saif Ali Khan was offered the role of Sam but turned it down. 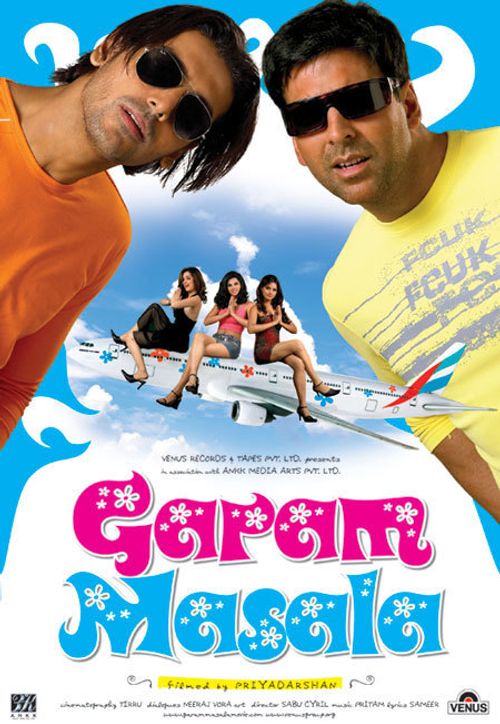 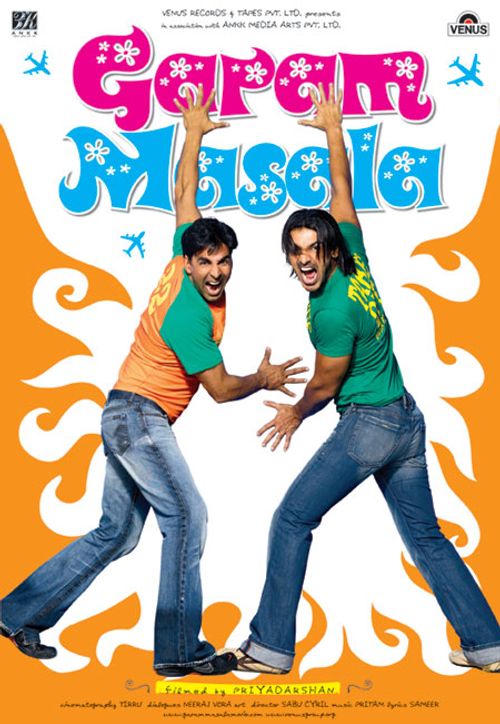 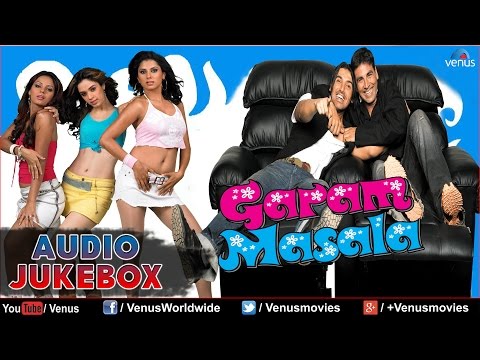 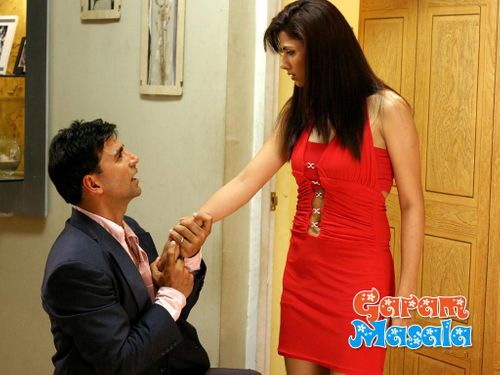