Cancel
This youthful composite traces trials the lives of three high-school seniors, as they make efforts to participate in The National Talent Competition, highlighting the pressures, obstacles and complications they must deal with along the way.
See Storyline (May Contain Spoilers)

This compilation of three youthful stories depicts the trials and triumphs in the lives of teenagers in different coming-of-age scenarios.

STORY 1 SISTERS: Zhao Min (Ke Qing) is a senior in high school who desperately wants to compete in a National Youth Talent Show. Unable to find anyone to join her, she manipulates three of her juniors Li Ge’er (Huang Shiqi), Wang Yiju (Jiang Qianling) and Peng Huwan (Cai Ziti) - into letting her join them in a singing act.

However, Zhao Min starts to feel guilty into tricking the other three into helping her, as high-school juniors are not qualified to win. She confides her worries to a male friend, Juncheng (Zhu Juncheng). When the others do find out, they still agree to go ahead out of sisterly friendship, performing as a group.

STORY 3 ENEMY: High-school senior Huang Cancan (Huang Cancan), the tough leader of a girl group, beats up fellow male pupil Qiao Di (Ao Quan) for peeping on one of her gang-members. To really teach Qiao Di a lesson, Huang Cancan gets the idea of making him fall for her and then rejecting him. She first forces him to be her dance partner in the talent show, but eventually starts warming to him. One of her gang-members, Xiaoyi (Wang Xinman), then gets jealous and spills the beans to Qiao Di. How will the already volatile relationship between Huang Cancan and Qiao Di evolve? 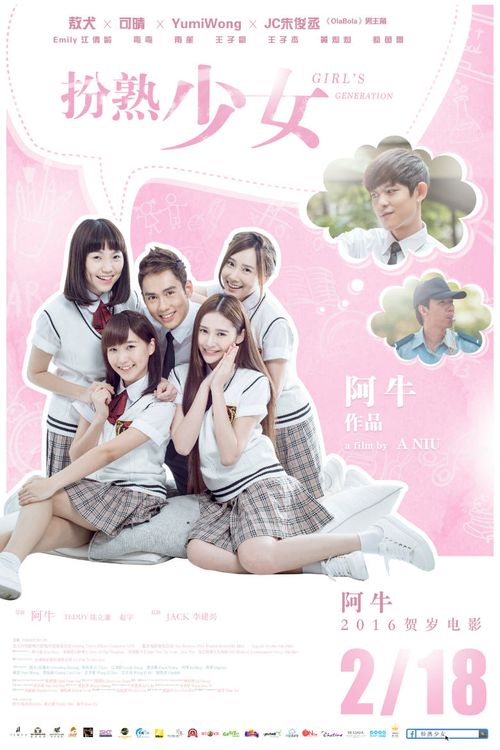