Cancel
A powerful story of human courage and reconciliation in the face of titanic forces of nature, when the awe-inspiring Godzilla rises to restore balance as humanity stands defenseless. When seemingly invincible creatures, created by humanity's callous use of power, and shortsighted use of scientific knowledge cause havoc, threatening our very existence, it is time for Godzilla to come to our rescue.

Based on 0 rating
0 user 0 critic
Did you know? According to production designer Owen Paterson, who also worked on The Matrix trilogy, Godzilla is massive; at nearly 400 feet tall he is bigger than any incarnation of Godzilla yet. Read More
0 User Reviews
No reviews available. Click here to add a review.
Cast

Gareth Edwards was chosen as the ideal candidate for this movie, partly due to the immense success of 'Monsters'. On that 2010 indie effort, the UK filmmaker wore multiple hats: director, writer, cinematographer, production designer and visual effects. And in his hands Monsters transcended expectations and was a tight, captivating character drama that just so happened to have towering squid-like monsters rampaging across Mexico’s landscape.

According to production designer Owen Paterson, who also worked on The Matrix trilogy, Godzilla is massive; at nearly 400 feet tall he is bigger than any incarnation of Godzilla yet.

Godzilla has atomic breath in this movie, and it plays a big role in terms of how it effects people in the Philippines and the M.U.T.O.s (the other monsters that he fights.)

Elizabeth Olsen plays Johnson's wife in the film, and she acts as a peacemaker of sorts between the father and the son.

Ken Watanabe's character, Daisuke Serizawa, shares a name with the scientist who created the Oxygen Destroyer in the '54 film.

While creators wanted to establish a mythology that made sense, back to '54, they certainly did not want to build on any specific events like the nuclear event or Godzilla attacking Japan, having the movie act like a sequel. In this movie, the dots have been connected in a way that will help the audience understand the origins, and feel the reverence, while providing a little historic perspective to what may be the genesis of what becomes the initial problem in this story, and then it moves up to 1999, and again to 2014.

After acquiring the rights to make ​'Godzilla' from Toho in 2010, Legendary commissioned a new conceptual artwork of 'Godzilla', consistent with the Japanese design of the monster. For a surprise promotional event, the artwork was used in an augmented reality display produced by Talking Dog Studios; when viewed from a web-cam at the Legendary Pictures booth, the image on-screen would spout radioactive breath, and the distinctive Godzilla roar could be heard. ​

This epic drama was released in 2014, Godzilla's 60th anniversary.

Gareth Edwards and the design group reviewed all the previous incarnations of Godzilla's design for influence on the final design for the film. Their main intention was to ensure that the final product give a clear impression of being a Toho Godzilla.

While shooting this film, cinematographer Seamus McGarvey accidentally went to a lakeside set of Dawn of the Planet of the Apes (2014), which was also shooting nearby, in Vancouver. Their sets were so similar to his own shoot that day, that he was duped into thinking he had walked into his own set, until he realised that all the people were different!

A surprise teaser trailer and poster for the film were revealed at Comic-Con 2012.

For the 1950s scenes, cinematographer Seamus McGarvey wanted "a peeled look with muted colors and diffused highlights." To achieve this, he shot those scenes with vintage 1960s camera lenses and additionally had the shades of black in those scenes digitally tinted in magenta.

This is the last film that Warner Bros and Legendary Pictures collaborated together on.

After the release of 2004's Godzilla: Final Wars, Toho Co. Ltd. had announced that it would not produce any films featuring the Godzilla character for ten years. 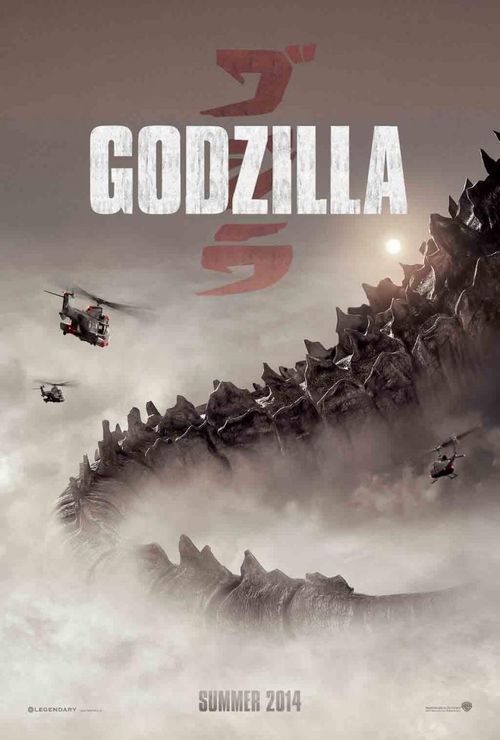 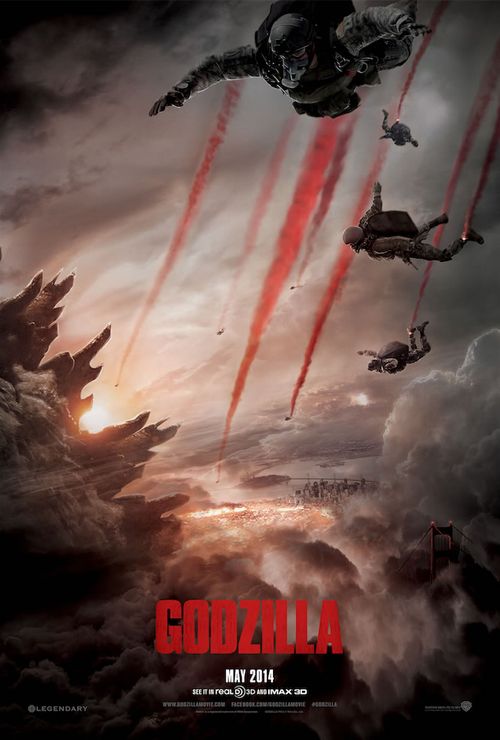 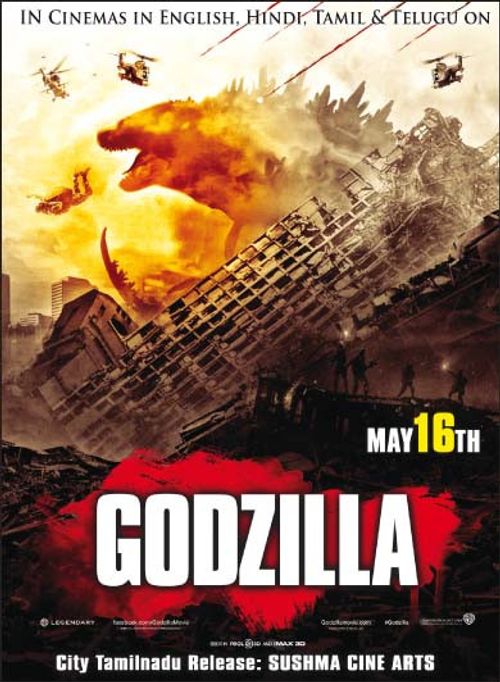 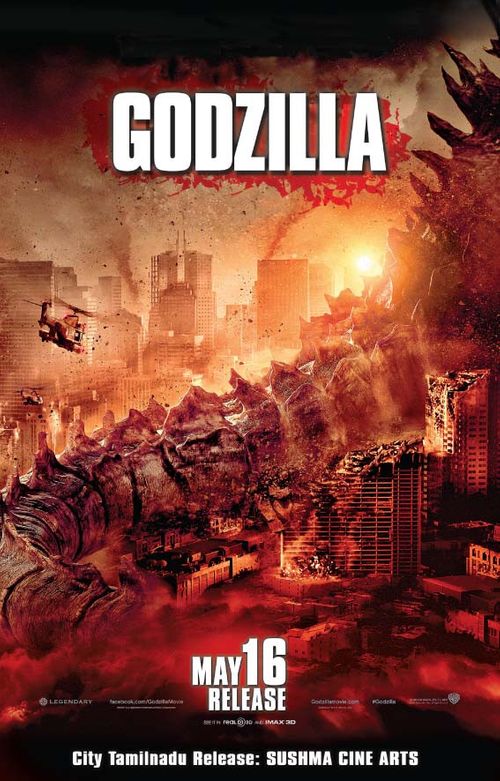