Cancel
This fast-paced family-oriented thriller follows the struggles and sacrifices made by the family of a freedom-fighter, Raghu. With his own father supporting the British, Raghu is handed over to the police for his resistance, but his pregnant wife helps him escape. However, Raghu gets into an accident during the escape and is presumed dead. His wife gives birth to their son, Ashok who is an extraordinarily talented young man. With his father's rebellious blood running through him, Ashok becomes a Robin Hood like figure, leading a dual life. On the one hand, he is Guru, a canny vigilante who steals from the rich and helps the poor. On the other hand, he's a rich philanthropist who runs orphanages. When Ashok comes to know of certain terrorist activities happening in the area, he automatically resists them. In the meantime, Ashok's girlfriend introduces him to her professor, who has the same mindset and fighting spirit. Who is the professor? Will they succeed in defeating the violent plans of the terrorist network?
See Storyline (May Contain Spoilers)

A young man Raghu sets up an explosive in a railway track to blow up a train. Raghu is a freedom fighter who wants to destroy the train in which British officers are travelling. He returns home after his successful attempt and is slammed by his rich father who is an ardent supporter of the British. Raghu insists that his country and its freedom are more important than anything.

When the police come to arrest Raghu, his father hands him to them but Raghu's pregnant wife Parvati diverts the police and lets her husband escape. Raghu escapes in his bike and meets with an accident and is declared dead.
Parvati gives birth to a son named Ashok and ten years pass by.

She is away from her father-in-law and still in a belief that her husband is alive and shall come to them one day. Ashok wins prizes in various competitions in his school and he bags many cups distributed by Raghu's father. Seeing Ashok's brilliance, he reminds of his son and sets for search of his daughter-in-law and her child without knowing that Ashok is his grandson.

His accountant who is a cunning man tries to make use of the situation and pretends to search his boss's grandchild. Meanwhile Ashok attacks a landlord for trying to rape his mother. The landlord kills Ashok's mother in revenge and Ashok kills him in turn. The accountant witnessing this makes use of the opportunity and brings his relative boy and tells his boss that the boy is his grandson Ramesh. Ashok escapes from the place after killing the landlord.

Years pass by and Ashok now a grown up young man who lives like a Robin Hood under the name Guru. He manages to nab a collection of diamonds and money from diamond smugglers and escape from a running train. While on his way he hears a gunshot and hides his things in a car thinking that police is chasing him. But the gunshot is heard from shooting by a young girl named Sujatha who was showing her gun shooting talents to her friends. He teases her and both get into fight. Sujatha leaves angrily from the place in the car where Ashok hid his diamond and money suitcase.

He follows her home which is the home of Commissioner of Police. He cuts the power supply and enters inside the house disguised like an aged electrician. He recovers his suitcase and leaves the place. After he left Sujatha finds that the electrician has forgot his suitcase and rushes to hand it over to him. Her uncle opens the suitcase only to find Guru has visited the place.

Ashok uses all the money he smuggled for his orphanage 'Parvati Nilayam' which he runs in the name of his mother sheltering large number of orphan children. But he is well respected rich man Ashok in society and posing as a wealthy philanthropist. Raghu's father raises Ramesh without knowing that he is fake and Ramesh is now a spoilt young man with all sorts of bad habits which is not liked by his fake grandfather.

Ashok once catches Ramesh red-hand when he tried to cheat other while gambling because of which he is thrown out. Ashok finds that some anti-social elements approach him to take aerial photographs of the military and defense areas as he is a member of flight club and good friend of the niece (Sujatha) of Commissioner of Police because of which no one will question him and offer him Rs. 200,000 and a camera for that.

Ashok chases Sujatha who is with Ramesh in a small plane while he is taking the photographs but he is pretending to tease Sujatha. When they land Ashok manages to grab the camera from Ramesh and also he loots the money from Ramesh as Guru which was given by the anti-social group.

Sujatha and Ashok meet once again when she seeks help for a fund-raising program for cyclone relief fund. Sujatha gets attracted to him when he donates a large sum of money and also knowing that he is sheltering large number of children. She invites Ashok for the fund-raising dance program and introduces him to her professor who is none other than Raghu who is now aged.

Both Raghu and Ashok develop a respect and liking for each other without knowing their relationship but eventually Raghu finds out that Ashok is his son. He also saves Ashok from a gunshot shot by one of the members of anti-social group knowing that he is Guru who spoiled their plan. Raghu gets wounded instead of Ashok. Sujatha is kidnapped by the group and Ashok rushes to save her as Guru.

Guru fights with the group and rescues Sujatha. He playfully teases her as Guru and asks her to marry him. But Sujatha expresses that she is in love with a man named Ashok not knowing he is Ashok. Both Sujatha and Ashok love each other and Sujatha invites him to her home to meet her mother. Ashok sees a photo of a man who he killed to save his mother's honour and shocks to hear that he is Sujatha's father.

Ashok leaves the place before meeting Sujatha's mother. He also tells Sujatha to forget him as it is not possible for them to unite in life leaving her heartbroken.
Raghu visits the orphanage and looks at the statue of Parvathi. He reminds of an incident a few years back when he went to police station to find his wife and comes to know from the police that his wife is dead and his son is wanted for murder.

Since Parvati's statue stands as evidence to the fact that Ashok is the killer for the murder he tries to destroy it and earns Ashok's anger. Ashok plans to loot a big golden fish to fund his orphanage for life long and decides to surrender to police for all his crimes. One of the anti-social group over hears this and they inform police that Guru has planned to steal the golden fish because of which intense security is tighten by police department for the fish.

Guru somehow steals the fish and escapes but is wounded by police gunshot which makes him go unconscious. He was rescued by Raghu and was given asylum by him. Ashok wakes up next morning in his place an was wondering who saved him and about the whereabouts of the stolen fish. Sujatha's mother meets Ashok and begs to accept her daughter as his wife but Ashok refuses to do so as he reveals that he cannot marry her daughter as he is cause of her becoming widow to save his mother's modesty and honour.

Meanwhile police department corners Raghu for concealing the truth of Guru and Raghu admits that he is Guru and he is arrested. The news of Guru is flashed in newspaper which surprises Ashok as to why Raghu took the blame on himself. He sets out to meet Raghu and overhears the talk of Raghu with his father that Ashok is his real son and not Ramesh.

Raghu is then kidnapped by a terrorist group and Ashok also gets trapped to save him. Sujatha who initially was angry on Ashok for killng her father comes to help them after finding from her mother why Ashok killed her father. After all struggles and fights the anti-social group along with Ramesh are arrested.

When police charge Raghu for the Guru's crimes Ashok reveals himself that he is the real Guru. After few years of imprisonment Ashok comes to his orphanage and unites with his father and accepts Sujatha as his wife.

Based on 0 rating
0 user 0 critic
Did you know? This is India's first superhero movie. Read More
0 User Reviews
No reviews available. Click here to add a review.
Cast

This is India's first superhero movie. 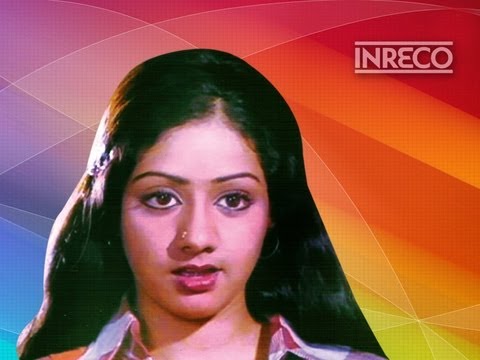 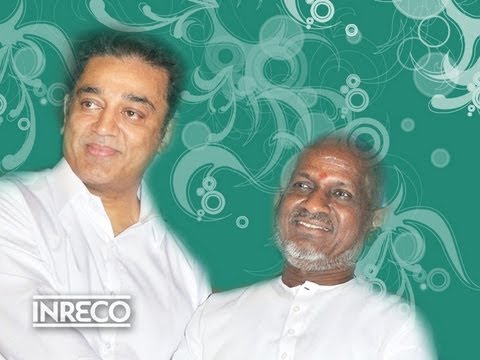 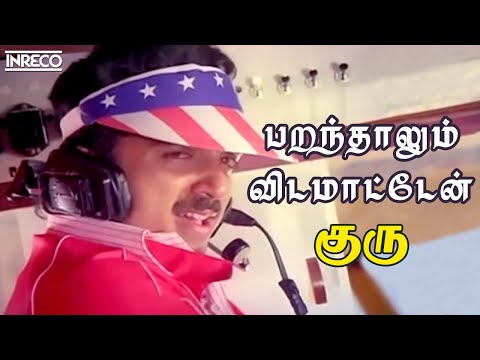 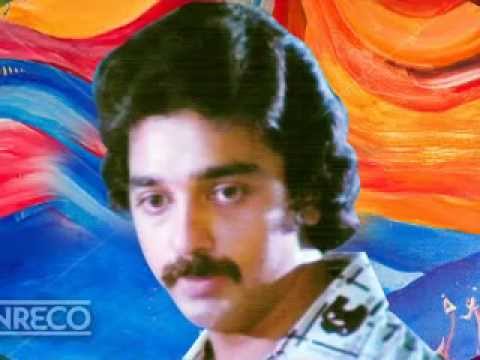 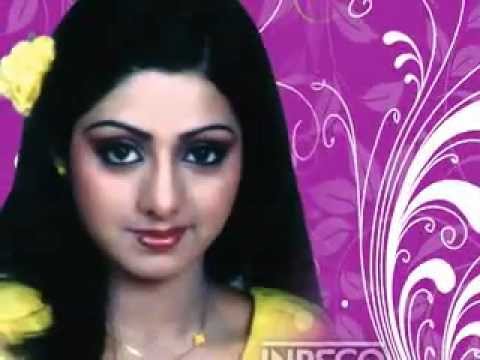 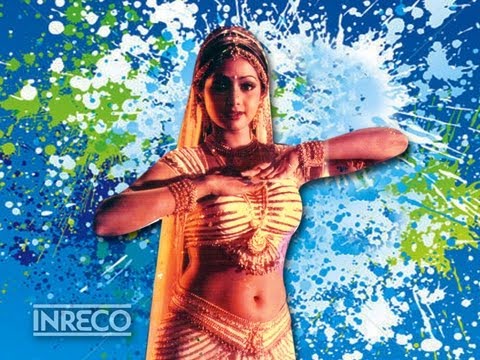