Cancel
This boisterous romantic comedy hellos the trials and triumphs in the life of Hero (Salman Khan), who loves Rani (Rani Mukerji), but she doesn't. Hero, meanwhile, is a loyal worker at A-Z, a courier company helmed by baddie Khanna (Shakti Kapoor). The man actually distributes drugs around the city, the Tough cop Inspector Vishal (Arbaaz Khan) arrives in the city and starts trailing Hero whom he suspects to be involved in the racket. However, the poor unsuspecting Hero is innocent. So, when he stumbles upon the truth, Khanna has him disposed off. At the same time, he manages to shoot Vishal in the heart. A heart transplant takes place and Hero's heart is given to Vishal. Hero's spirit comes back to avenge his death, but only Vishal can see him. Since Hero's heart beats for Rani, it is only natural for Vishal to fall in love with Rani, but will she reciprocate this time?
See Storyline (May Contain Spoilers)

Embedded with laughs, this exuberant romantic comedy follows the life of Hero (Salman Khan), who works for a courier company owned by Khanna (Shakti Kapoor). He is spirited and humorous and is in love with Rani (Rani Mukerji), but she simply thinks of Hero as a good friend.

Enter Inspector Vishal (Arbaaz Khan), who works in the narcotics department. Vishal suspects Khanna to be involved in a drug ring and confronts him. Hero stands up to Vishal and defends his boss, but soon learns the truth behind Khanna. In a confrontation, Khanna kills Hero and shoots Vishal in the heart. The police department decides to transplant Hero’s heart into Vishal’s body.

Hero now appears as a ghost and can only be seen by Vishal, since his heart is in Vishal’s body. Hero says that he will only rest in peace after Khanna is killed, thus avenging him. Vishal decides to go about doing this, and he and Rani and Vishal begin to fall in love with each other. Hero dislikes this and tries to foil Vishal's plans of getting close to Rani.

But Hero and Vishal start getting closer and work together, becoming good friends after Vishal confronts Khanna's drug company. Khanna arranges to leave the country, but kidnaps Rani. Vishal and Hero go to save Rani and fight off Khanna's henchmen, but Vishal gets injured.

Hero then goes inside him and controls his fighting moves, helping him to beat the thugs. Rani witnesses this and realizes that only Hero would do those kinds of moves. She calls out Hero's name, though Vishal does not know that Hero is inside him. Rani then calls out to warn Vishal that a plane is moving towards him.

Vishal and Hero stop the plane, which Khanna is in, and then confront him. As they are talking, Vishal becomes distracted, speaking to Hero, and Khanna takes the opportunity to shoot Vishal. Hero takes Vishal's hand and shoots Khanna with the gun.

Khanna finally dies, and as Rani is comforting Vishal, he tells her that Hero is with them and he loves Rani. Rani then tells Vishal to tell Hero that she loves Him. Khanna's ghost rises from his dead body and Hero hits him. Khanna is taken to Hell and Hero is taken to Heaven.

Afterwards, Rani and Vishal have gotten married and are spending their wedding night and honeymoon in a house on the water. It is shown that Hero, now an angel, is happily watching over them from Heaven.

Based on 0 rating
0 user 0 critic
Did you know? Rani Mukherjee referred to the film as one of the worst choices in her career. Read More
0 User Reviews
No reviews available. Click here to add a review.
Cast

Salman Khan makes his singing debut in the film with the song "Chandi Ki Daal Par".

Rani Mukherjee referred to the film as one of the worst choices in her career. 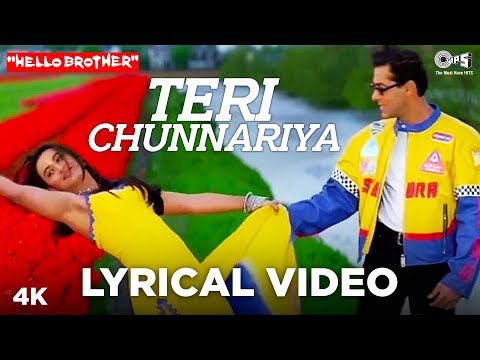