Cancel
"HELP" is a supernatural horror thriller which draws upon the story of a malevolent spirit that refuses to leave the human world and is out to exact retribution for past crimes committed against it. Protagonist Vic (Bobby Deol) is a successful horror film director in Bollywood and is married to Pia (Mugdha Godse). Pia and Vic are going through a difficult time in their marriage and in the midst of these troubled times they have to suddenly rush to Mauritius to take care of Pia's ailing father. On landing in Mauritius and going back to Pia's old family home Pia is confronted by her distant past which she has not had to face since she left Mauritius as a young 5 year old. Little do they know that there's something in this house. Something ancient and dark that remains hidden and silent. It can only wait, having been concealed in the shadows for years, poised to strike again. When Pia finds out that she is pregnant this darkly vicious spirit possesses Pia and starts to brutally kill the people close to her. As the darkness spreads, things start to get worse and the spirit tries to annihilate everything and everyone that comes in its way. Now Vic must race against time to save his pregnant wife, who seems to be possessed by the spirit of her twin sister Dia who died when they were both 5 years old. With the help of a renowned parapsychologist, Dr. Aditya Motwani, Vic has only 36 hours to discover the dark and terrifying truth behind Pia's family history of murderous madness and break the curse that has been put on them by a third mysterious other. Will Vic's love gather the strength to survive the paranormal with Aditya on his side or will they witness the most horrifying truth of their lives.
See Storyline (May Contain Spoilers)

A woman, Susan Alves, is in a mental asylum on the island of Mauritius in 1990. She frantically scribbles demonic images on her cell walls. Her husband, Joe Alves, comes to visit and they discuss their daughter, Pia. Susan panics and says she can't bear it and commits suicide in front of Joe.

In present-day Mumbai, Pia (Mugdha Godse) is now married to horror film director Vic (Bobby Deol). However, their marriage is strained. When Pia's friend Carol (Sophia Handa) from Mauritius informs the couple that Pia's father, Joe, has suffered a heart attack, they travel to the island and stay at Pia's childhood home, where it's revealed that Pia had a twin named Dia, who she was very close with. That night, Pia has a nightmare of a girl's ghost and inanimate objects in the house are seen moving around. The next morning, Pia has a flashback of Joe carrying a dead Dia out of the pool. She is very disturbed by this memory as she recalls that normally she was with her sister at all times, but the day Dia drowned, she wasn't. During dinner, when Pia goes outside to check on Tracy, the dog, who is barking ferociously at something invisible, she has another encounter with the girl's ghost.

Pia discovers she is pregnant. Meanwhile, Joe shares old photos with Vic and points out Dia's favorite doll, which was buried with Dia. Pia tells Vic of her pregnancy; the news mends their relationship and the couple is once again happy. However, unusual events continue occurring in the house. One night, Dia's ghost jumps down on Pia from the ceiling. The next morning, Pia is clearly not herself. When Tracy is found dead, Pia seems completely unfazed, which concerns Carol, as Pia loved the dog. Carol contacts her friend Aditya (Shreyas Talpade), a parapsychologist for help, informing him about the unnatural happenings in the house and Pia's unusual behavior.

Carol has an encounter with the ghost and flees but is hit by a truck and dies. At the funeral, Aditya senses that Pia's life is in danger and tells Vic. After encountering the ghost himself, Vic seeks Aditya for help. He searches the attic and finds the doll that was buried with Dia, a video cassette, Susan's diaries and some extremely morbid paintings by Susan, featuring images of suicide and inner turmoil. Vic visits the mental asylum and the janitor there tells him that Susan wasn't insane but in fact possessed by an evil spirit.

Vic and Aditya watch the video cassette, which shows Pia drowning Dia before giving the camera an evil smile. However, they suspect the clip only shows half the truth. After repeated viewings of the video, Aditya realizes Susan was already possessed even before Dia's death. He also notices the reflection of a third girl in the mirror: it cannot be Pia, as she is the one videotaping and it is not Dia, who is in front of the camera. It is the spirit, meaning Pia was not the one who killed her, and that through her uncovered doll, Dia was trying to send them a message about her true murderer.

Vic discovers Susan was pregnant with a third child and it seems that the women in the family become possessed when pregnant. A possessed Pia kills Joe. It is revealed that Susan was pregnant not with twins but with triplets. Dia and Pia came out fine, but there were major complications with the third child, and Joe had to take the decision to save Susan over the child. After realizing it is the triplet's spirit taking revenge against the family, Vic and Aditya try to destroy the spirit. Aditya is killed and but Vic manages to trap the spirit in the other realm.

7 months later, Pia delivers a healthy baby. However, while Pia sleeps, the baby is seen squirming and writhing; its eyes suddenly go blank like the spirit's, implying the spirit is now in the baby. 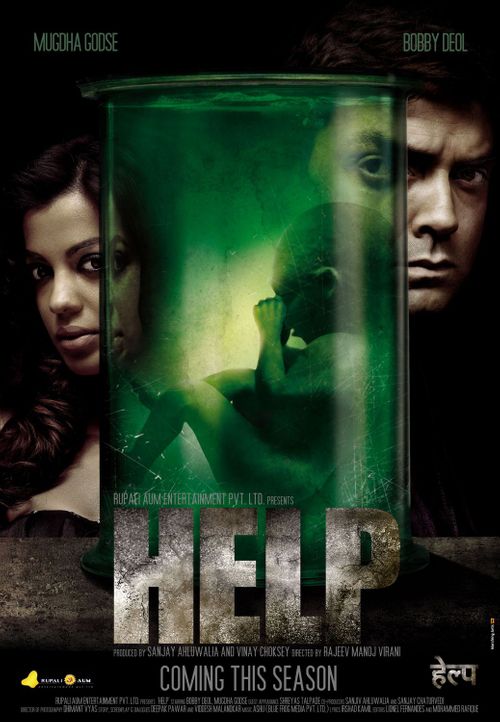