Cancel
Set during the making of Alfred Hitchcock's seminal movie 'Psycho', this love story is centered around this influential filmmaker and his wife Alma Reville.
See Storyline (May Contain Spoilers)

In 1959, Alfred Hitchcock opens his latest film, North by Northwest, to considerable success, but is troubled by a reporter's insinuation that it is time to retire. Seeking to reclaim the artistic daring of his youth, Hitchcock turns down film proposals like adapting Casino Royale in favor of a horror novel called Psycho by Robert Bloch, which is based on the crimes of murderer Ed Gein. Gein appears in sequences throughout the film in which he seems to prompt Hitchcock's imagination regarding the Psycho story, or act as some function of Hitchcock's unconscious mind (for instance, drawing Hitchcock's attention to sand on his bathroom floor, the quantity of which reveals how much time his wife Alma has been spending at the beachhouse with Whitfield Cook).

Hitchcock's wife and artistic collaborator, Alma, is no more enthusiastic about the idea than his colleagues, especially since she is being lobbied by their writer friend, Whitfield Cook, to look at his own screenplay. However, she warms to Hitchcock's proposal, suggesting the innovative plot turn of killing the female lead early in the film. The studio heads at Paramount prove more difficult to persuade, forcing Hitchcock to finance the film personally and use his Alfred Hitchcock Presents television crew to produce the film.

However, the pressures of the production, such as dealing with Geoffrey Shurlock of the Motion Picture Production Code, and Hitchcock's lecherous habits, such as when they confer with the female lead, Janet Leigh, annoy Alma. She begins a personal writing collaboration with Whitfield Cook on his screenplay at his beach house without Hitchcock's knowledge. Hitchcock eventually discovers what she has been doing and suspects her of having an affair. This concern affects Hitchcock's work on Psycho.

Alma takes over production of the film when Hitchcock is temporarily bedridden after collapsing from overwork. Hitchcock eventually confronts Alma and asks her if she is having an affair. Alma angrily denies it. Meanwhile, Hitchcock expresses his disappointment to Vera Miles at how she didn't follow through on his plan to make her the next biggest star after Grace Kelly; but Miles says she is happy with her family life.

Hitchcock's cut of Psycho is poorly received by the studio executives, while Alma discovers Whitfield having sex with a younger woman at his beach house. Hitchcock and Alma reconcile and set to work on improving the film. Their renewed collaboration yields results, culminating in Alma convincing Hitchcock to accept their composer's suggestion for adding Bernard Hermann's harsh strings score to the shower scene.

After maneuvering Shurlock into leaving the film's content largely intact, Hitchcock learns the studio is only going to exhibit the film in two theaters. Hitchcock arranges for special theater instructions to pique the public's interest such as forbidding admittance after the film begins. At the film's premiere, Hitchcock first views the audience from the projection booth, looking out through its small window at the audience (a scene which recalls his spying on his leading actresses undressing earlier in the film, by looking through a hole cut in the dressing room wall - which itself is a voyeuristic motif included in the film of Psycho). Hitchcock then waits in the lobby for the audience's reaction, conducting to their reactions as they scream on cue. The film is rewarded with an enthusiastic reception.

With the film's screening being so well received, Hitchcock publicly thanks his wife afterward for helping make it possible and they affirm their love. At the conclusion at his home, Hitchcock addresses the audience noting Psycho proved a major high point of his career and he is currently pondering his next project. A crow lands on his shoulder as a reference to The Birds, before turning to meet with his wife.

The final title cards say that Hitchcock directed six more films after Psycho, none of which would eclipse its commercial success, and although he never won an Oscar, the American Film Institute awarded him its Life Achievement Award in 1979 - an award he claimed he shared, as he had his life, with his wife, Alma.

The photograph Alfred picks up and reflects after his fight with Alma is an actual photograph of the real Hitchcock and Alma. 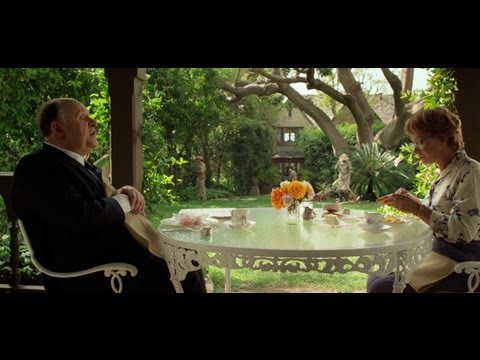 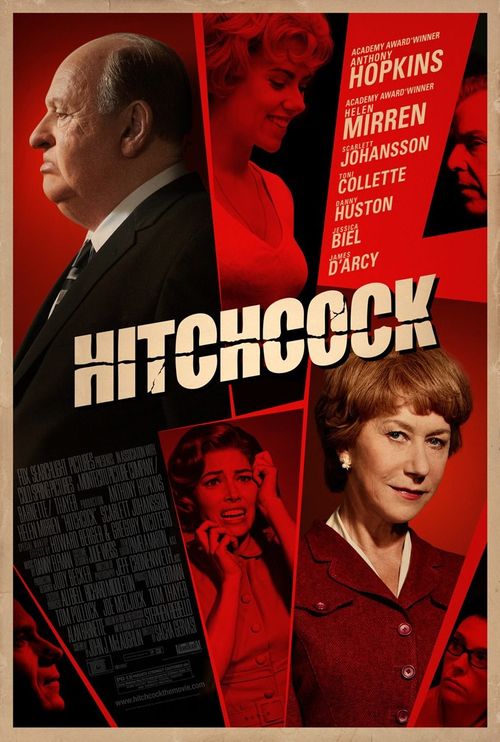 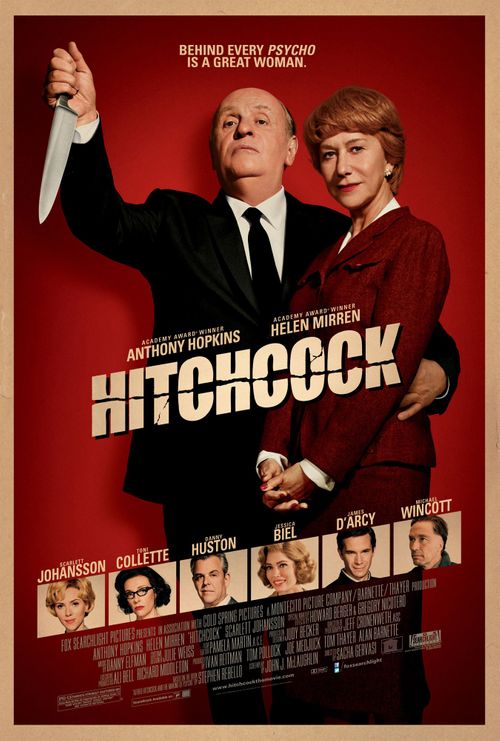 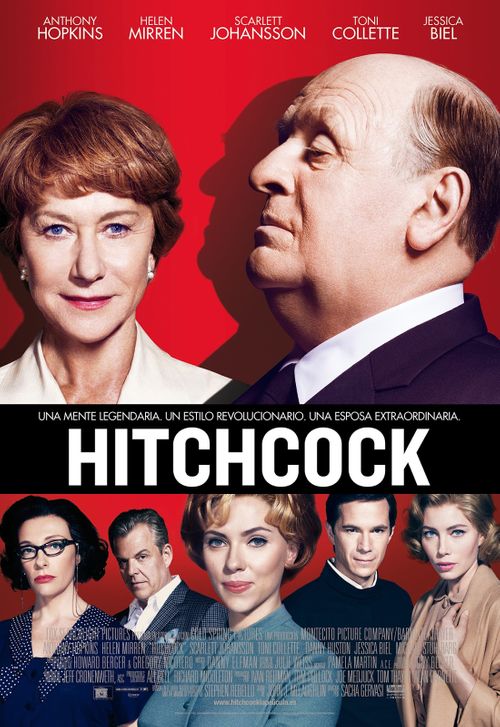 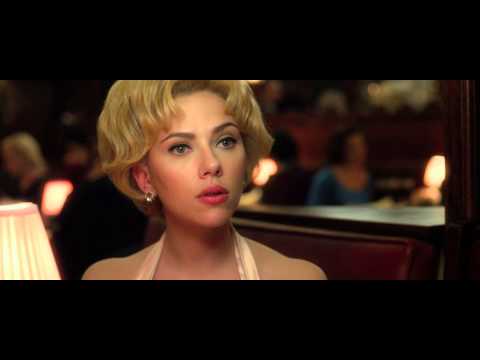 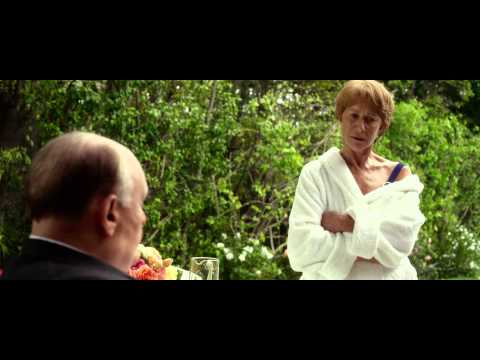 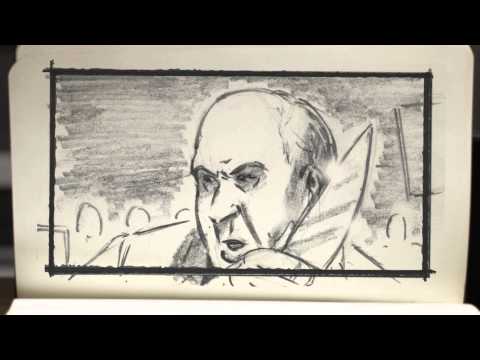 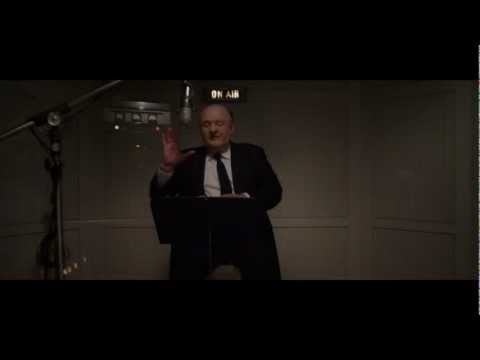 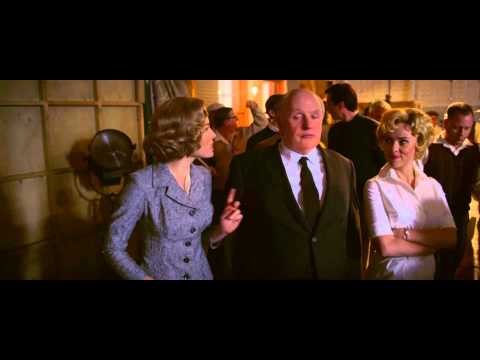 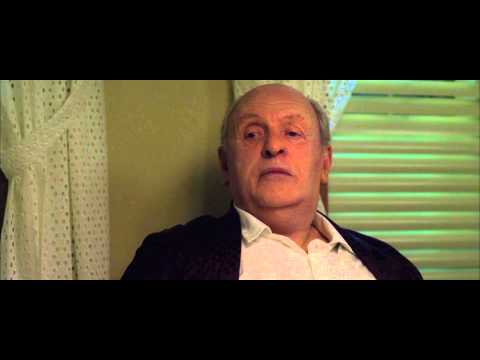 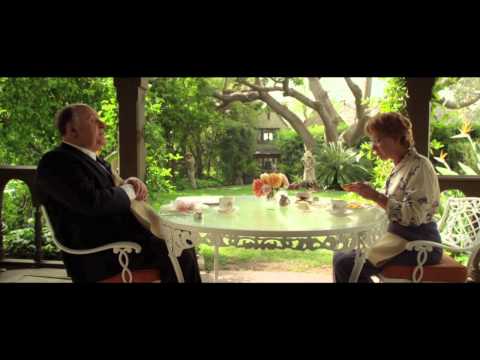 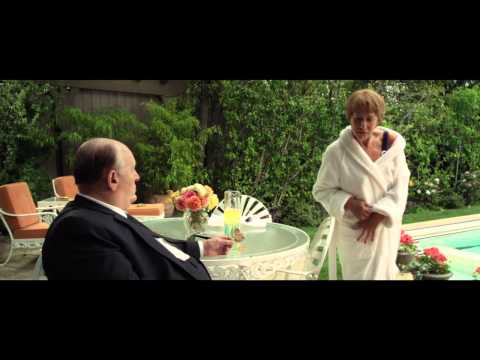