Cancel
During the Taj Hotel terrorist attacks in the year 2008, the hotel staff risk their lives and do everything they can to keep everyone safe, to protect them and their families.

Based on 1 rating
1 user 19 critic
Did you know? 'Hotel Mumbai' was based on the true story of an Islamic militant organization that carried out a series of twelve coordinated shooting and bombing attacks lasting four days across Mumbai in India. Read More
19 Critic Reviews

Hotel Mumbai is the film to take on the task of depicting the terrorist incident in a cinematic, but reverent manner.
Mike Reyes, Cinema Blend
0

A Harrowing Recreation of the 2008 Terror Attacks.
Jeff Sneider, Collider
0

Hotel Mumbai shows us the terror we find in terrorism. One relives the emotions while watching the horrifying events unfold on-screen. That's precisely why it triumphs as a feature film. Thumbs up!

Hotel Mumbai, based on the 2009 documentary Surviving Mumbai, is more or less a true story, with a gripping and gut-wrenching - at times, almost too gripping - screenplay by director Anthony Maras and John Collee, which leaves you stunned and traumatized. It is a ticktock of horrific violence, which began in Mumbai's main train station and shifted to the Taj. The movie grabs your attention from the inception itself. Each and every sequence that unfolds on-screen gives you goosebumps. It's chilling!

Hotel Mumbai is an unsparing clockwork thriller, which depicts that the worst of tragedies can inspire the best in its victims. The callousness with which the terrorists operate is palpable and conveyed with a degree of verisimilitude that borders on sadism. Director Anthony Maras makes sure he doesn't skip a beat while narrating the vital episodes. Sure, the skeptics may argue, we have read and seen it all through various forms of communication, but what the director accumulates is beyond words. The film is skilfully made and co-writer/director Anthony Maras clearly wants to pay tribute to those who risked their lives to help others. One relives infuriation, distress, grief & helplessness while watching the dastardly events unfurl on-screen.

That tension is the most problematic - and therefore interesting - thing about Hotel Mumbai. There's a quiet radicalism in making a movie that is, at its heart, all about people who sacrificed their lives in saving others. It makes you salute & respect them. Director Anthony Maras must have faced the challenge to reconstruct the events and replicate the gruesome acts on celluloid. Hotel Mumbai is one film where the real-life episodes take precedence. And I avow that the outcome is absolutely spellbinding.

The screenwriting (Anthony Maras and John Collee), the dialogue, the cinematography (Nick Remy Matthews), the shootouts, the background score (Volker Bertelmann), the set (Scott Ashenden) and the edit (Peter McNulty) add credence to the enterprise that attempts to portray the carnage.

Hotel Mumbai is a film that is completely performance driven because it's not a rescue thriller, it is subtly-crafted drama meant to celebrate hope and resilience. Special mention to the casting directors here - Ann Fay, Leigh Pickford and Trishaan.

On the whole, Hotel Mumbai is akin to watching the barbaric act in rawest form. It's a gripping, hauntingly unnerving and emotionally draining watch. It also reminds us of the extraordinary courage of the ordinary people. Do not miss it! Bravo!

Pawan Singh
as The Bull

Trishaan Sarkar
as Chief of Police

The movie was inspired by the 2009 documentary 'Surviving Mumbai'.

Netflix was set to distribute the film in India and other South and Southeast Asian territories but they had dropped the film after a contractual dispute arose with the Indian distributor Plus Holdings.

The filmmakers were given access to original transcripts of intercepted mobile calls between the ten terrorists and their handlers.

A memorial monument was erected in the lobby at the Taj Palace Hotel to honor the victims and fatalities from the 2008 siege.

'Hotel Mumbai' was based on the true story of an Islamic militant organization that carried out a series of twelve coordinated shooting and bombing attacks lasting four days across Mumbai in India. 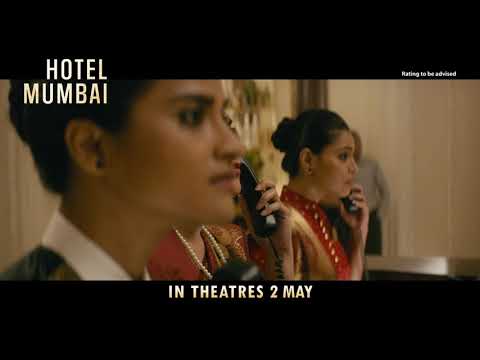 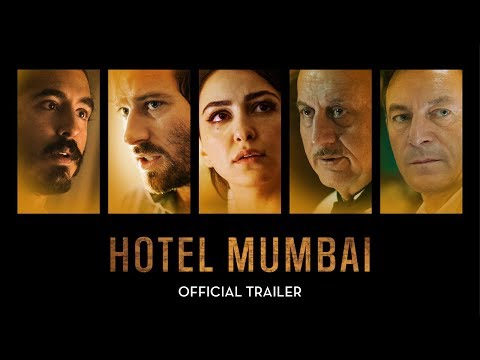 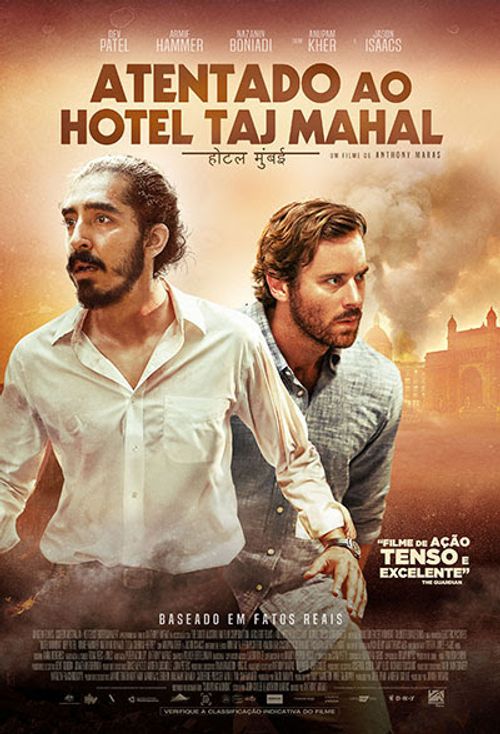 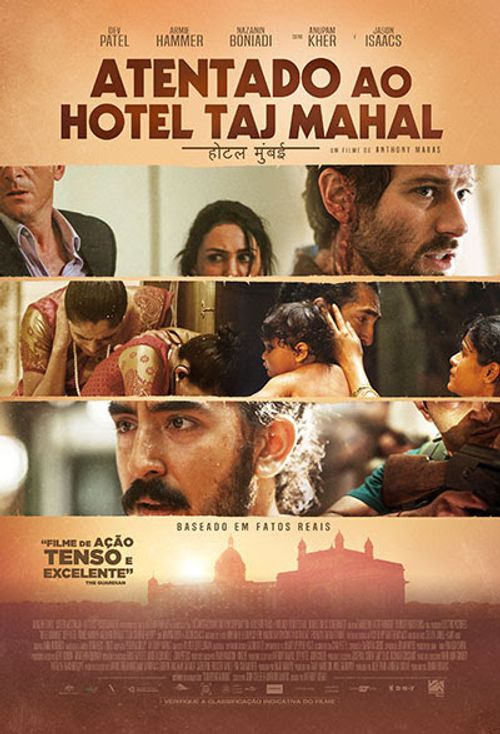 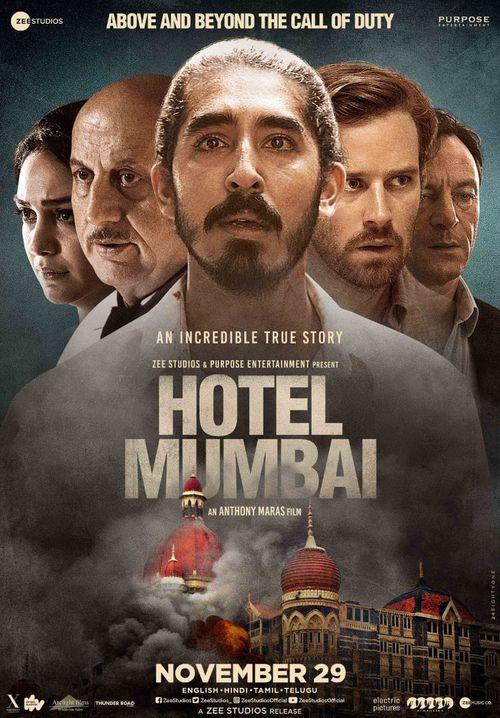 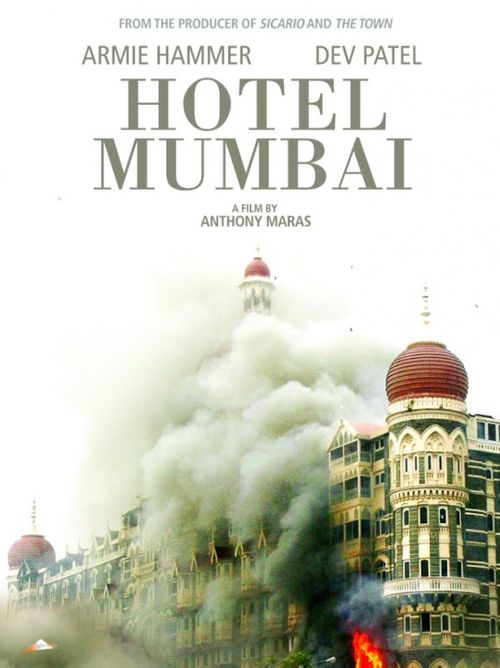 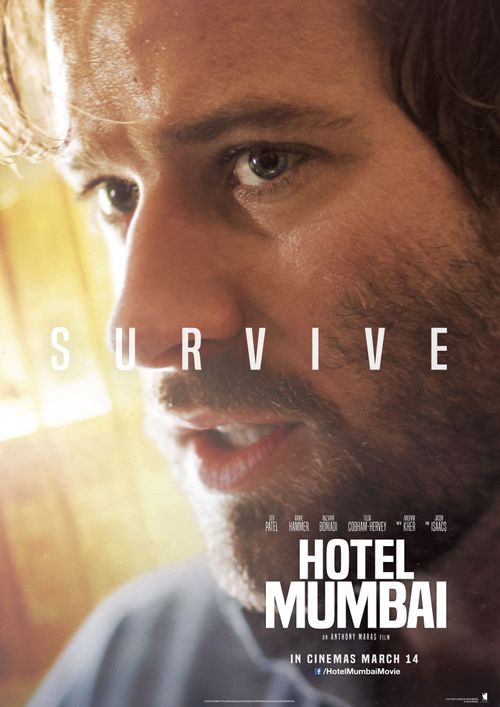 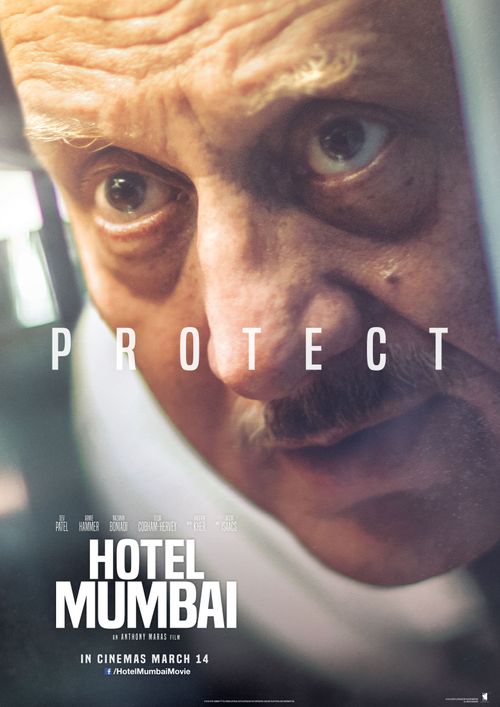 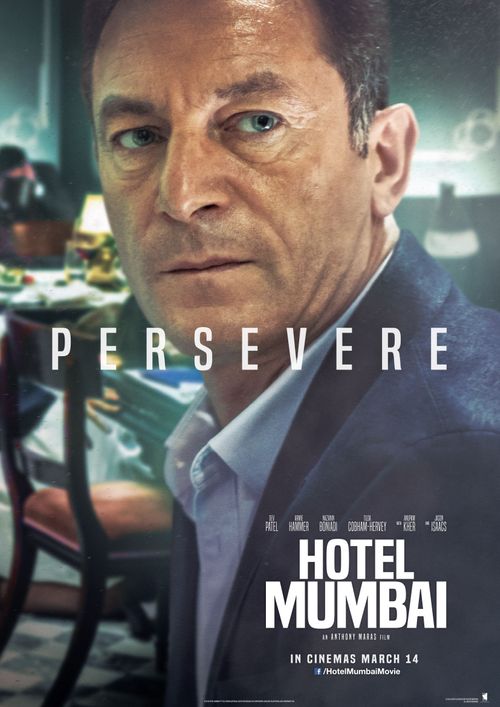 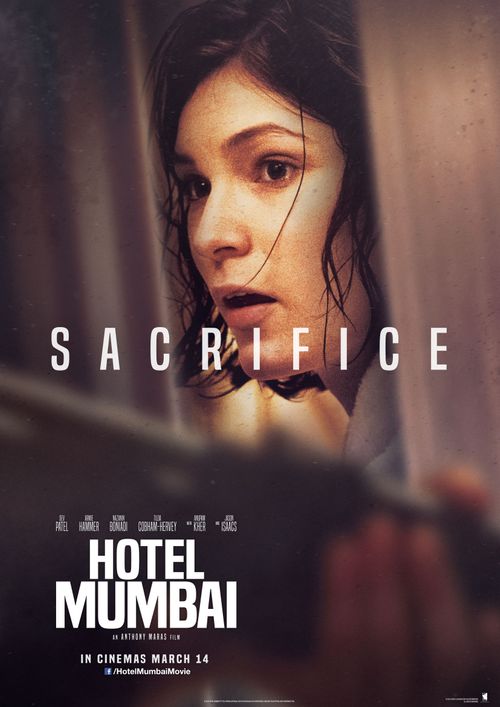 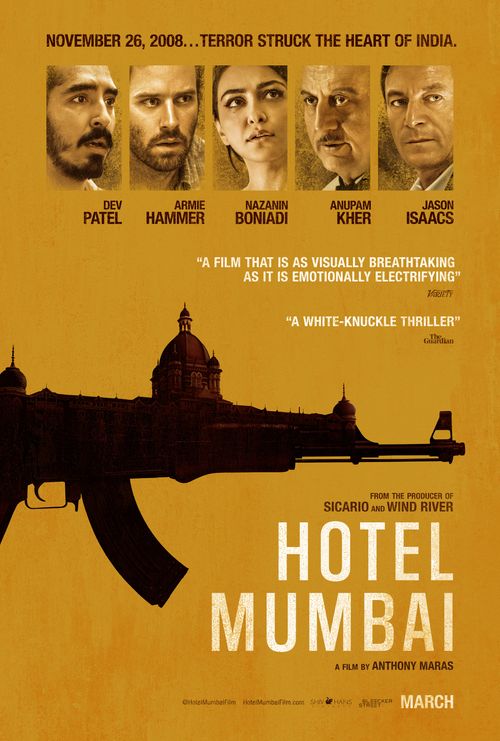 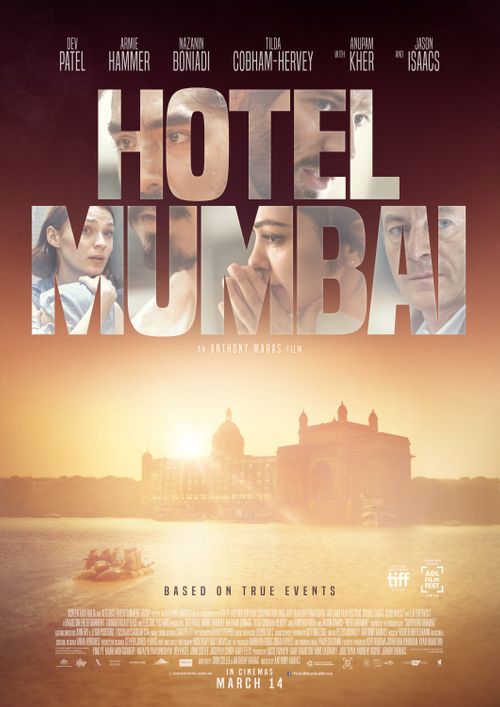 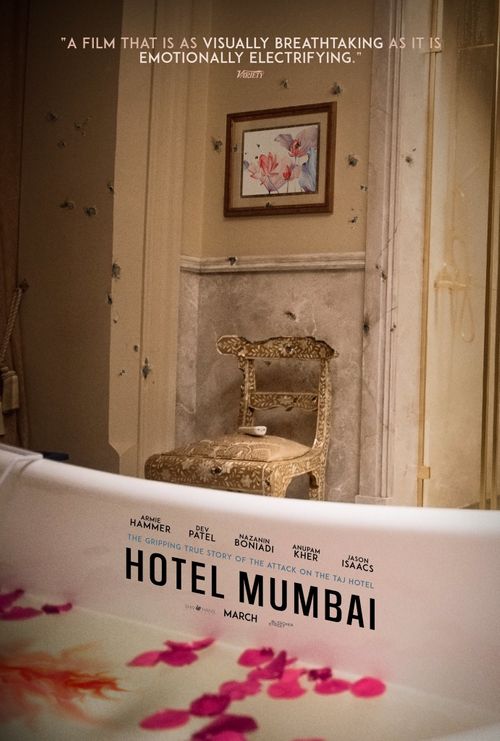 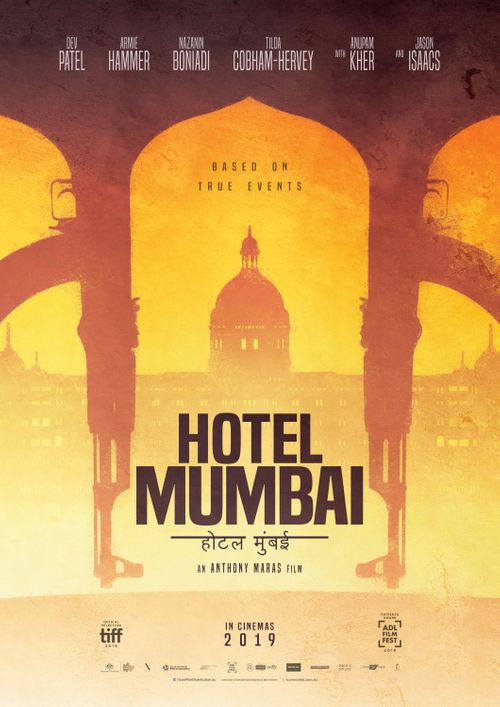 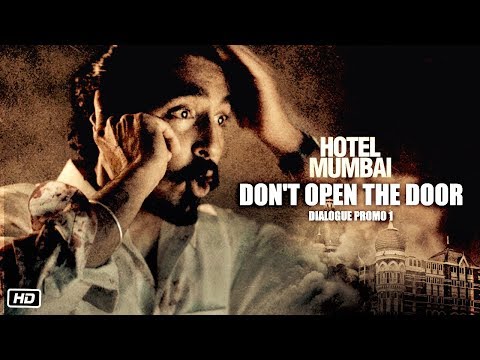 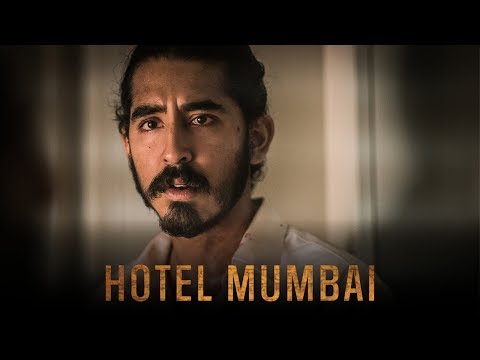 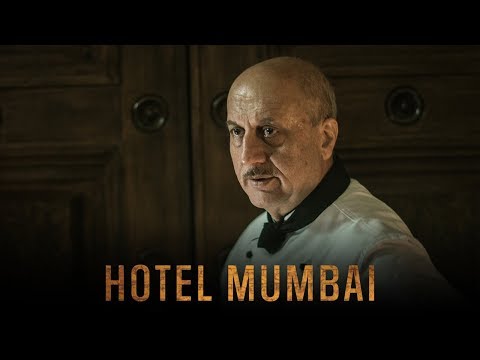 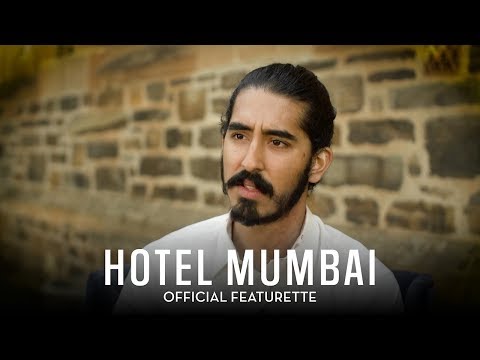 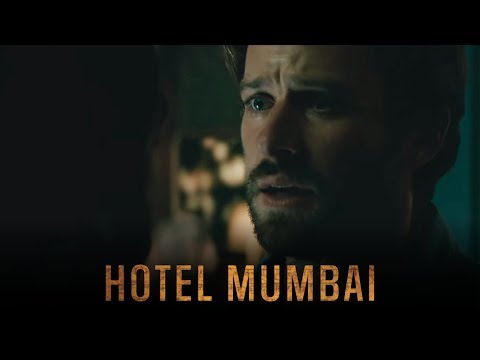 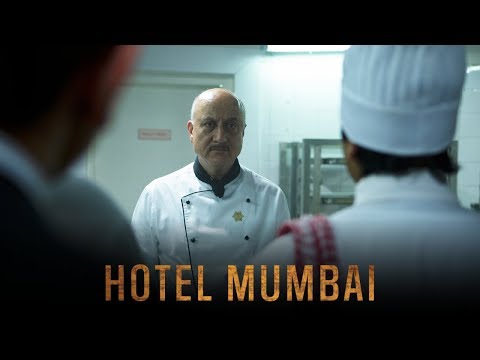 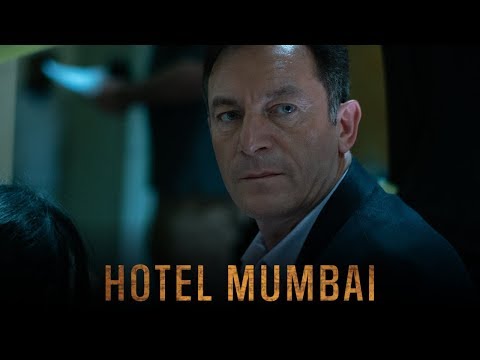 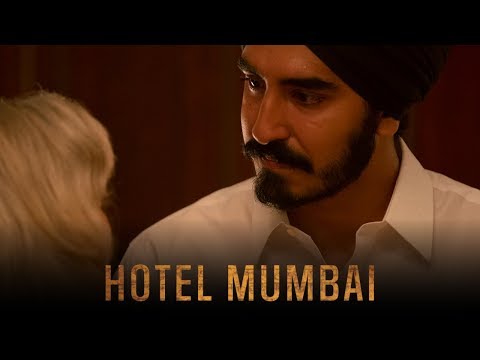