Cancel
Bruce Banner, a genetics researcher with a tragic past, suffers an accident that causes him to transform into a raging green monster when he gets angry.
See Storyline (May Contain Spoilers)

Bruce Banner, a brilliant scientist with a cloudy past about his family, is involved in an accident in his laboratory causing him to become exposed to gamma radiation and Nanomeds (a tiny life form that is supposed to heal wounds, but has killed everything with which they have made contact). Confused and curious about his survival, Banner discovers that since the accident, whenever he becomes angry, he transforms into a giant green monster destroying everything in sight in an act of rage. Bruce's mysterious past and the answer to why the radiation had this effect becomes revealed to him as his birth father David Banner intervenes with hopes to continue experimenting on him.

Based on 1 rating
0 user 0 critic
Did you know? Edward Norton was offered the role of Bruce Banner, but turned it down, as, despite being a fan of the Hulk, he didn't like the script. He later accepted the role in The Incredible Hulk (2008). Read More
0 User Reviews
No reviews available. Click here to add a review.
Cast

Much of the on-screen microbiology work is real, and is the work of Director Ang Lee's wife.

Nick Nolte grew his hair wildly for this film when he was arrested on drunk driving charges and photographed for his now infamous mug shot. 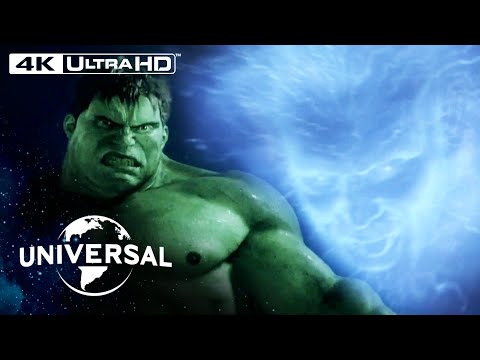