Cancel
Vikram is a honest police inspector on the trail of Chimanbhai, little knowing that people behind the crimes are none other than politicians who will do anything to protect the criminals.
See Storyline (May Contain Spoilers)

A gangster named Shah, owing allegiance to the Janardhan gang, is killed by Chimaanbhai (Paresh Rawal). Although Janardhan is in prison, he ensures that Chimaanbhai is notified of his anger and vengeance. Chimaanbhai arranges a meeting with Janardhan and kills him. Some schoolchildren and their teacher, Aarti Singh, who are at a picnic nearby witness this, but Chimaanbhai and his men hunt them down and kill them all. The entire country is shocked at this killing, and the police are under pressure to apprehend the killers at any cost.

Aarti's brother, police inspector Vikram Singh (Akshay Kumar), assists in finding out who the killer is and gets his girlfriend, Divya (Shilpa Shetty), to pose as Aarti to lure the killers into the open. This get results – albeit not the ones Vikram and Divya had hoped. They are now on the run – from Chimaanbhai's gangsters and from corrupt policemen, a member of Parliament (who is involved and will do anything within his power to ensure that both get killed). Divya plans to get kidnapped, but Vikram gets kidnapped instead. When he tries to escape, Chimaanbhai attacks him. Chimaanbhai is then shot by Divya from his backside.

Based on 0 rating
0 user 0 critic
Did you know? The film was initially titled Sazaa. Read More
0 User Reviews
No reviews available. Click here to add a review.
Cast

The film was initially titled Sazaa. 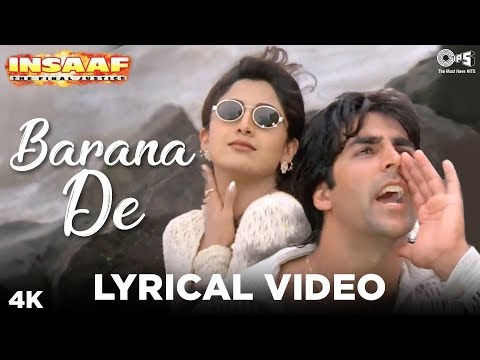