Cancel
A grief stricken man succeeds in finding the man who had destroyed his family and decides to punish him for the crime.

Though, 'Irudhi Aram' reminiscents one of the earlier works at places, as a indigenous creation and its making, it stands apart. Especially, with its climax that justifies the title.
by Santio on 14 Feb, 2017

After a sincere entertainer "Muran Thodar (https://www.youtube.com/watch?v=_hAcgyFDwBA&t=67s)", Director D.KamalRaj has attempted a serious theme, a suspense thriller. We can see him slowly venturing into the hard core movie making. He has harnessed his directorial skills. தனது இயக்க திறமைகளை மெருகேற்றிருக்கிறார் (Sorry for spelling mistakes, if any). I loved it to be highlighted in Tamil, especially for the striking impact the word creates, though found the equivalent in English :)

He has demonstrated how emotionally powerful is visual media, by conveying fear, agony, hope, betrayal, anger, revenge, friendship, grief and guilt, all through a single small package. Also has proved that, 3 minutes is more than sufficient for a passionate filmmaker to leave a scar into audiences' mind.

Actors have done justice to their roles by emoting at their best. I may be too naive, to comment on such a great actor like Guru Somasundaram , as everyone knows him. But, with privilege I would like to appreciate Satish, who is to me is a versatile actor and has handled this role with ultimate ease. Getting introduced with a mass element in 'Muran Thodar', Satish has nailed it emotionally this time. Though playing one of the key characters, Satish has got a minimal screen space to share. Within which, his screen presence, the anger on the stare and wiping off the tears were remarkable. Kudos, Satish.

Cinematography gets a standing ovation for the crystal clear night shots. Let it be the passing train on the very first shot or the man walking with the mobile flash light 'ON' and a petrol can or the campfire or the Honda car in the backdrop, every frame has captured amazing amount of details (I was fortunate, to watch the uncut version). It has given blood and flesh to the Director's writing.

Sound Engineering and Music department, has accentuated the final product. It gives such a lively experience that, with no doubt it can pull the viewers into its ambiance. The night sound effects and the Urumi instrumental on the end credits, need an applause.

Final verdict: Though, 'Irudhi Aram' reminiscents one of the earlier works at places, as a indigenous creation and its making, it stands apart. Especially, with its climax that justifies the title.

Hearty congratulations to the entire Team, for getting selected for First Clap movie-buff contest and reaching top 17 out of 250+ entries.

Do watch the movie and vote for it! 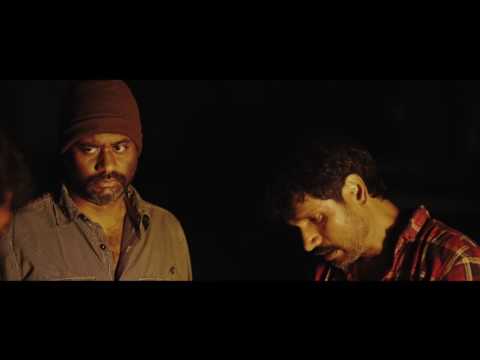