Cancel
This Western spoof is laden with laughs, and set against the backdrop of Jayshankarapuram, home of Tamil-speaking cowboys, which has been plagued by the tyrannical rule of the one eyed Kelakku Kattai (Nasser). Four brave young men from the village set off to find a saviour who can rescue them from their struggle, and provide their region with freedom, peace and prosperity. Will they be successful in their search? Will they return with a hero strong enough and brave enough to stand up against Kelakku Kattai and defeat him?
See Storyline (May Contain Spoilers)

The town of Jayshankarapuram, home of Tamil-speaking cowboys, is ruled by a one-eyed tyrant Kelakku Kattai (Nasser) (literally "Eastwood"), who rules over other villages as well, is always surrounded by his assistants Pakki (Lakshmi Rai) and Ulakkai. In order to free their town from Kattai's rule, four men (played by Mouli, Ilavarasu, Ramesh Khanna and Vaiyapuri) travel to a neighboring town Sholaypuram to seek out a savior.

There, they encounter Singaram (Lawrence), a man with a noble heart, who has been sentenced to death for negligence of duty. The gang saves Singaram from execution and explains their situation. Singaram learns why he was chosen: the previous marshal of Jayashankarapuram, the brave Singam (also Lawrence), the only one who stood up to Kelakku Kattai's tyranny, bore a striking resemblance to Singaram. Singam disappeared under mysterious circumstances years ago and the town was left defenseless.

Thus Singaram is brought to the village and passed off as Singam. Singaram learns to adapt to his new name, learning all of the hero's skills and tricks. He wins the respect of the village seniors (Delhi Ganesh, Manorama and others), and a girl Baali (Padmapriya) falls for him. Soon he surpasses the original hero's prowess, though initially it is due to dumb luck.

In between the hero’s and the villain’s camp is a Red Indian village where the tribals are pure vegetarians. With the introduction of this village, Aathirikesa the leader of the tribal group, his father Rangula, and his beautiful daughter Thumbi are also introduced.

The gist of the story: The villagers at Jayashankarapuram find a map that is hidden in their ‘MGR Timesquare’. But it is only one half they have. They have to find the other half to hunt for treasure that is preserved and hidden somewhere far away. But the villain, Nasser has other plans. He negotiates a deal of freeing prisoners in exchange of the treasure. Does the Marshall Singam along with Sai Kumar, Lakshmi Rai, Vaiyapurai, Ilavarasu, MS Bhasker and Sams find the treasure?

Based on 3 ratings
0 user 0 critic
Did you know? The lead male actor Raghava Lawrence began his career as a dancer and choreographer, and is known for his intricate hip-hop and westernized dance moves, having won as many as won 4 Filmfare Awards South for best choreography. Read More
0 User Reviews
No reviews available. Click here to add a review.
Cast

After the movie "Ganga", this is the first full length cowboy movie made in Tamil cinema after 38 years. 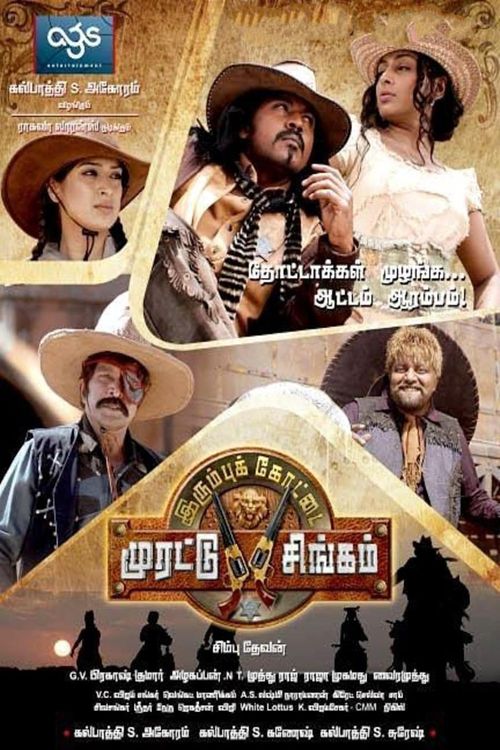 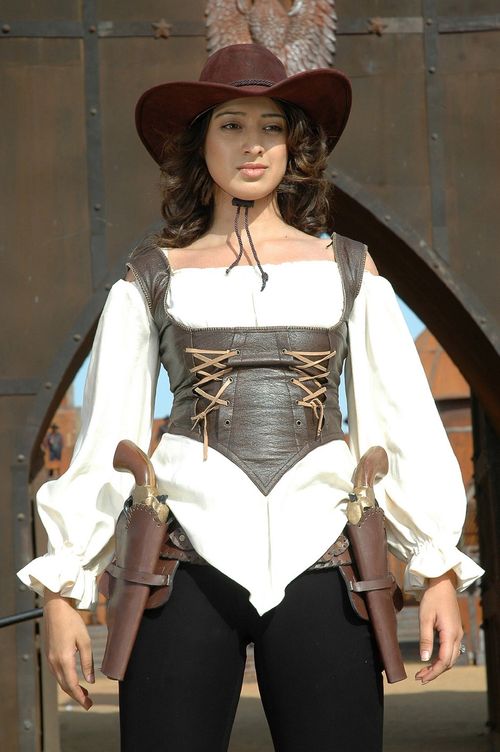 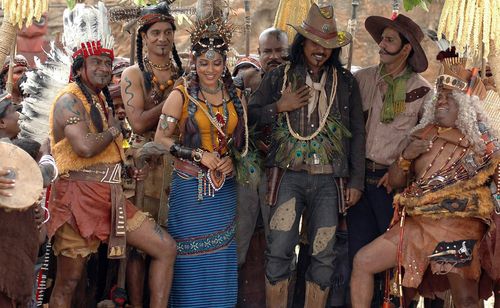 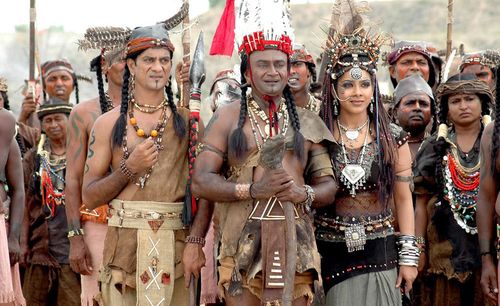 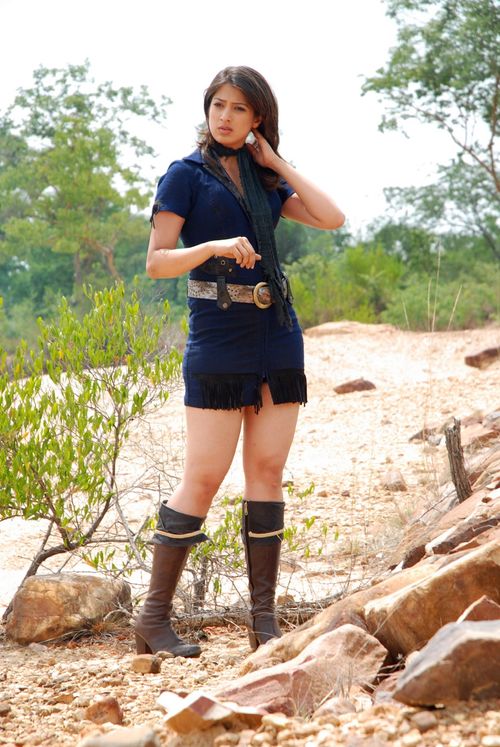