Cancel
Directed by Suneel Darshan, starring Akshay Kumar and Karisma Kapoor in the lead roles. This Crime drama follows a criminal who changes into a responsible man because of a child, faces his past returning to destroy him, and the child's parents who come back to claim him back.
See Storyline (May Contain Spoilers)

Orphaned when his mother dies of hunger, Babu (Akshay Kumar) is corrupted by Sultan, an ambitious criminal mastermind. He grows up to become "Badshah", a professional criminal working for Sultan. The story starts with Badshah and Abdul robbing a jewellery store and being chased by the police but the police lose track of them. The next day Badshah sees Sapna (Karishma Kapoor) singing and dancing for money. Badshah notices her ripped clothes and gives her money for new clothes and she says that he was the first person to realise that. Inspector Pradhan comes to Badshah and tells him that he knows that Badshah committed the robbery from the previous night. When Badshah and Abdul go to exchange weapons for money with other gangs, the police interrupts. Immediately, Badshah and Abdul run away and a car chase ensues between Inspector Pradhan, and Baadshah and Abdul. In the process, Badshah is shot in the arm and both their vehicles end up falling off a cliff and crashing to the ground. With Inspector Pradhan trapped in his vehicle, which is near exploding, Badshah helps Pradhan get out but Pradhan, whom is resolved to his duty, in his injured state tries to put him under arrest. Badshah knocks Pradhan out but the car explodes injuring Badshah.

Abdul leave's Badshah to a nearby river and goes to get help. Sapna finds Badshah injured on the river and takes him to her home. She looks after Badshah and cures him. Soon Sapna's greedy, drunk uncle finds about Badshah. He doubts Sapna and asks her about him. Sapna argues and tells him the truth. Abdul visits and tells Badshah to rest. Sapna's uncle comes and tells her about a job that will earn her more money but when she goes with him, he tricks her instead and trades her for a bottle of liquor to a man, who attempts to rape her. Badshah shows up in time and saves her. Badshah tells Sapna everything and explains her that she probably hates him but that doesn't make any difference to her because she was lonely, too. Badshah makes another deal with the same person and unknownst to him, that person is working with the police and gets Abdul arrested. Despite being surrounded by cops on a building rooftop, Badshah manages to jump off the roof, and luckily he lands on top of a passing truck and escapes. Pradhan tries to beat out answers from Abdul but he keeps quiet. Meanwhile, the people and Sapna's Mama are talking about what her relationship with Badshah is. Badshah comes and says to Sapna that they will get married the next day.

While heading to the temple for his wedding, Badshah finds and chases after the person he was dealing with and in a fit of rage Badshah kills the person for his betrayal, and fleas the scene when the police arrive. Sapna, stood up by Badshah, becomes a laughing stock by her neighbors. Badshah finds a baby who was lost from his parents due to a train accident. The baby catches a fever and Badshah goes to Sapna for help. Sapna mistakenly thinks that he was already married. Badshah attempts to leave the baby at a mosque but he decides to adopt him when he realises how important that baby is to him. He raises the baby and takes care of him. Badshah leaves his criminal life behind and starts a new life as Babu Lohar (Iron Smith). Babu makes steel and works hard to earn money to provide for the baby. He takes care of the baby and becomes both its mother and father. He names the baby Raju and he doesn't want the baby to end up like him.

Seven years later Abdul is released from prison and Raju goes to school. The school principal Mamta, unknowst to anybody, is the real mother of Raju. She gets very attached to Raju when she meets him and the two bond together. She showers him with gifts, which infuriates Babu as he doesn't want any rich people to spoil his son. Soon, Abdul finds out about Badshah's new identity and confronts him. Babu talks to Abdul and goes to Sultan telling him to leave him alone. Abdul finds Sapna working in a bar and persuades her to try and kill Babu but Sapna breaks down in tears when she overhears the conversation between Mamta and Babu. She cries and realises she was wrong. After Babu refuses to give Raju back to the real parents, the court separates Raju from Babu since Babu did not legaly adopt Raju. But Raju doesn't like it and gets to go back to Babu, but Sultan's men capture Raju.

Babu goes to save Raju but gets trapped in a cell setup by Sultan. He tries to torture Babu by hurting Raju, using his 2 dogs. Babu manages to free himself and saves Raju from the dogs and he kills Abdul and Sultan as well. The story ends with Badshah reuniting with Sapna and Raju, and they decide to live with Raju's real parents.

Based on 0 rating
0 user 0 critic
Did you know? Akshay Kumar's look in the film is based on the Greek composer Yanni. Read More
0 User Reviews
No reviews available. Click here to add a review.
Cast

Kader Khan
as Singer on Square at Temple

Viju Khote
as Passer-by on Street who directs Bajrangi
Crew

Juhi Chawla was to do the film but was replaced by Karshima Kapoor.

The film is inspired by the life of actor Mahesh Anand and his relationship with his estranged son.

The song "Ah Drinking" by KenRock is a cover version of "Angoori Angoori". 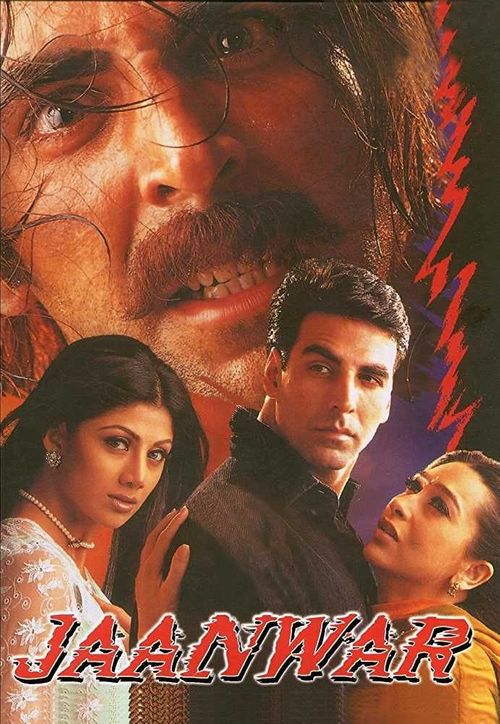