Cancel
This enchanting modern-day fairy-tale follows the adventures of a divine being, who is stranded on earth after losing her magical ring that possesses great powers. When she finds the ring, will she choose to return to her heavenly abode?
See Storyline (May Contain Spoilers)

Raju (Chiranjeevi), a courageous and spirited man, is a caregiver to four young orphans (Shamili, Shalini,and Richard Rishi). He is a tourist guide in a picturesque hill station.

One of the children is accidentally injured and, on the suggestion of an ayurvedic guru that the cure for this injury can be found on the banks of Manasa Sarovar, Raju goes to the Himalayas. During the same time, a celestial being, Indraja (Sridevi), the daughter of Lord Indra, happens to visit the Manasa Sarovar. She accidentally drops her ring, which is her passport to Heaven. Raju finds this ring and starts wearing it, unaware of its divine power. Because Indraja is unable to enter Heaven, Brihaspathi, the Deva-guru, allows her to go back to Earth to retrieve it before the next Kartik Poornima.

Indraja comes down to Raju's hometown. Due to her strange language and innocence to very common human traits, she is initially considered insane. Because of this, her umpteen confessions about her divinity are subject to laughter. Raju and the children take pity on her and provide her shelter in their home. She becomes close to the children and often ends up in trouble trying to take the ring from Raju.

In the meanwhile, Raju teaches a lesson to KP (Tiger Prabhakar), an arrogant millionaire. KP's goons launch a series of attacks on Raju and Indraja. Raju overcomes them, unaware that the ring is helping him. KP gets suspicious about Raju's supernatural power. KP approaches Mahadrashta (Amrish Puri), a sorcerer who sacrifices women to attain his powers. Mahadrashta discovers that Indraja is a celestial being and wants to sacrifice her to become immortal.

One day, the kids take Indraja on a car ride. The car loses control and Raju averts a major accident. Raju blames Indraja and abandons her. When Mahadrashta's men try to bomb the school, the youngest of the orphans is critically injured. When everyone's asleep, Indraja puts on the divine ring and saves the child. Raju realises Indraja's true self and repents for the folly. The two realise that they have fallen in love.

Raju uses the ring's power to scare KP and his goons. During this time, Mahadrashta tries to acquire it from one of the kids by hypnotizing her. A monkey grabs the ring and carries it far away, dropping it in the bowl of Kumkum at the feet of a statue of Hanuman. Raju and the kids search for the ring in vain.

Mahadrashta and his men plant false evidence in and around Raju's home to fabricate that Indraja is a sorceress to their neighbors. The two are beaten with stones and Indraja is carried away by Mahadrashta. The kids discover the ring and Raju sets out to save Indraja. A hypnotised Indraja does not recognise or respond to their calls. Upon coming in contact with the ring, she wakes up and destroys KP and his men. Raju kills Mahadrashta, refusing to use the ring, as human power is enough to defeat evil.

The very same evening is Kartik Poornima and Indraja, flooded by the loving memories of her time with Raju and the kids, is unable to leave. She throws away her ring and goes back to him to lead a mortal life instead of returning to her heavenly abode.

Based on 0 rating
0 user 0 critic
Did you know? This movie became a blockbuster and was subsequently dubbed in Tamil as 'Kaadhal Devathai', in Hindi as 'Aadmi Aur Apsara', and in Malayalam as 'Hai Sundhari', capitalising on Sridevi's universal popularity. Read More
0 User Reviews
No reviews available. Click here to add a review.
Cast 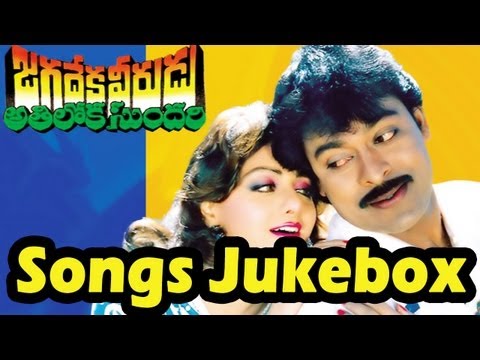 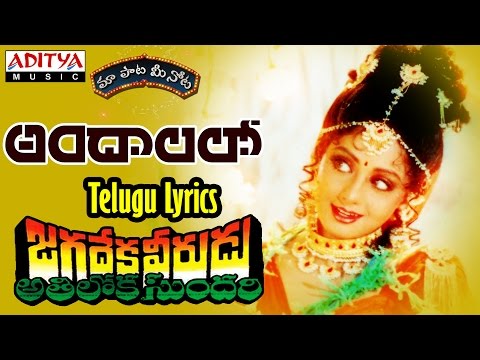