Cancel
A carefree, London-bred young man meets and falls in love with a young woman from India during a tour of Europe. By the time the shy lovers develop the courage to express their emotions, the girl's father arranges her wedding with a criminal. When the young man travels to India in order to help his girlfriend escape the forcible marriage, he learns about his father and his family's past. Will he be able to take on his father's mantle and become a saviour of the downtrodden?
See Storyline (May Contain Spoilers)

This multi-layered action drama revolves around Abhiram (Venkatesh), a fun-loving young man, who leads a carefree and happy life in London. He wins a contest along with a group of others, and gets the opportunity to tour Europe. During the trip, he befriends Uma (Soundarya), one of the contest winners and spends a lot of quality time with her.

Uma falls in love with Abhiram, but is too shy to express her emotion to him, so she leaves a message on his answering machine, but since Abhiram doesn't listen to the message at all, Uma returns to India, heartbroken by the assumption that Abhiram does not love her.

By the time Abhiram listens to the message and contacts Uma, her father commits to getting her married to Jasjit, a criminal. On a parallel note, Jasjit and his criminal network are in search of 'Mahadeva Naidu', and Abhiram's photograph shows a remarkable resemblance between the two, to the extent that they decide to eliminate Abhiram just for safety's sake.

When Abhiram comes to know that Uma is being forced to marry against her will, he decides to help her escape the situation. Reaching her hometown, he succeeds in meeting her, but they get surrounded by goons.

On the run, they are saved by Jhansi, who takes them to a hideout and reveals a shocking truth. The reason Abhiram resembles Mahadeva Naidu is that he is his biological son. Mahadeva Naidu is a saviour of the impoverished and downtrodden. and was killed for liberating 'low-caste' communities from exploitation. Now it is the responsibility of Abhiram, whose real name is Rudrama Naidu to take on his father's mantle and destroy their enemies. Will he succeed in his heroic mission?

Based on 0 rating
0 user 0 critic
Did you know? Venkatesh plays a dual role of father and son in this movie. Read More
0 User Reviews
No reviews available. Click here to add a review.
Cast 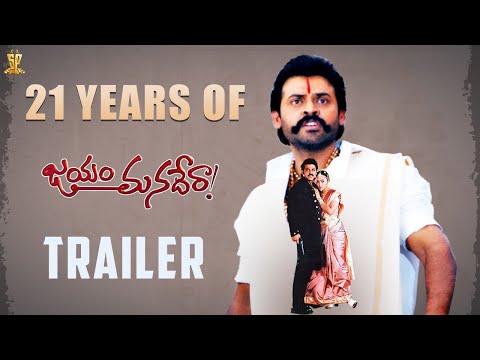