Cancel
After learning about the secret of a treasure from a runaway criminal, a group of tourists embarks on a journey to find the hidden treasure from Bombay to Goa.
See Storyline (May Contain Spoilers)

Lal wants to start his tourist bus service and enlists the help of his brother-in-law, Das, who takes him to Chor Bazar, and for two Lakh Rupees assembles a hideous-looking bus to transport passengers from Bombay to Goa. Selling his tickets at a discount of 40 percent, Lal becomes the Conductor, while Das is the driver. Their passengers consist of Vetti Kutti Anna and his two bar dancer daughters, Deepa and Lajjo; writer Aditya Chopra; a runaway couple, Abdul Karim Telgi and Husna Khekeda; a diabetic patient, Charandas amongst others. On the way they pick up an elderly male, Harley Davidson, and Dr. Kushal Bhardwaj, as well as India's cricket team, and a four-person Nautanki group. After letting some passengers, including the cricket team and Harley, alight, they subsequently find Harley dying after meeting with an accident. Before dying, Harley tells them that 20 years ago he had robbed a fortune in diamonds and jewelry which he has hidden in Madgaon, and hands them a map. The passengers and crew hilariously scramble and compete with each other to find this treasure - not knowing that they are not the only ones after this stolen loot. 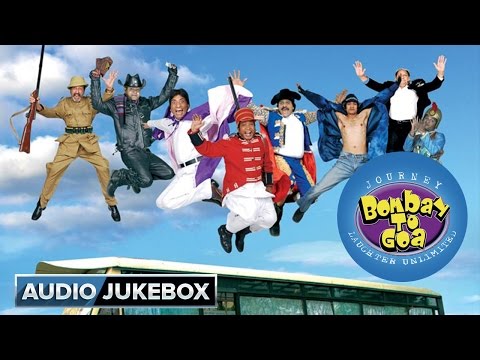