Cancel
After being branded a coward for abandoning his ship full of over 300 passengers. Captain Vijay Pal Singh, is discharged from duty, humiliated by society and disowned by his parents. Feeling guilty over his cowardice and with low self-esteem, he starts working as a coal miner to forget his past. But it still continues to haunt him, and he welcomes the pain of physical labour as punishment. The owner of the mine is Dhanraj Puri, a carefree and irresponsible man whose mine is poorly equipped, with less than sufficient medical supplies, and no facilities for the miners and their families. Vijay tries his best to help the workers out whenever possible, but with little or no resources, it is an uphill task. One day the unthinkable happens: water gets into one of the mining tunnels, endangering the lives of more than 400 workers. Vijay, along with some of his colleagues struggle valiantly to save as many lives as possible. Will Vijay finally succeed in defeating the demons of his past? Can the miners be saved?
See Storyline (May Contain Spoilers)

Vijay Pal Singh (Amitabh Bachchan) is a disgraced Merchant Navy captain who is branded a coward, humiliated by society and disowned by his parents for abandoning his ship risking the lives of over 300 passengers (perhaps inspired by Joseph Conrad's Lord Jim). Feeling guilty over his cowardice and with low self-esteem, he starts working as a coal miner to forget his past.

He meets and becomes friends with Ravi (Shashi Kapoor), an engineer in charge of the mine. He also makes an enemy in another co-worker named Mangal (Shatrughan Sinha) who is an escaped criminal working in the mine to avoid the police. Vijay's past comes to haunt him as he sees Mangal causing trouble for the coal miners and angry over his cowardice over what happened when he was in the navy, Vijay tries to defend the miners against Mangal.

Ravi eventually gets Vijay and Mangal to be friends after circumstances surrounding the mine force Mangal to change himself. The one person who supports Vijay him in his life is Dr Sudha Sen (Raakhee Gulzar) who tries to make Vijay face up to his past and move on. Ravi and Mangal also get involved in their own romances with Anita (Parveen Babi) and Channo (Neetu Singh), respectively.

When Seth Dhanraj (Prem Chopra) makes life difficult for the coal miners by giving them poor equipment, less than sufficient medical supplies and lack of facilities, Vijay, Ravi and Mangal come together to fight for justice against Dhanraj when water floods the mines endangering the lives of hundreds of workers including Mangal's. Can the lives of the miners be saved?

Based on 0 rating
0 user 0 critic
Did you know? The opening of the song "Ek Raasta Hain Zindagi" is a re-working of "Jolene" by Dolly Parton. Read More
0 User Reviews
No reviews available. Click here to add a review.
Cast

The filmmakers wanted to replace Rajesh Roshan as music director, but Lata Mangeshkar told them that if they did that, she wouldn't sing for them again.

The opening of the song "Ek Raasta Hain Zindagi" is a re-working of "Jolene" by Dolly Parton.

When the movie opened in Leicester's Natraj cinema, England in 1979, Amitabh Bachchan and Shashi Kapoor appeared on stage during the opening credits of the movie to surprise the movie audience. They were in the UK to promote the movie. 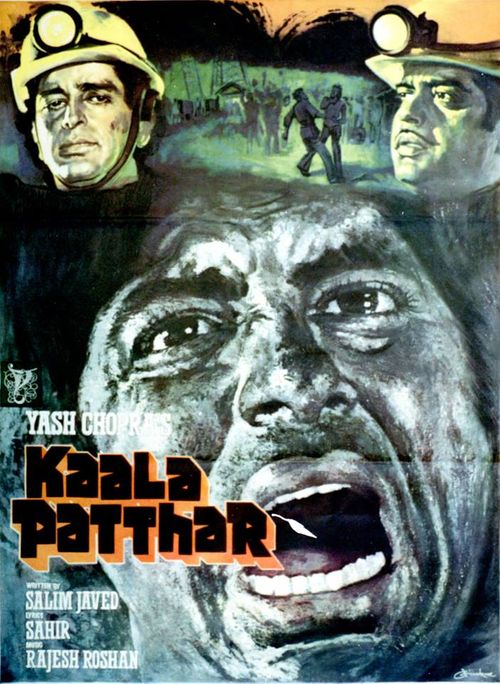