The film begins with an aging man named Vengadam (Prakash Raj) being released from jail in 1948. He is only being escorted for two days (the reason not revealed) back to his hometown of Kanchipuram. He is being transported under the custody of two policemen on a bus from the jail. As the journey takes place, Vengadam recalls his past symbolically as several events that occur in the bus (such as sounds) remind him of his past.

Vengadam is a silk weaver in the town of Kanchivaram, and has just recently got married (with Shreya Reddy). He had vowed once that he will only wed a woman wearing a silk saree, but had to settle for normalcy as he unable to garner enough savings to buy one. It is then revealed through his life proceedings that silk weavers are only paid a very low sum 7 rupees for each silk saree woven. This means that despite being weavers, they can't afford, nor even see the silk saree being worn by other people. Vengadam is shown as a talented weaver and best of the lot. Few years down the road, his wife gives birth to a baby girl, and according to tradition, the father has to give the daughter a promise by whispering into her ears. He shockingly promises that he will marry her off with a silk saree, which is met with skepticism by villagers and even his wife. He later reveals to his wife that he had saved a lot of money over his life, but couldn't save enough to marry her with a silk saree, but will be able to garner enough by the time their daughter grows to marriageable age.

But soon after, Vengadam's brother-in-law suffers losses in his business, and tells Vengadam that he will have to abandon Vengadam's sister because he wouldn't afford to take care of her. In desperation to preserve his sister's life and dignity, Vengadam hands over his life savings to his brother-in-law, leaving his silk saree ambitions in tatters. Soon after, a writer visits the town and asks for a place to stay- which Vengadam arranges in a friend's house. It is slowly revealed that the writer is a communist with an agenda. He promotes the idea of equality to the silk weavers after learning about their poor pay and their inability to access the very product that they make. By time, Vengadam alongside fellow weavers embrace this idea and participate actively in street theatre mocking their Zamindar, who employs all of them. After the writer is hunted down by police and killed (Communism was illegal at that time in India), Vengadam takes control, and under him, the weavers submit a petition demanding pay increase and other initiatives. The zamindar ridicules them for that petition. Frustrated, they steal and hide weaving tools to prevent the zamindar from bringing in weavers from different towns to cary on with the job. This continuous struggle leads to Vengadam being arrested, and the weavers protest to get him released. Finally, they are released and the zamindar agrees to slightly increase their payment. However, Vengadam continues the rebel, stating that this is their opportunity and have to make full use of it to reap long-term benefits. At this time Communism was announced as legal by the government, technically allied in the war to Soviet Russia, thus allowing them to continue their fight in the open.

However, to his shock, his friend's son (with whom his daughter is in love with) returns from the armed forces one day, and informs that the British are defeating Germans in the war, meaning that relations with the Communists have deteriorated. At the same time, he also wants to marry Vengadam's daughter before he is asked to return to the battlefield, leaving Vengadam perplexed as he has to fulfill the promise of sending her off with a silk saree. With only half of the saree finished so far, he suddenly goes against his own words and asks all weavers to rejoin work immediately, and is branded a traitor. At work, he secretly smuggles strings of silks out of the temple in which he works to help him finish the saree in time. But after a while, he gets caught during smuggling, which causes him to get beaten up and sent to jail.

The story returns to present day, where it is revealed that his daughter has slipped and fell into a well, leaving her paralysed, with nobody to take care of her (Vengadam's wife died due to injuries sustained during a stampede by the villagers to see the zamindar's new motorcar, when his daughter was still young). He asks his sister to take her in, but his brother-in-law says it will hurt his dignity to have a thief's daughter stay in his house. Not knowing what to do, Vengadam poisons his own daughter and she dies shortly thereafter, ending her suffering.

As her dead body lay in front of the house, Vengadam opens up his house and finds the half-woven silk saree he had before. He takes the cloth and uses that silk to cover his dead daughter's body, in resemblance to what Vengadam said at the beginning of the film (at his father's death, Vengadam complained that despite his father being a silk weaver his whole life, he do not have a single silk cloth to cover his body, apart from a small piece tied at his toes as per tradition). He becomes mentally unstable (shown by his attempts at covering his daughter's face and leg with the half-woven silk saree). The films ends with a freeze frame shot of the mentally unstable Vengadam laughing towards the camera after covering his daughter's body with silk, before credits reveal how communism had become a forefront movement in India.

Based on 0 rating
0 user 0 critic
Did you know? This film was mainly shot in Mysore, despite the story being set in Kanchipuram. Read More
0 User Reviews
No reviews available. Click here to add a review.
Cast

The film was initially announced to be made in Malayalam as Kancheepuram, with Mohanlal in the lead and music composed by A. R. Rahman. Later the project was called off due to Mohanlal's busy schedule with other projects.

This film received the Best Film Award as well as the Best Actor Award for Prakash Raj at the 55th National Film Awards. Priyadarshan Nair won the zenith Asia award for best director. 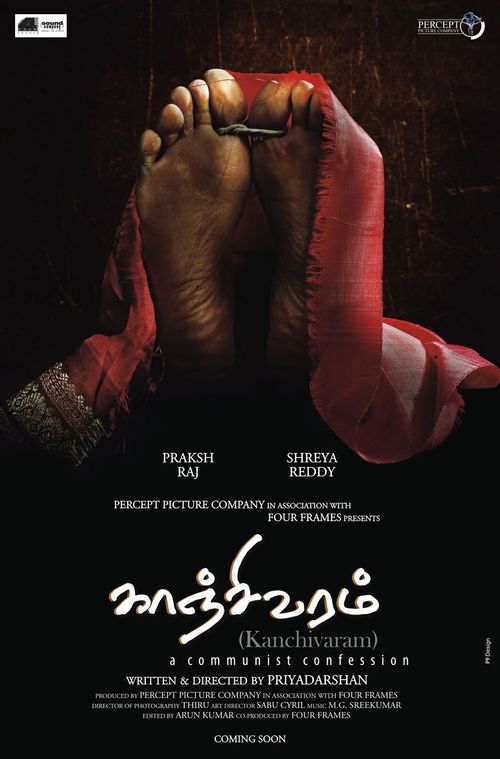 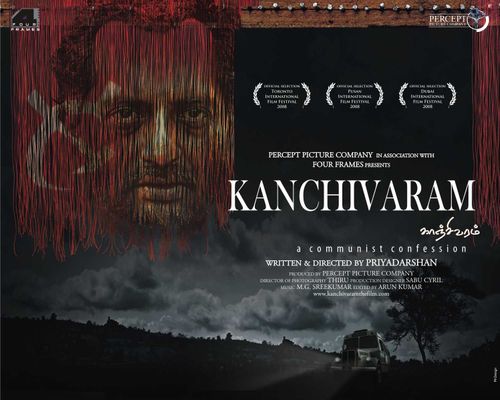