Cancel
Ramya and Krishna end up catching each other's throat whenever they happen to meet. Aravind (Krishna's Friend) parents arrange his marriage with Ramya. Its a smooth story on how love blooms between Ramya and Krishna because of circumstances, and who ends up marrying Ramya - Aravind or Krishna ?
See Storyline (May Contain Spoilers)

This family-oriented romantic comedy begins with two young children, a girl and a boy, who get into a terrible fight in the middle of a marriage hall. They meet again decades later, now as college students Krishna (Prasanna) and Ramya (Laila) during a college cultural meet and again lock horns with each other.

Fate brings them together once more a few years later, this time in Chennai and again they end up fighting with each other. Meanwhile, a series of events forces Krishna's close friend Aravindh (Karthik Kumar) to come to India from the USA to get married. His parents arrange his wedding with Ramya. Ramya, who decides to get married to help her younger sister's love, displays herself as a passive character who accepts whatever the life partner feel is right.

On the contrary, she is bold, active, independent and assertive in nature. Knowing this, Krishna tries hard to let her true character come out. However, Aravindh stalls the wedding plans and returns to the USA as he finds Ramya as a person who does not think on her own and not independent. Mistaking Krishna for influencing Aravindh, Ramya locks horns with him.

Meanwhile, Ramya's mother (Revathy) ends up in hospital and Krishna comes to the help of the family and eventually develops an affinity for Ramya, which turns into romance. Aravindh enters the party with a decision to marry Ramya. Will Ramya and Krishna ever express their true emotions?

Based on 0 rating
0 user 0 critic
Did you know? Premji Amaran makes a special appearance in the rap portion of "Pushing It Hard". Read More
0 User Reviews
No reviews available. Click here to add a review.
Cast

Premji Amaran makes a special appearance in the rap portion of "Pushing It Hard". 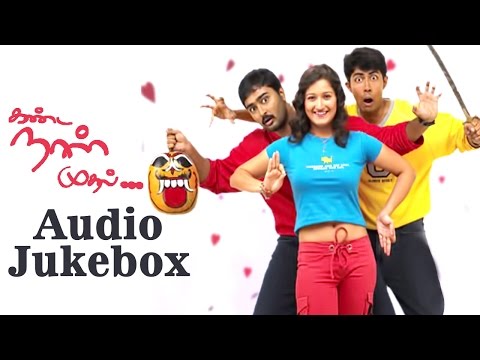