Cancel
It is a story of Chidambaram Pillai who started the first shipping company in India. He was a revolutionary leader who fought in the war for independent India.
See Storyline (May Contain Spoilers)

Biographical film on the life of Va. Vu. Chidambaram Pillai (Ganesan), a nationalist businessman who launched the Swadeshi Steam Navigation Company to break the British monopoly in shipping at the turn of the century, which earned him the honorific title Kappalotiya Thamizhan or ‘The Tamil who launched a ship’. An important film in Ganesan’s post-DMK project of wrapping himself in nationalist colours and one of Tamil cinema’s rare excursions into recent history. Set in Tirunelveli district, it features cultural celebrities like Subramaniya Siva (Shanmugham) and the poet Bharati (Subbaiah) whose poems were set to music and became popular songs. The mandatory duets and romance are updated via references to historical events like Vanchinathan’s (Ganesh) killing of the British collector Ashe, the burning of imported cloth, the Tuticorin riots and the Harvey Mills strike. The launching of the first Tamil ship is the climax. In line with the film’s political ambitions, the dialogue attempts to move away from the high-flown rhetoric of e.g. Elangovan’s 40s style by having some characters speak Tirunelveli dialect, but most still declaim their lines in written, theatrical Tamil. Rukmini plays the hero’s wife. 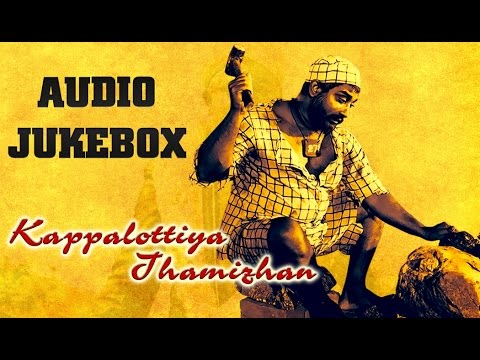