Cancel
The film revolves around a villager, who had shared a strong friendship with a popular cinema actor in their youth. However due to their different pursuit in careers they eventually are forced to part ways, one becoming a national figure, the other, a village barber. Decades later, the actor returns to the village to participate in his film's shooting. Whilst the entire village become excited about the prospect of seeing the actor, the barber fears that his old friend would have forgotten him and would neglect him. The story explores the pressures of friendship.
See Storyline (May Contain Spoilers)

The story revolves around the life of a barber named Balan in a small village called Melukavu in Kerala. The barber is financially constrained and has to raise a family with three children. His wife Sridevi is beautiful and belongs to a high caste who had eloped with him. He is not able to cope with the competition from a new air-conditioned beauty salon/parlor opened by Sarasan (played by Jagadeesh), opposite his shop. He does not get a license or a loan for the salon. He is in debt and is ridiculed by everyone in the village. Life is tough for him – he does not have money for a full square meal, leave alone for his children's school fees

One day the village wakes up to the news that a Malayalam movie is going to be shot there, with superstar Ashok Raj (Mammotty) as the hero. News spread that Ashok Raj is coming to the village for the ten-day shoot. The whole village is excited preparing for the superstar's arrival. Slowly, a word spread around that Balan and Ashok Raj are childhood friends. Balan, who was a laughing stock, suddenly becomes the center of attention. Everyone goes out of their way to help and please Balan, so that they can get a chance to meet and get various favors from his superstar friend. Balan gets under immense pressure because of this attitude of the villagers. Even his family starts asking him to meet and renew the friendship with Ashok Raj. Balan tries his best to approach the superstar, but his honesty and status of barber does not allow him to pass through the heavy security. When the villagers know that Balan is not able to help them, they start thinking that he was lying about his friendship with Ashok Raj and took back their support, abusing and making even more fun of him. Balan, depressed and sad, goes back to his old self.

Ashok Raj is invited to a function in the local school where he gives a ceremonial speech. He talks about the present day life, modernization, the state of good people etc., opening the eyes of everyone to the sad truth of people's behavior. During the speech, he reveals the fact that Balan was his best friend who was the first person to realize the acting talent in him and tearing up in front of the audience, saying that he has been missing Balan all this while. That evening, Ashok Raj meets his long-lost friend Balan at his house, and Balan becomes an overnight hero in the eyes of his village.

Noted Director Priyadarshan was highly impressed with the film that he immediately bought rights for the Hindi remake of the film. Priyadarshan had screened the film to noted actor, Shah Rukh Khan, who was highly impressed with the film that he signed onto the Hindi remake, "Billu" as well as producing it under his Red Chillies Entertainment. Khan suggested that Priyan should stick to the original script sans any alterations. Also, 3 item numbers by Kareena Kapoor, Deepika Padukone and Priyanka Chopra are to be added into the film's promotion. Movie completed 130 days in theatres.

Following the extraordinary success it enjoyed in Malayalam, the film was remade in Tamil as "Kuselan" and Telugu as "Kathanayakudu". Sreenivasan's role was played by Pasupathi and Mammootty's role was played by Rajnikanth in Tamil and Jagapati Babu in Telugu. But both these versions strayed from the original with many extra characters and changes in the storyline resulting in dismal failures.

The film was released without much hype, but did extremely well in the box office and was declared as one of the biggest hits of 2007. It is the third biggest grosser of 2007 after "Mayavi" and "Hallo".

he film was mainly shot at various locations in Melukavu.

"Katha Parayumpol" was a great critical success and was one of the biggest hits of the year, while the remake versions failed to impress critics as well as audiences. 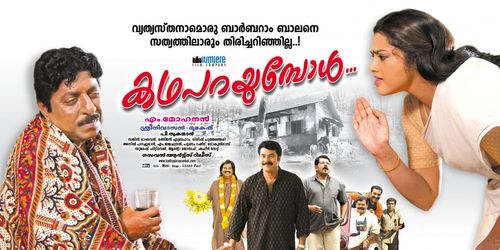 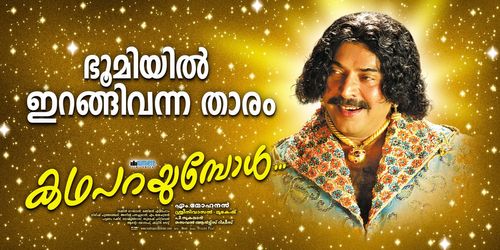 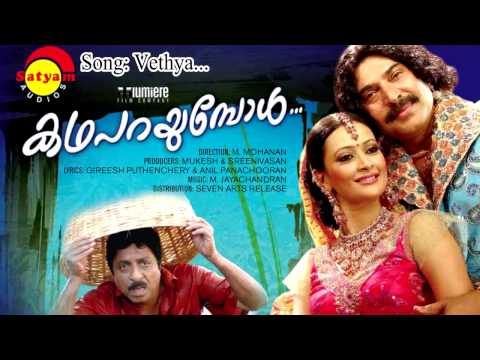 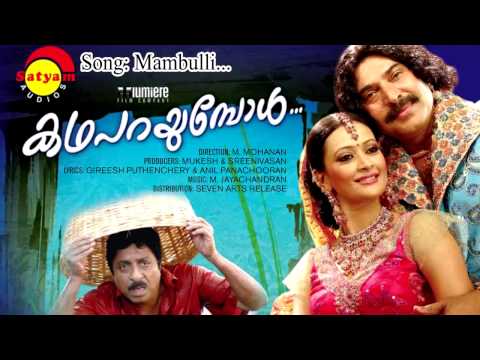