Cancel
An aspiring director works hard to fulfill his dream of making a movie. However, in the purely commercial process of turning a script into the final product, he faces so many challenges and is forced to make so many changes that his original story completely loses its authenticity. In the end, it becomes a comic farce, but will it become a success at the box office?
See Storyline (May Contain Spoilers)

Realistic and revealing, this insightful satire traces the twists and turns in the life of Appalaraju (Sunil), a film lover, who watches films regularly at Rambha Theatre in Amalapuram critically. She often wonders why the directors are bringing out such trashy films and his life ambition is to direct a film better than all the established directors.

He leaves for Hyderabad and stays in his friend's (Satyam Rajesh) house, with his script titled Nayaki. His friend takes him to an audio release function, where he meets a producer called Rakhee (Raghu Babu). He and his creative head Pushpanand (Harshavardhan) read the script and suggest some changes. But Appalaraju does not agree to change even a single word in it. Then Rakhee suggests Appalaraju to convince the top heroine of the film industry Kanishka (Sakshi Gulati) as her nod would help them fetch financiers.

Somehow, Appalaraju meets the heroine and narrates the story and she agrees to do the film. Then Rakhee, Pushpanand and Appalaraju meet Data Base (Krishna Bhagawan) to Finance their film. He wants one of the top hero Babu Garu (Adarsh) to rope in the lead role so that the crazy combination would help achieve a hit.

He agrees to finance the film with a condition that lyrics penned by him should only be used in it. Luck again favors Appalaraju as Kanishka convinces another top hero KT (Ajay ) to pair up with her. Rahman Sharma (Ali) scores tunes for the lyrics penned by Srisailam Anna and in order to attract the mass audiences, the hero KT insists on keeping an item number in the film. With no option left, Appalaraju agrees to it.

The shooting of the film completes and before the release of the film, the producer invites the media to write reviews in their favor. However, Babugaru turns the tables and makes the entire media go against the film. Now, the producers start searching for a distributor and meet Ontikannu Gavarraju (Kota Srinivasa Rao), but he wants the promos in a different manner with lots of exposure of heroine and the hero in an attractive manner. But Appalaraju refuses to change the promos.

Gavarraju refuses to distribute the film first but changes his mind after meeting Babugaru and agrees to take distribution rights across the state. In the last minutes, Gavarraju cheats the producer and refuses to release the film. Again, Rakhee and Appalaraju meet Database to distribute the film and he accepts their proposal. KT insists that the film should be released on the same day when Babugaru's film 'Pranam Teesta' is releasing during Sankranti season.

With all the options closed, Babugaru wants to stop the release of the film at any cost. Y Venkat, a director, gives an idea to burn the negatives of the film. Mistakenly they burn another film"s negative and Nayaki will have smooth release and becomes a big hit to the surprise of Appalaraju. 'Nayaki' bags awards for all the departments too.

The biggest surprise is that Appalaraju wants to bring out a tragedy and heart-touching film, but he bags an award for a comedy entertainer. Though he is saddened initially that his original script was murdered, He starts dancing in Joy along with the crew of the film. The Movie ends with Appalaraju and Swati dancing for the remix of the Item song used in the film.

Tanu Roy
as Once more Sarala 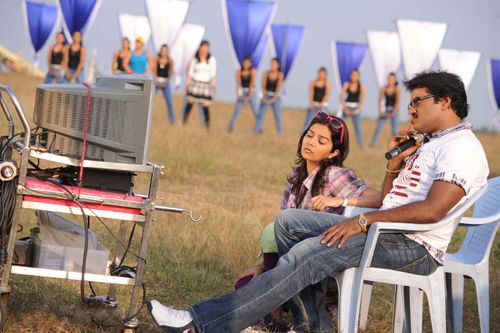 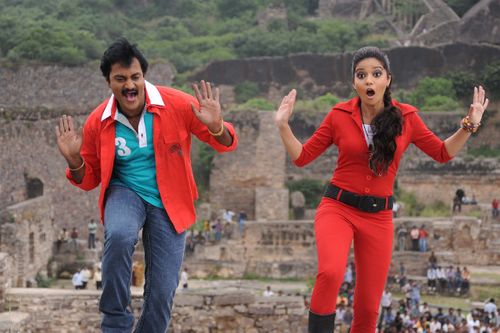 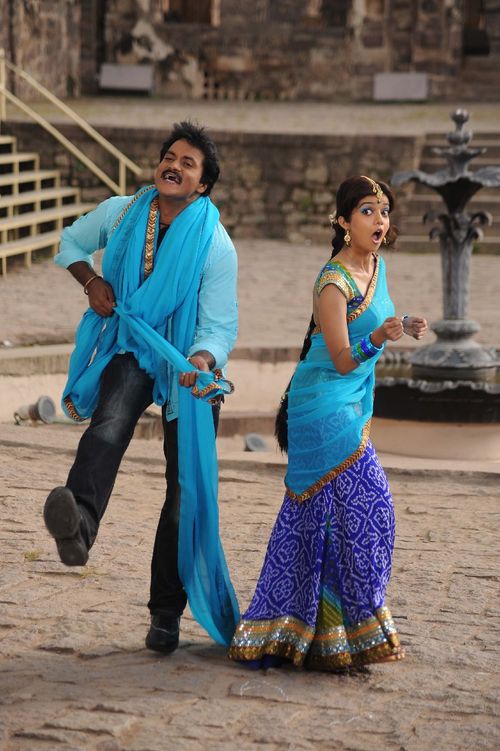