Cancel
The film wryly expresses the changes in hierarchy, caste and the power equation when water, the most important resource, vanishes and how the oppressed become the oppressors.
See Storyline (May Contain Spoilers)

Kaun Kitne Paani Mein is a story about two villages,Upri and Bairi. Upri is a village nestled in the hills and Bairi is at the base of the Hill Range although close to each other in proximity, are poles apart in every other measure as of water access and economic development. Upri is a village which had great economic and social status in the past and Bairi was then economically weaker.Upri was economically and class wise powerful in the past due to the land they had and the water fall from the hills as well as the large lake that was naturally created at the edge of Upri.The people of Upri were like royalty and they had used the people of Bairi as their employees.This had made the people of Bairi skilled in their work and also become good farmers. The people of Upri who assumed these good times would remain never planned for a rainy day and lived a rich life splurging on all the resources. But in 1992, as a result of a love quarrel between a young girl from Upri and a young man from Bari, the villagers of Upri excommunicated the inhabitants of Bari. The people of Bairi were devastated since they got employment, food and money from working in Upri. But the village survived. The thing that made them survive was the real knowledge they had in terms of farming, harvesting and building wells while they were working for the rich people from Upri. Few years later an immense drought hit the area where Upri andBairiare located. Then the equation of power between the two villages completely changed because of WATER. Upri, in its heydays, had never truly worried about water as they had ample workforce from Bairi to get water from far. They had splurged the water they had and also eroded the water table by digging a lot of wells. Bairi, on the other hand, had lived frugally and used water sparingly having realized that it was a critical resource. They had hence planned for water storage, rain harvesting and water table replenishment. After the drought, Bairi had the ability to stock enough water for its needs and Upri, on the other hand,was completely dependent on the Government for Water.This shortage of water had affected Upri in all aspects from agriculture to living. Upri had no toilets and the lands were all barren. Bairi, on the other hand, had access to safe water, good farming capabilities, and also had toilets in each home. The head of the Uprivillage had a son Rajesh (Raj) Singh in his mid-20s who was coming back to the village after his higher education in the nearby city. The people of Upri had pinned all their hopes on Raj and wanted him to sort out the mess of water for them. The head of the Bairi village has one daughter, Janhavi. Janhavi, the heroine of the story, is a girl very rooted to the cause of water and Bairi. She knows very clearly what made Bairi grow and what made Upri what it is. She is a girl who has no problem speaking her mind. She has an opinion and is also the women’s voice in the Panchayat. The rest is pure Bollywood movie with love, politics, plot, music and dance.

Tagline: 'When you have no water, You have to play Dirty'

Based on 1 rating
1 user 8 critic
Did you know? The movie features the famous Sambalpuri song 'Raangabati'. Read More
8 Critic Reviews

There weren't many expectations from the soundtrack and the end result too is barely situational or a little out of place, this one will go largely unnoticed
Joginder Tuteja , Bollywood Hungama
0

'Kaun Kitney Paani Mein', touches upon a relevant issue but wraps it all too conveniently, without being confrontational
Renuka Vyavahare, The Times of India
0

'Kaun Kitney Paani Mein', is like parched land, there are cracks and dusty patches, and in reality there isn’t any water to sustain life or even drown into
Rachit Gupta, Filmfare
0

Flavored with the right amount of humor and enlivened by Saurabh Shukla’s hilarious shenanigans, this satire is definitely worth a watch
Samiya Dinware, BookMyShow
0

The director’s commitment to social values is clearly visible in the film and he deserves praise for his efforts
Rohit Vats, Hindustan Times
0

"Kaun kitney paani mein" should have been a socially relevant satire with all its angst and wit intact considering the assembly line of fine actors.Sadly this socially still relevant film based on water scarcity, proper water storage and its utilization, the existent caste based divide, the broad gap between the rich and the poor on hierarchy which needs to mended and also the prevalence of superstitious beliefs in the rural and even among the socially privileged takes too much into its capacity and the effort does not yield the best results.The Director whose previous works I am Kalam and Jalpari triumphed in spirit for their unadulterated story telling seems to have chosen the commercial route.So its not great to watch the talented Radhika Apte merely swing her hips to a contagious Rangabati number or share a few lip locks with the very under utilized Kunal Kapoor who redefines sexy.Both Radhika and Kunal are good actors and are adequate in the scenario but its the more accomplished actors Gulshan Grover and more so Saurabh Shukla who manage to get the best lines and power packed scenes.Shukla owns this film.As the arrogant, potbellied, alchol consuming king living in a land of no water, Shukla's cynicism is as true as his feelings for his only son.The wordplay between Shukla and Kunal is briliant in a few moments that the director chooses to allow his actors to rise and shine.The music employs native folk music and the camerawork is quite soothing on the eyes.
Thoughtfully written but ill executed like a half baked cake, this one leaves you thirsty and asking for more. 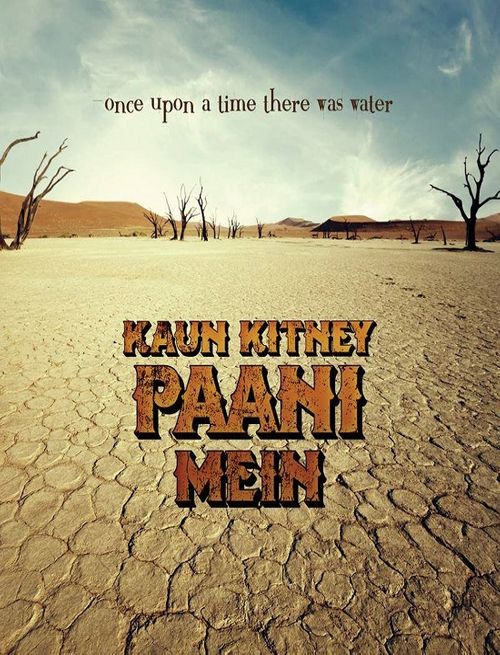 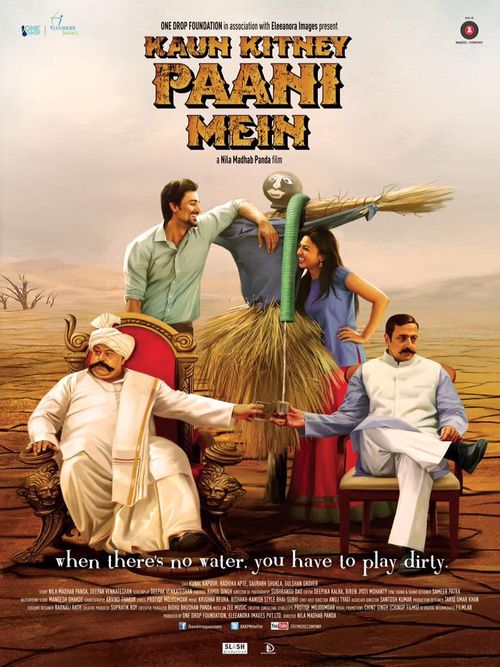 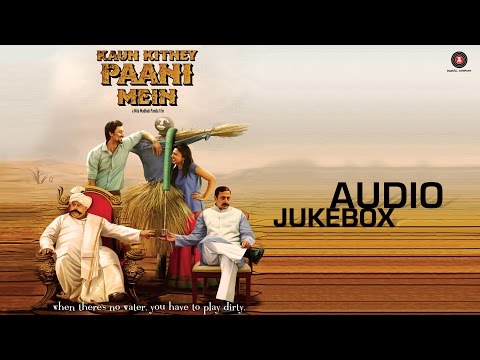 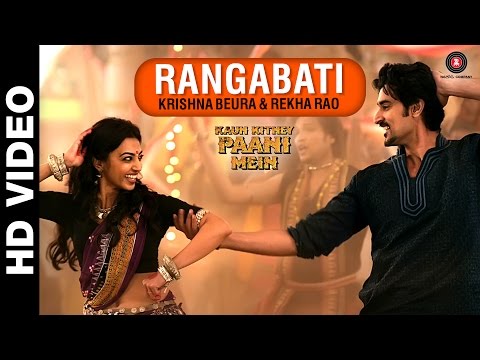 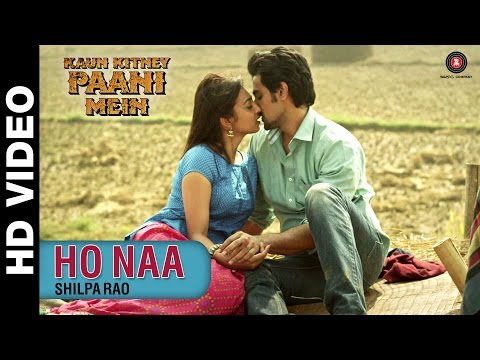 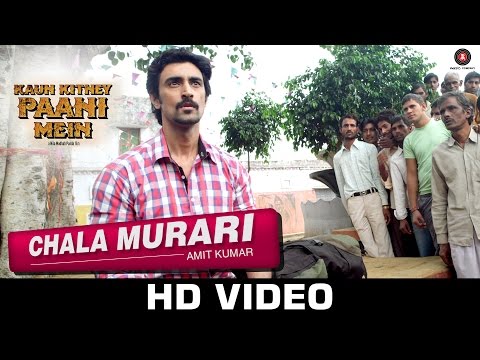 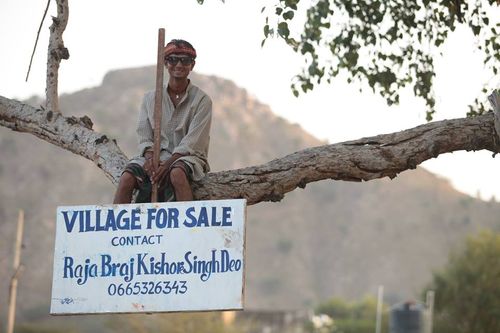 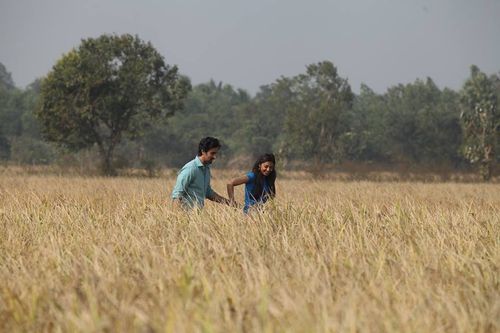 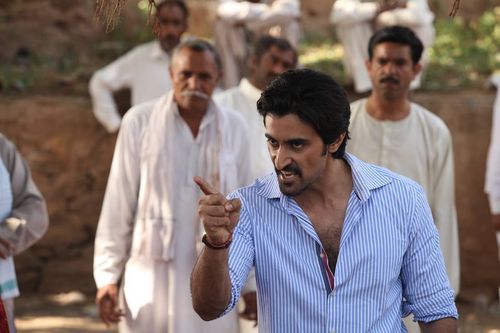 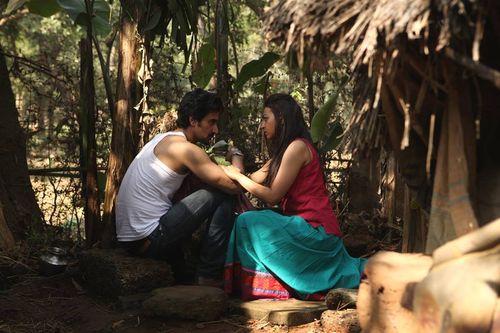 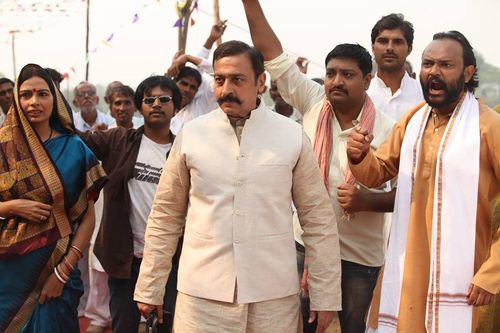 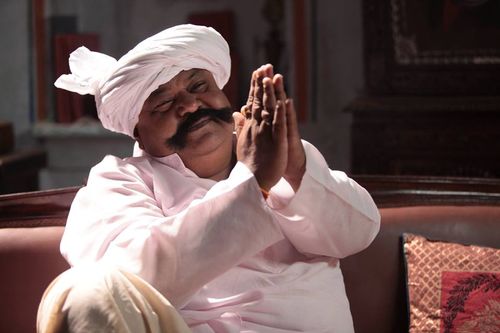 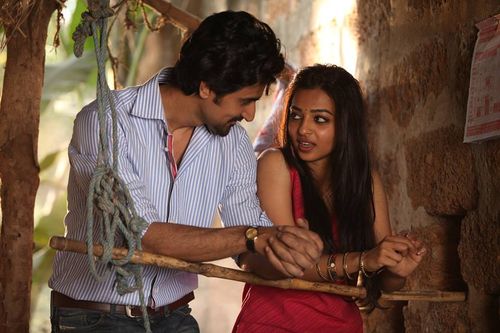 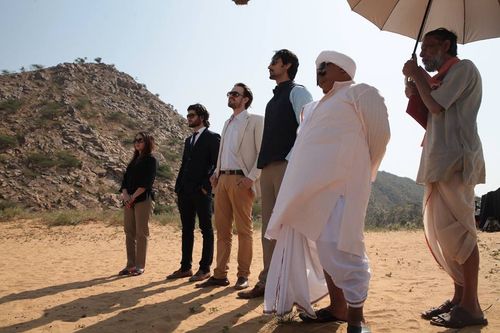 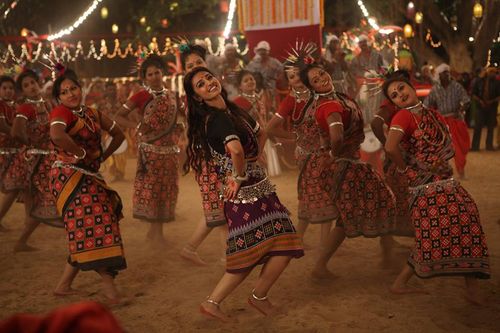 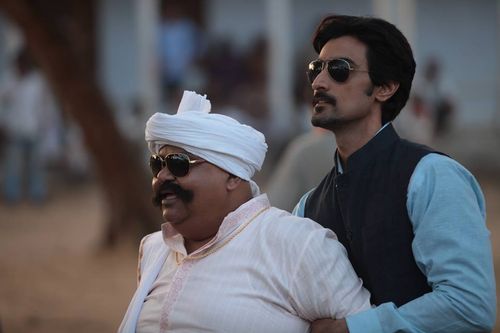 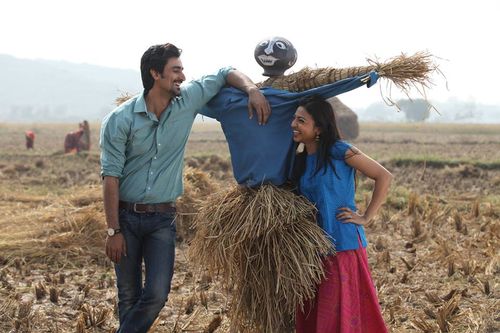 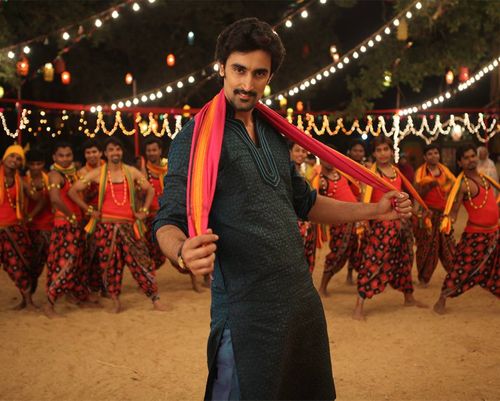 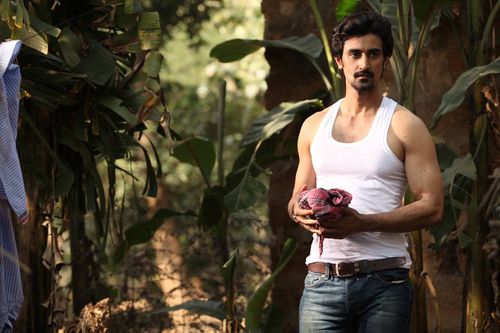 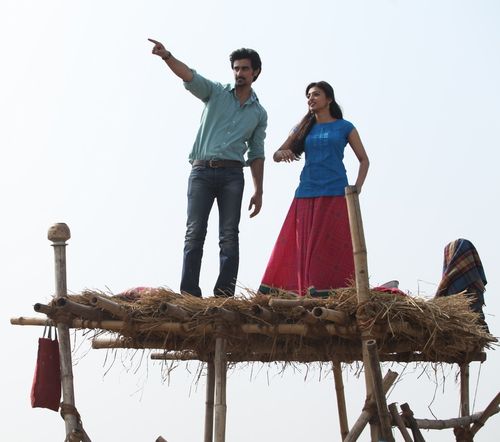