Cancel
This patriotic combat thriller is based on true events related to insurgency in the Indian controlled region of Kashmir. It is a fast-paced war drama that daringly depicts the heroics of Major Mahadevan (Mohanlal), an officer deputed to the National Security Guards (NSG). He has been assigned to counter-terrorism operation in Kashmir and commands an elite group of NSG commandos. After receiving information of heavy escalation in militant activities, Mahadevan is forced to ask his trusted junior, Havildar Jaikumar (Jiiva) from his honeymoon. As the dedicated duo embark upon a fearless mission to eliminate the terrorist network at its very core, they face myriad challenges and are forced to make terrific sacrifices for the welfare of their beloved nation. Will Mahadevan and Jaikumar succeed in restoring peace in the troubled territory? Will they live to take the credit for their heroics?
See Storyline (May Contain Spoilers)

Inspired from true events, this fast-paced war drama daringly depicts the heroics of Major Mahadevan (Mohanlal), an officer deputed to the National Security Guards (NSG). He has been assigned to counter-terrorism operation in Kashmir and commands an elite group of NSG commandos.

He calls back his buddy Havildar Jaikumar (Jiiva) from his honeymoon because he has information about major activities of the militants; he feels Jaikumar is needed for the team. The commandos raid a mosque in civilian dress and seize a big collection of arms and explosives.

Later, during an operation focused on some cottages near the Dal Lake, a commando in the team is killed and an outraged Jaikumar shoots down a captured terrorist who challenges the commandos. A human rights activist (Shwetha Menon) learns about this and threatens to file a complaint with the government. She later understands the situation and the sincerity of the commandos and decides not to proceed with the complaint.

Meanwhile, a group of terrorists from Afghanistan and Pakistan conspire to hit the Hazratbal Shrine with a missile; they think this will create unrest in the region and that the Indian army will be blamed. They hijack a house that offers a good vantage point on the shrine and plant the missile there. Some of them rape three girls in the house in front of their father and shoot a person who protests.

A military patrolling vehicle hears the gunshot; as they approach the house, they are fired upon. The patrolling team intimates the NSG, and Mahadevan and his team immediately join the battle. After a long operation, the team kills the terrorists, frees the civilian hostages and disarms the missile. But a civilian informs that the chief of the terrorists is not to be seen among the corpses, and the commandos start a combing operation in the house.

They locate the terrorist and Mahadevan recognises the man as the one who killed his wife and daughter. The terrorist is killed but he manages to shoot at Mahadevan. Mahadevan is covered by Jaikumar, who gets hit by the bullet and dies. Jaikumar is awarded the Kirti Chakra posthumously.

Based on 0 rating
0 user 0 critic
Did you know? Mammootty was the actual choice to play the lead but has declined due to prior commitments. Read More
0 User Reviews
No reviews available. Click here to add a review.
Cast

Shooting for this movie predominantly took place across exotic locations in Srinagar and Pollachi.

The title of this movie is derived from the extremely prestigious Indian gallantry award, 'Kirti Chakra', that is bestowed upon those who display extraordinary bravery and courage in the battlefield, often sacrificing their own lives in the process.

This movie was dubbed in Tamil under the title 'Aran', with some additional scenes for Prakash Raj.

This is the first movie in the Major Mahadevan series, that was followed by Kurukshetra and Kandahar.

This movie marks the directorial debut of A.K. Ravindran, an army officer who had resigned from duty with the dream of making a movie about his real experiences. 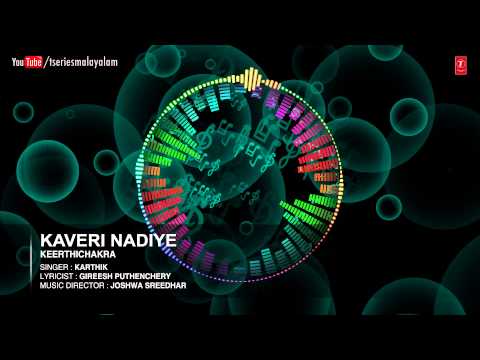