Cancel
Khiladiyon Ka Khiladi is about the deadly game of survival in a ruthless world of crime & sleaze, Akshay (Akshay Kumar) who is an army officer on his way to the USA to attend his brother, Ajay's (Inder Kumar) wedding. On the flight meets Priya & Is is love at first sight for both of them but tragedy awaits Akshay in America. His brother is missing and is wanted by the American Police. Akshay's search for his brother leads him to the dangers Maya (Rekha) who is above even the American law. An untouchable. This starts a game of life and death. The player involved will have only one chance.
See Storyline (May Contain Spoilers)

Khiladiyon Ka Khiladi is about the deadly game of survival in a ruthless world of crime and sleaze. A criminal don, Maya (Rekha), hosts illegal wrestling matches in Canada (Toronto) and has the full support of the local Police Commissioner. Ajay Malhotra has relocated to Canada and has started his own orchestra with the help of some of his friends.

His brother, Akshay (Akshay Kumar), decides to visit him on hearing that he wants to marry his beloved in Canada; on the airplane he meets Priya (Raveena Tandon), and both fall in love. Once in the U.S., Akshay finds out that the police have a warrant for the arrest of Ajay and want to question him. Akshay's attempts to locate Ajay lands him with Maya, who happens to be Priya's sister. Apparently Maya is holding Ajay and will only release him after he hands over incriminating documents. Akshay soon wins Maya's confidence by rescuing her from attempts on her life made by King Don (Gulshan Grover), and Maya begins to like him and trust him. Akshay then proposes to her, to which Maya agrees, much to the disappointment of Priya.

Soon Akshay kills Maya's men when they get to know of his true identity. He also organises a fake kidnap drama with Ajay's friends, who kidnap him and demand that Maya come to meet them with Ajay. By now Maya realizes that Akshay is Ajay's brother, and Priya actually loves Akshay. At the end, Maya commits suicide, and before dying she hands over her sister Priya to Akshay.

Based on 0 rating
0 user 0 critic
Did you know? The Undertaker who appears in the film isn't the real Undertaker played by Mark Calaway, but rather the fake Undertaker of WWF 1994 played by Brian Lee. Read More
0 User Reviews
No reviews available. Click here to add a review.
Cast

Akshay Kumar had an affair with the much older Rekha during the making of the film.

This film was initially titled Baazu. 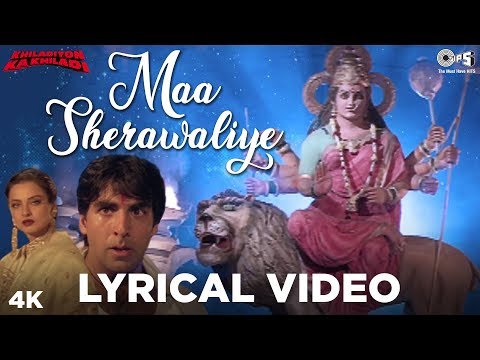