Cancel
Koyomi Araragi must get back her limbs from Kiss-shot and also battle against three powerful vampire hunters in order to become a human again.
See Storyline (May Contain Spoilers)

Koyomi Araragi, a second year student had met the beautiful vampire Kiss-shot Acerola-orion Heart-under-blade where she saves Kiss-shot, who was on the verge of death by having all four of her limbs cut off, only to become a minion and now a vampire. Koyomi must get back all of Kiss-shot's limbs but she must also get into a battle with three powerful vampire hunters- Dramaturgy, a giant vampire hunter who is a vampire himself. Episode, a half-vampire who wields an enormous cross, and Guillotinecutter, a quiet man who specializes in killing vampires. 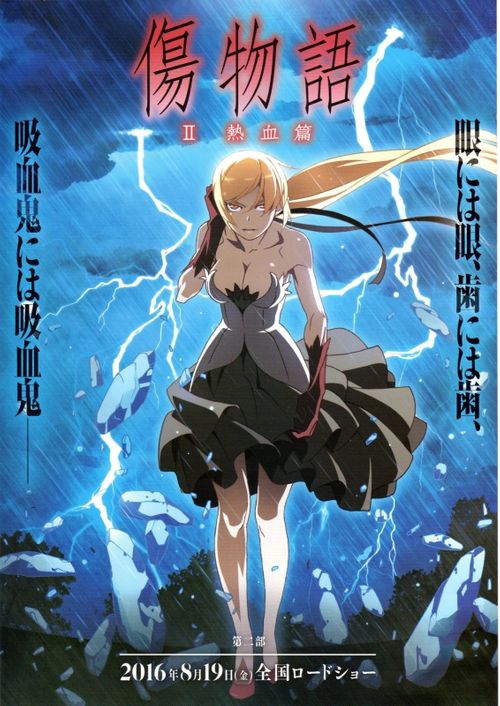