Cancel
'Kochadaiiyaan' is a path-breaking 3D animation movie, whose title draws reference to an alternate name of Hindu deity Shiva, while also being partly inspired by the name of the Pandya Dynasty king Kochadaiyan Ranadhiran. The plot of the movie is a fictional account that brings to life a time of kingdoms and royalty, war and peace, love and betrayal. With small references to Indian history, the crux of the story centers around a war between three Kings, that traverses through various generations.

Based on 0 rating
0 user 0 critic
Did you know? Rajnikanth at 63 was awkward romancing Deepika Padukone, who is just 28-years-old before his director daughter Soundarya. The actor got nervous that his daughter was closely observing, calling the cuts. Read More
0 User Reviews
No reviews available. Click here to add a review.
Cast

While Tiger Shroff’s actor dad Jackie is all set to play the baddie in this big budget animated film, the role was designed keeping Amrish Puri in mind.

While the makers have openly declared that this movie is no Adventures of Tin Tin or then Avatar, the film’s highlight is that Late actor comedian Nagesh was brought to brought to life using motion capture technology.

Actress Deepika Padukone who comes from a well-known sports family, and leads a very active lifestyle, loves to do her own stunts. She did extensive rehearsals for her one 10-minute stunt in this movie, that was choreographed by Peter Hein in the same way as he would've done for any male hero, without any concession for gender. The sequence required powerful acrobatic action, putting Deepika through continuous and swift movement through various locations at lightning speed. This action sequence received high praise from audiences and critics alike, becoming one of the highlights of the movie.

One of the highlights of this movie is a special Rudra Tandav, an extraordinary dance number performed by Thalaiva Rajinikanth.

Rajinikanth has lent his voice for one of the songs of this movie. He reached the recording studio and was casually informed about Soundarya and A.R. Rahman that they wanted him to croon.

This movie is the first fully CG (Computer Graphics) Stereoscopic film to release in India.

This movie has used photo-realistic performance capture technology, that is done with the actors performing with 40 cameras shooting at the same time. The technology captures the generic set of expressions that cover the basic musculature of the face. It requires a set of expressions that is very specific to the actor, such as a smirk or a smile, gestures and movements unique to the actor. The digital images are then animated to create the most spellbinding visual impact.

The 3D model of Rajinikanth in this film has been corrected by tightening his skin to make him look 25 years younger.

The film simultaneously released in Telugu under the title 'Vikramasimha', and was dubbed in Malayalam, English, Hindi and Japanese to cater to Superstar's tremendous national and international fan following.

In this film, they've used an advance technology 'Tron', where the animation team scanned Rajinikanth's face and made a 3D model to get the exact precision of his features, including the scar on his nose.

Aadhi could not shoot some scenes in London due to a passport delay, so his parts were shot in India and matched with the scenes he missed.

This is the first Indian film in which a dead actor has been digitally recreated using motion capture technology. 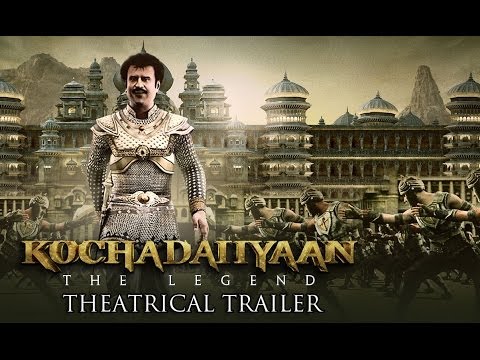 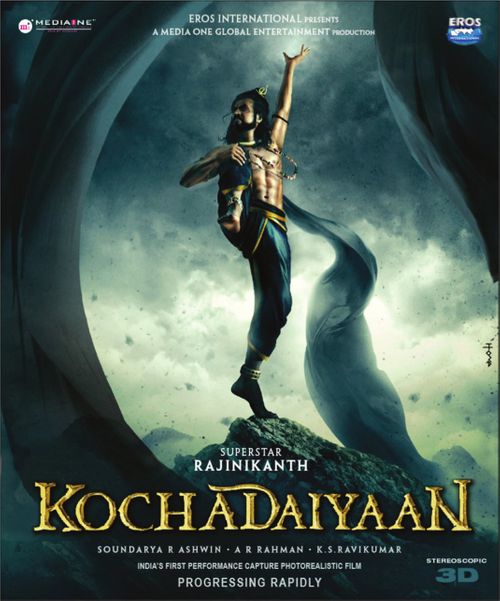 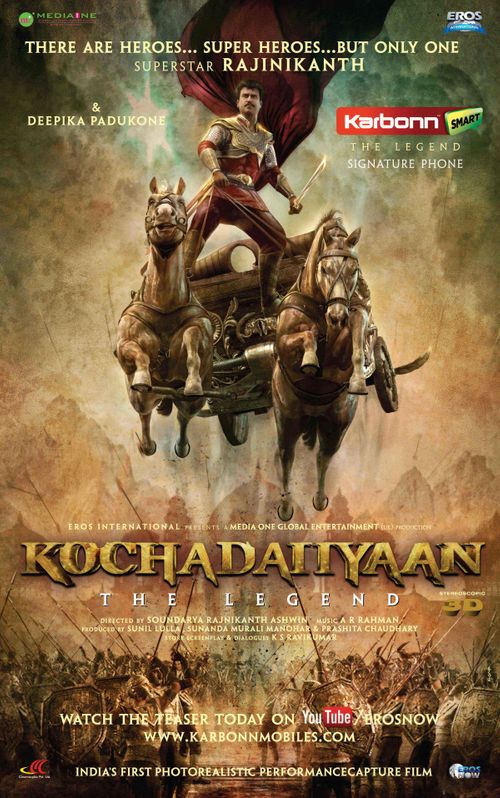 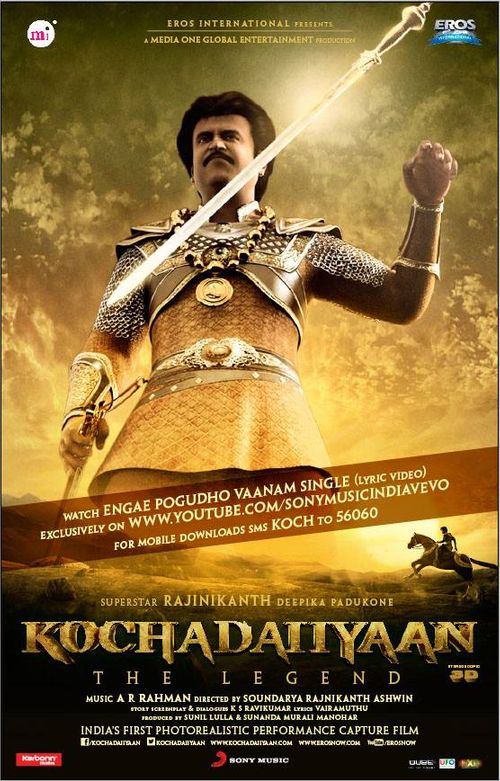 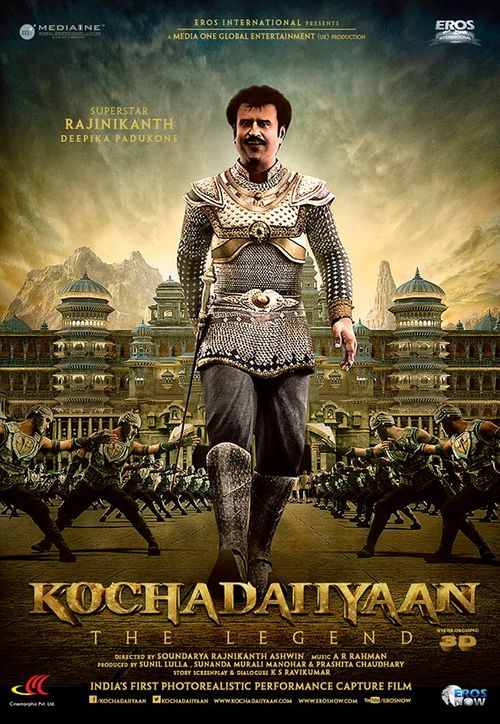 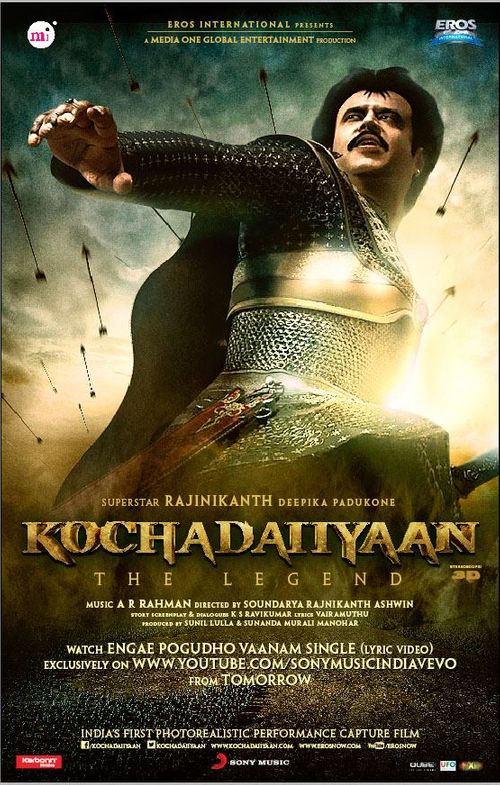 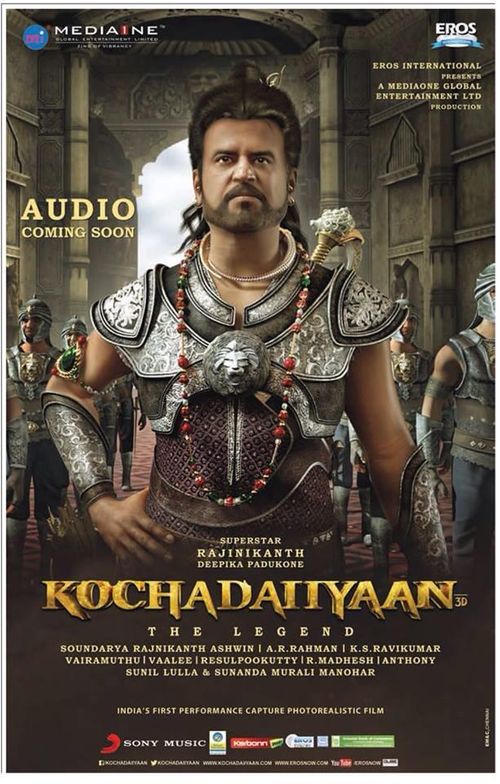 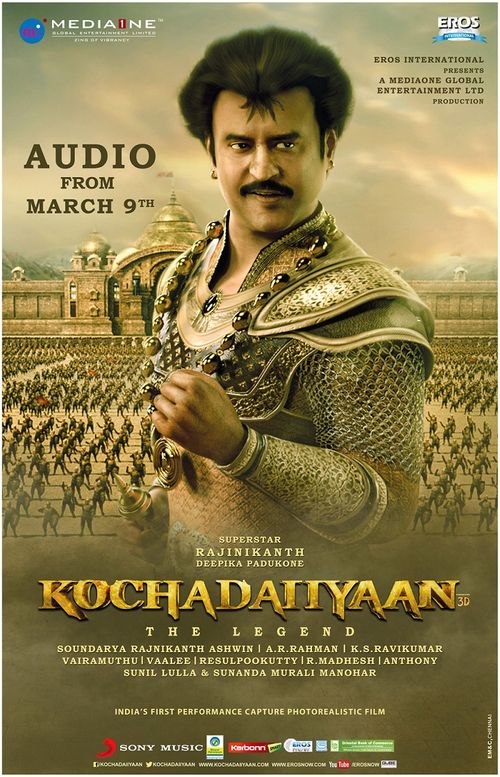 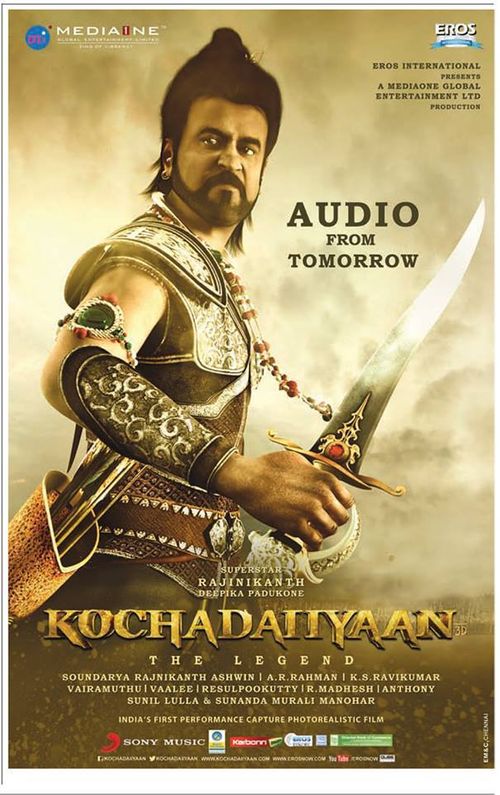 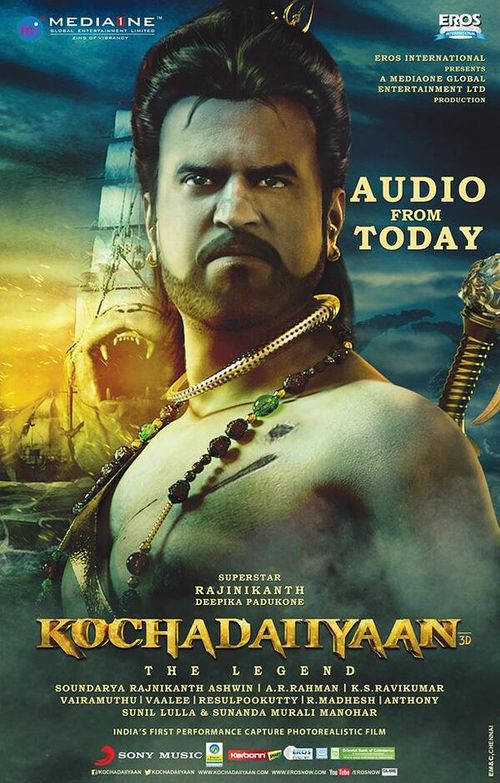 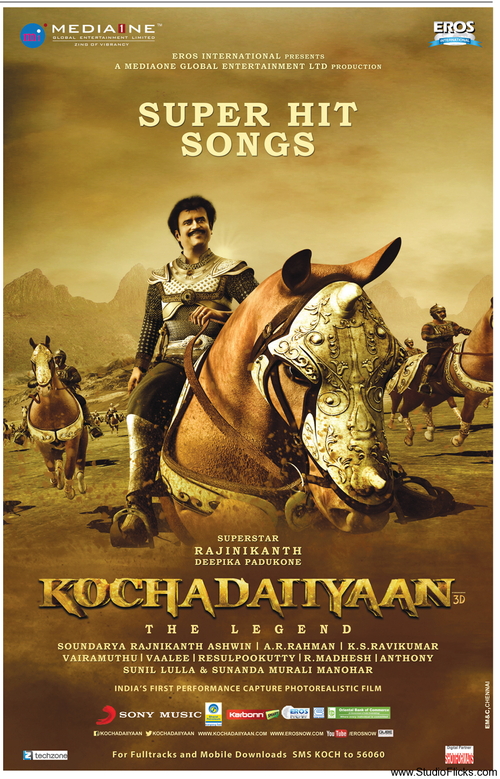 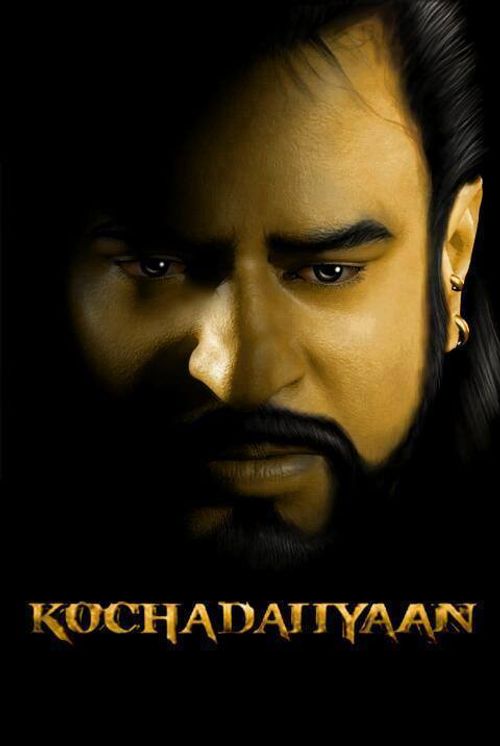 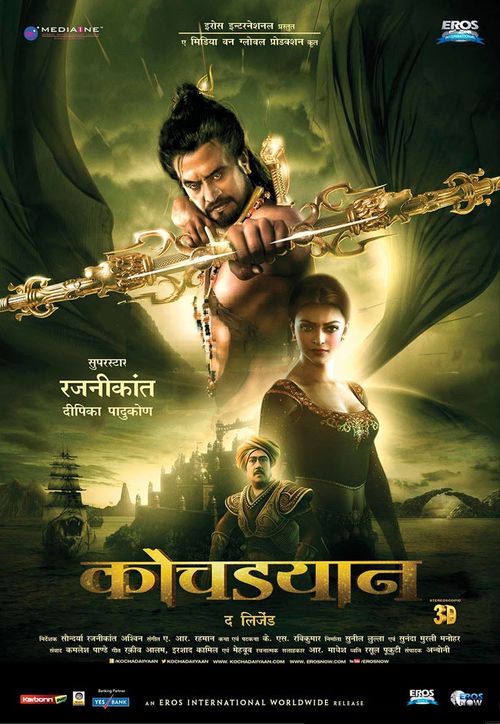 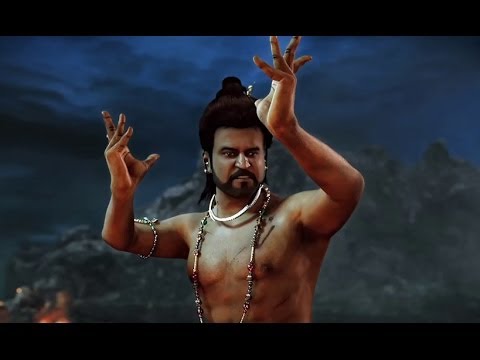 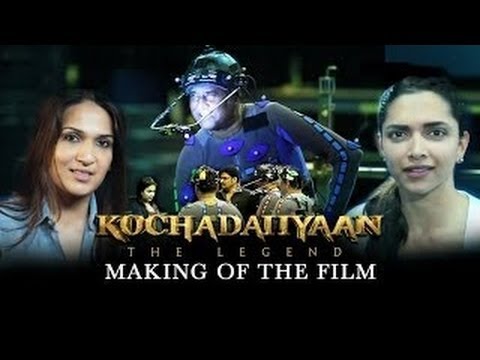 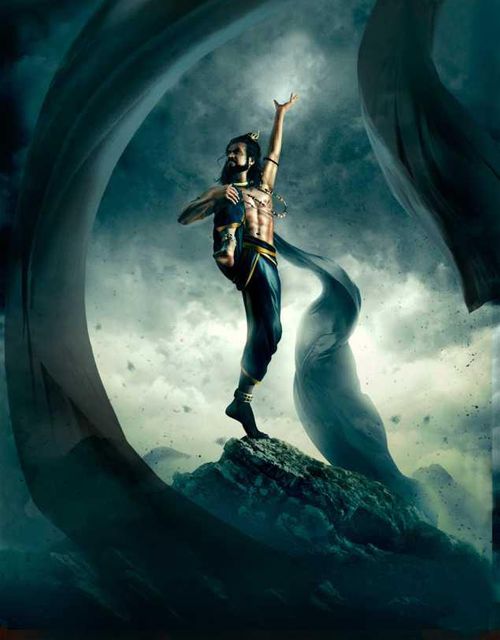 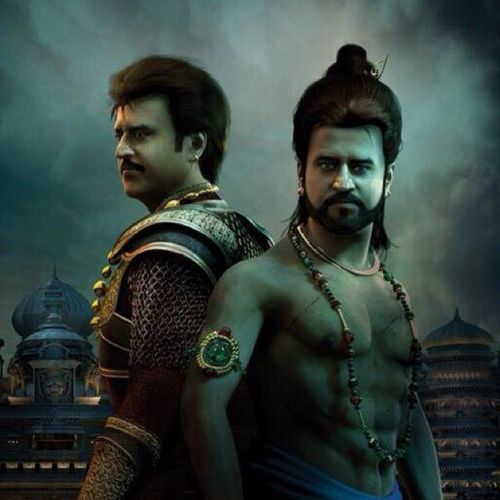