Cancel
A well educated young man returns to his village to find his people under the clutches of anti-social and illegal elements. In order to help them fight back, he transforms himself into a vigilante. Will he succeed in defeating the criminal elements and protect his community?
See Storyline (May Contain Spoilers)

Raja (Chiranjeevi) goes to town for higher studies with the donation of people living in a tribal village. He returns to his village after completing his education. He then learns of the struggles and trials faced by the local community and how they are cheated local heads (Rao Gopal Rao and Mohanbabu).

He then instils confidence in the locals and tells them that they should face these illegal in the court of law. But the canny leaders take advantage of the innocent villagers and Raja's attempt goes in vain. The morale of the villagers is deeply damaged and a few of them even commit suicide, causing the blame to fall on Raja's shoulders for inciting them to fight back against the leadership.

At this critical juncture, Raja is selected for IAS but he rejects it and decides to fight against the villains and transforms into a vigilante and names himself 'Kondaveti Donga'. He punishes the anti-social elements that are involved in illegal activities and stands by the villagers thus all his folk start admiring him.

Trouble starts when the villains start committing crimes using his identity. Vijayasanthi is an inspector comes to his place to capture him. Radha her sister, working as a doctor knows his true identity and falls in love with him. Will he succeed in defeating the criminal elements? What will the future hold in store for him? 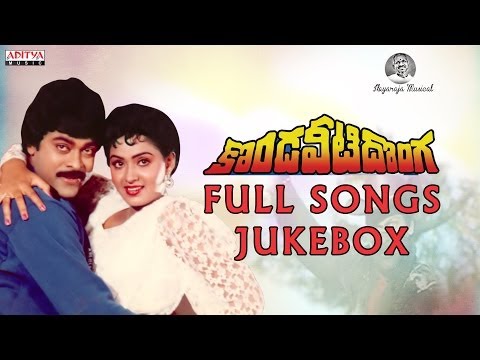