Cancel
The corpse of Kutty Srank becomes the pivotal point of a police investigation when three different women claim to know him.
See Storyline (May Contain Spoilers)

Kutty Srank is a film about a mariner who operates a cargo vessel near the sea port of Kodungalloor near Kochi, once a roaring port town in Kerala.

One day, the local police station discovers an unidentified body that has washed ashore. A Budhist nun, Revamma, comes forward to claim that she can identify the rotten body, and she recognises it as that of one kutti Srank. Police enquire her relationship with kutti Srank. Meanwhile, another Latin Christian woman, Pemenna, too claims to recognize the dead man. Both women assure the investigators that the body is that of kutti Srank. Finally a mute woman, Kali, joins them and seeks permission to see the corpse. She, however, rejects the claim made by the other women and argues that the body is not that of kutti Srank. Pemmanna identifies Kali and tells Revamma that Kali is kutti Srank’s wife. Eventually each woman shares her acquaintance and relation with kutti Srank. Kutty Srank ultimately leaves behind a story of a man who convinced three very different women that he was a committed and faithful husband while successfully keeping his relation with the other two women a secret.

Based on 0 rating
0 user 0 critic
Did you know? The film was produced by Reliance Entertainment under the banner of Big Motion Pictures, the first ever production by Anil Ambani's newly launched entertainment concern in Malayalam. Read More
0 User Reviews
No reviews available. Click here to add a review.
Cast

The film was produced by Reliance Entertainment under the banner of Big Motion Pictures, the first ever production by Anil Ambani's newly launched entertainment concern in Malayalam. 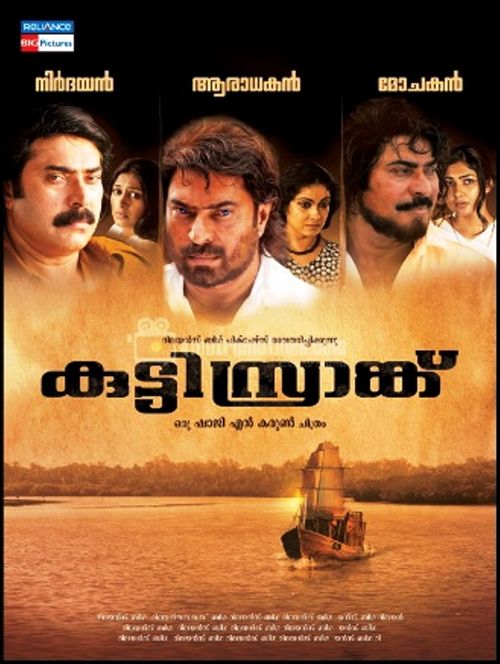