Cancel
A kind man, who owns a great deal of property and wealth, agrees to pose as his friend's manager so that his friend may pretend to be the owner in front of his grandfather. The ex-military man brings with him five beautiful, educated, eligible bachelorette and the kind man falls in love with one of them, but will she reciprocate his emotion?
See Storyline (May Contain Spoilers)

Interspersed with humour, this romantic drama revolves around Chandru (Vivek), a playful young man who goes around cheating people in and around Ooty of their money due to his childish ventures. Though he hails from a wealthy family, he is unable to maintain the wealth because of his bad luck and carefree lifestyle.

He has a friend Rakesh (Shaam) who is a wealthy landowner. Chandru saved Rakesh's life when he spotted him on a roadside accident on the hill side which he uses as a leverage for favours from the kind-hearted Rakesh.

One day Chandru's grandfather comes to Ooty to stay for two months, thinking that Chandru owns a large mansion, lots of land and money. The grandfather is a wealthy ex-military man. Chandru, afraid to reveal the truth about his circumstance to his grandfather, convinces Rakesh to act so that all of Rakesh's property as his and that Rakesh is his partner but he introduces to them as a manager. Rakesh angered by all this lying threatens to confront Chandru's relatives but is convinced again by Chandru to stay calm.

With the grandfather, five girls come, all of them well educated, smart and good looking. The last girl, Bala (Trisha), is the most favored and most fun. She is seen to be dull and nonchalant when she arrives, later has fun with the others. They have run-around with Rakesh who is irritated by them all.

Later when Bala learns that all the property is not his cousin Chandru's but Rakesh's she apologises and they become friends. However, his affinity soon blossoms into love for Rakesh, and eventually he proposes to Bala. Bala becomes sober — she says that she likes him, but says that she's already married to a guy named Deva. She doesn't explain further. Later Rakesh sees someone at night in the estate. He beats him up and Bala tells him that the unknown guy is actually Deva's (Madhavan) friend and Deva is going to die.

Bala then explains how she fell for Deva: Deva is a professor at the college which Bala has joined. She learns that, though Deva is violent, he has no choice — her college is in very bad situation as it is planned to be sold, as it is a real estate gold mine.

The board members and the management of that institution are for this selling as they are promised money. He behaves very violently and beats up the students who are gangsters sent in to disrupt normal college activities by conducting strikes. Eventually Deva is overwhelmed and is made to resign.

He wants revenge and punishment for the guy who did this so he throws a small dynamite to immobilize the enemy's vehicle and injure him so that he wouldn't leave the country. All turns bad when a bus filled with children come next to his vehicle and the bomb kills many. Filled with remorse and regret, he accepts all charges and is given the death sentence.

After explaining the situation, Bala confirms that she will kill herself the day when Deva is executed. Rakesh meets with Deva and convinces him to talk to Bala. Deva meets up with Bala and tells her that he has been lying about himself and has not considered her to be a lover but as one among the many girls who fell for his charm.

He lies so that Bala will change her mind to not kill herself but is not able to continue doing this. When he turns back to see Bala, she's gone, hearing only the first part in which Deva says he has cheated her into being his wife. Rakesh thanks Deva and leaves. Back home Bala determines to work hard and do more for her family and refuses the marriage.

When they all leave after the vacation Rakesh meets Bala and asks her whether she would change her mind someday and comeback or at least stay as his friend as he has no one. The train starts before she could give an answer. Bala gets down from the moving train and hugs Rakesh expressing her love for him.

Based on 0 rating
0 user 0 critic
Did you know? Madhavan makes an extended cameo appearance in the film. Read More
0 User Reviews
No reviews available. Click here to add a review.
Cast

Madhavan makes an extended cameo appearance in the film. 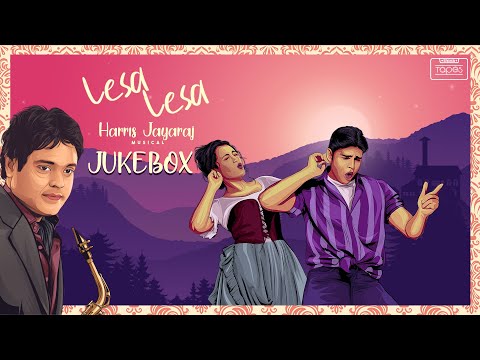