Cancel
Bullied at school, neglected at home and incredibly lonely, 12-year-old Owen (Kodi Smit-McPhee) spends his days plotting revenge on his tormentors and spends his nights spying on other residents of the apartment complex. His sole friend is Abby (Chloë Grace Moretz), a strange girl who comes out only at nighttime. Both outcasts, the two form a strong bond. When Abby's caretaker disappears amid a series of gruesome murders, Owen begins to suspect that she is hiding a terrible secret.
See Storyline (May Contain Spoilers)

In March 1983, in Los Alamos, New Mexico, a disfigured man is taken to the hospital. An unnamed police detective tries to question him about a recent murder. While the detective answers a call outside the room, the disfigured man jumps out of the window, leaving behind a note that reads: "I'm sory Abby."

Two weeks earlier, Owen, an unhappy and lonely 12-year-old boy who is neglected by his divorcing parents, sees a barefoot young girl, Abby, and an older man moving in next door. Owen and Abby become close friends and start communicating by Morse code through the walls of their apartments. At school, a teenage bully named Kenny and two of his friends constantly terrorize Owen, who lies to his mother about it but tells Abby the truth. Abby encourages him to retaliate, and pledges to protect him.

Abby's companion, Thomas, abducts a local teenager and drains their blood into a jug, only to accidentally spill all of its contents. Starving, Abby attacks a neighbor and drinks his blood, killing him and forcing Thomas to dispose of the body.

On a later night, Thomas hides in the back of another car, but is discovered. In the ensuing struggle, the car falls into a ditch and flips over. Trapped, Thomas pours concentrated sulfuric acid on his face, rendering his features unrecognizable and bringing the story back to the first scene. Abby learns what happened and visits Thomas in the hospital, who lets her drink his blood before falling to his death. That night, Owen is awakened by Abby, who insists he verbally invite her in. She spends the night in his bed and agrees to be his girlfriend. The next day, Owen's class goes ice skating on a river. Cornered by the bullies, Owen hits Kenny with a metal pole, splitting his left ear. At the same moment, the students spot the neighbor's body encased in the ice.

Later, Owen tries to make a blood pact with Abby. Seeing blood, Abby reveals her vampire form and flees, feeding on another neighbor. The next night, Abby admits to Owen that she is a vampire and that Thomas was not her father. Owen discovers an aged photo of her with Thomas as a young boy. Scared, Owen wants to leave, but he is stopped by Abby, who won't answer his demands on letting him out. Owen finally leaves after asking Abby what she will do to him.

Owen sneaks out to spend the night at Abby's. In the morning, the detective forces his way into Abby's apartment and finds her asleep, only to be distracted by Owen. Abby wakes and attacks the detective, killing him. Abby tells Owen she will have to leave town. They share a kiss and he watches tearfully as she enters a taxi and leaves.

During swim class, Kenny, Jimmy, and their friends ambush Owen and begin to drown him, only to be dismembered by Abby. The next day, Owen leaves town on a train, traveling with a large trunk. From inside, a message in Morse code is tapped out. Owen smiles and taps out a response.

Elias Koteas
as The Policeman

Richard Jenkins
as The Father 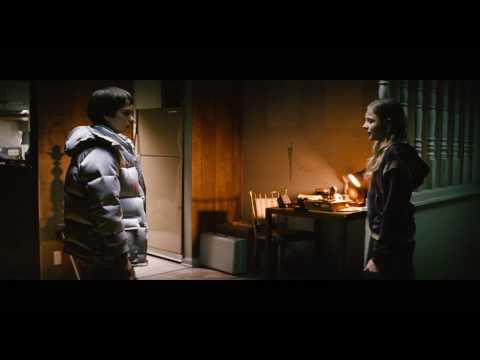 Let Me In - Trailer 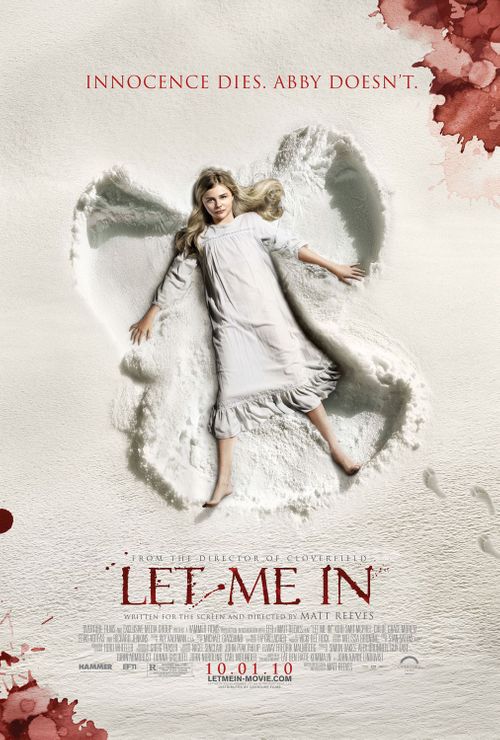 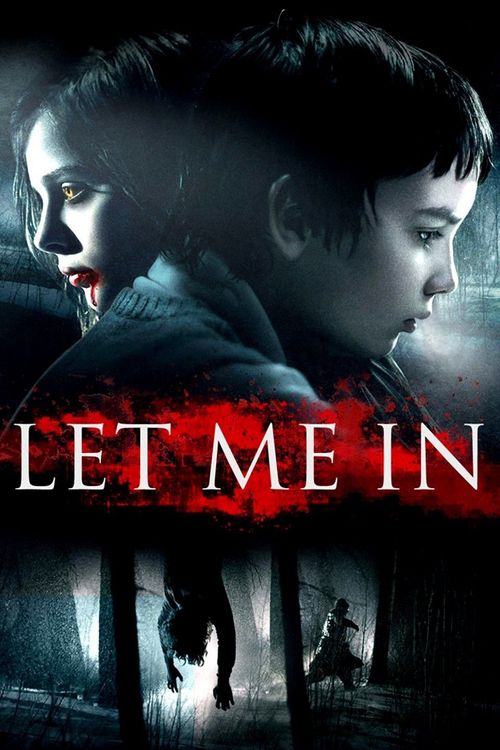 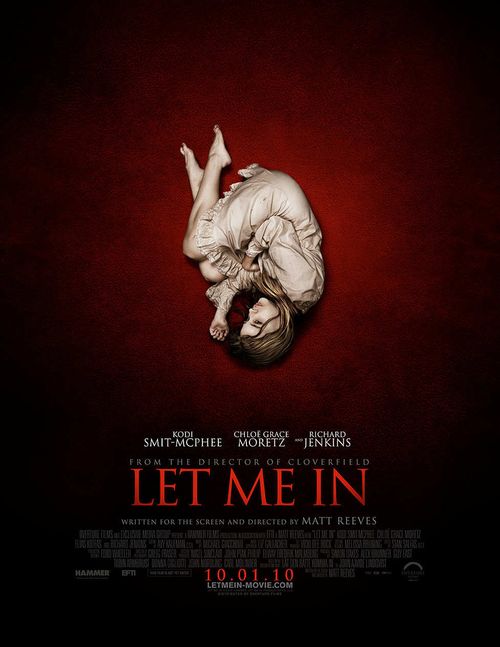