Cancel
An usher at a decrepit cinema suffers from insomnia. His life changes when he starts getting weird and wonderful dreams but with a caveat. Set in Bangalore, this film is a turbulent ride where the lines between dreams and reality are blurred to delirious effect.
See Storyline (May Contain Spoilers)

The plot is non-linear, and the end scene of the film shows the real beginning of the story. There are two main roles, one that is played out in the dream, and the other one in reality, called respectively Nikhil and Nikki. The plot starts with the protagonist being in a state of coma and continuing only on life support. The film, from the beginning, tells two stories of the same person, one in colour and the other in black and white.

Sanjay, a detective from the Mumbai police Crime Branch starts investigating the incident that caused the protagonist's (Sathish Ninasam) current state. While Sanjay is going through the protagonist's belongings he stumbles upon some scribbled notes and a mysterious pill. Meanwhile, the police capture two suspects and interrogate them.

The story starts with Nikki in a village near Mandya, working as an usher in a Bengaluru movie theatre owned by Shankranna (Achyuth Kumar). Nikki suffers from insomnia and yearns for a companion.

On one of his sleepless nights Nikki is contacted by a drug dealer who gives him Lucia pills as a solution to his sleeping problems. This drug is said to have the capacity to help one dream the life they want, but has the side-effect that upon discontinuation the same dreams turn into nightmares.

With the help of the Lucia pills, Nikki starts seeing himself as being a successful actor called Nikhil surrounded by people he knows in the real world. Film actor Nikhil's life is depicted in black-and-white. Shankranna, the owner of the theater where Nikki works, had starred in a film in his youth funded by the leader of some goons who now want Shankranna to sign off his theatre for his debt. More events from the dream are followed by similar events in reality as Nikki falls in love with Shwetha (Sruthi Hariharan) who is a model in the dream and a waitress in reality.

In the dream, Nikhil and Shwetha hit it off easily at the beginning but later friction arises when Nikhil expresses his discontent about Shwetha working in the film industry. Meanwhile, in reality, Nikki struggles to win Shwetha’s heart, who rejects him first due to his low salary but later falls for his humble character. Shwetha’s attempts to get Nikki educated and lead him to find a better paying job turns out to be futile and also result in the death of Shankranna in the hands of goons.

Frustrated, Nikki chooses to leave Shwetha and continue to work in the theatre, despite the threats. Nikki redecorates the theatre and releases Shankranna’s film to the audience. He later reconciles with Shwetha, who agrees to marry him.

In the dream, Shankranna is kidnapped, and Nikhil rescues him with the help of the police. In the process, all of the goons are either arrested or killed except for the contract killer. Nikhil feels Shankranna is not safe with him and decides to fire him. Nikhil breaks up with Shwetha and sends off all his servants so as to be alone. Later, a visibly disturbed Nikhil finds himself in a thrashed room. Nikhil gets hold of a torch and through its light sees his life as a "torch-shiner" projected on the walls of the room.

Shwetha is now distraught with being in the limelight and understands what Nikhil had tried to tell her. Nikhil, the actor, meets Shwetha and tells her that he cannot decide if the present moment is a dream or reality but he is ultimately happy. Asking Shwetha to close her eyes, Nikhil jumps off the roof to the confusion of everyone present, including the contract killer waiting to kill him.

At present, Sanjay with the help of the suspects, performs a sting operation on the drug dealer and learns more about the Lucia pills. Meanwhile, Shwetha is caught in an attempt to kill Nikhil by pulling him off life support.

During her interrogation, the whole investigating team along with Shwetha watches a re-run of an interview of the film star Nikhil. In the interview, Nikhil expresses his dissatisfaction of the stardom and reveals that he is actually color blind from an accident in his childhood. He tells the interviewer that he dreams of being a normal person and in fact in one of his dreams he is a "torch-shiner" who gets no attention from people and is happily in love with the dream of his life.

Sanjay is now convinced that Nikhil is living in his own version of reality and chose to live in that dream rather than in the real world by attempting suicide. Sanjay gets Shwetha to act and behave like she was in Nikhil’s dream, and acts himself as if he was a contract killer and shoots the comatose Nikhil in the head with an empty gun. Simultaneously, Nikhil, aware and alive in his dream world finds everything disappearing around him and is killed by a shot to the head. Nikhi wakes up from his coma to see the astonished doctors and Shwetha's relieved face.

At the end we can see Nikhil, Swetha and Shankaranna (who was dead in Nikhil's dream) enjoying pizza (Swetha worked as pizza waitress in Nikhil's dream) while they operate the projector of an old theater. Thus revealing that it was film star Nikhil's dream to be a commoner like Nikki, and he achieved it through Lucia dreams.

Based on 2 ratings
0 user 3 critic
Did you know? This is the first project to have no big producer or star, and has succeeded with just the help and support from the general public. Read More
3 Critic Reviews

While Lucia’s end is indeed unexpected, the film is let down by its low levels of suspense and storytelling and high amounts of mushy romance and ham acting
Pronoti Datta, Mumbai Boss
0

This movie begins with an intriguing and confusing plot and eventually settles down, making it a worthwhile watch, as it arouses your attention and provokes you to debate
IANS Source, Business Standard
0

With so many ideas battling for attention at any given point, it’s hardly surprising that Lucia collapses under the weight of its ambitions
Nandini Ramnath, Live Mint
0

This is the first project to have no big producer or star, and has succeeded with just the help and support from the general public.

On February 24, 2012; Home Talkies went public with the making of the movie 'Lucia' and created Audience Films.
Buzz
'Lucia', now in Tamil
08 Sep 2014, by Rediff
Theatre of Dreams
06 Sep 2013, by The Indian Express
Kannada film 'Lucia' to have a nationwide release
26 Aug 2013, by Rediff.com
'Lucia': An indpendent Kannada film funded by common people
06 Aug 2013, by Rediff.com
Gen Y film makers home in on crowd funding
03 Jul 2013, by The Times of India
'Lucia' to premiere at LIFF
02 Jul 2013, by The New Indian Express
Crowd-funding show gains pace with Kannada movie 'Lucia', over 100 people invest through Facebook & blog
13 Apr 2013, by The Economic Times 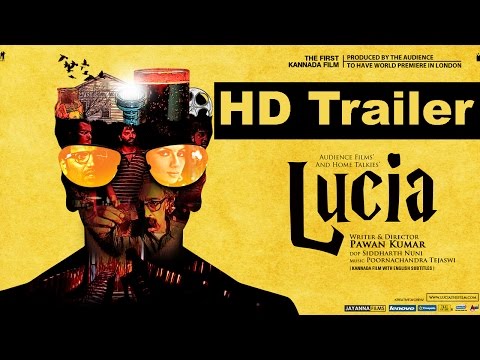 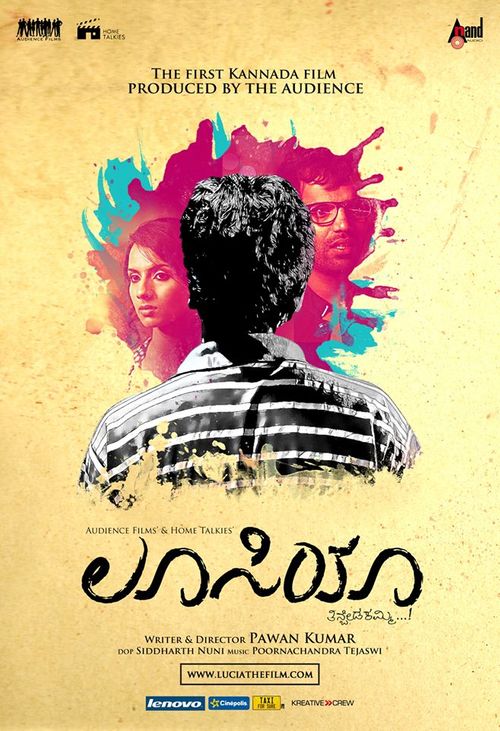 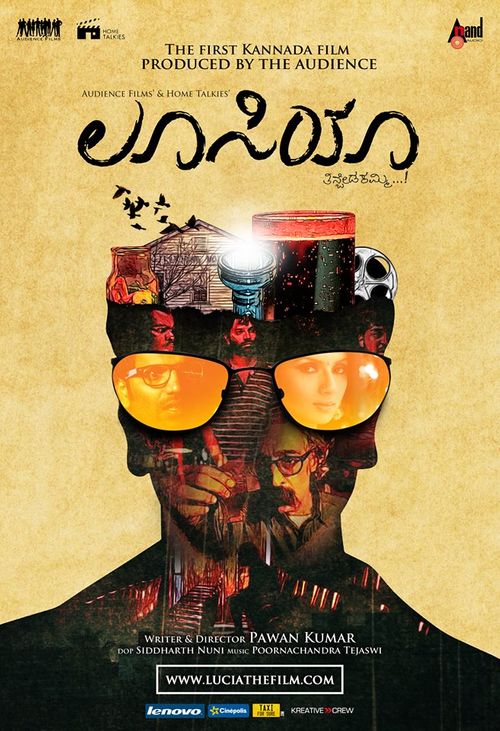 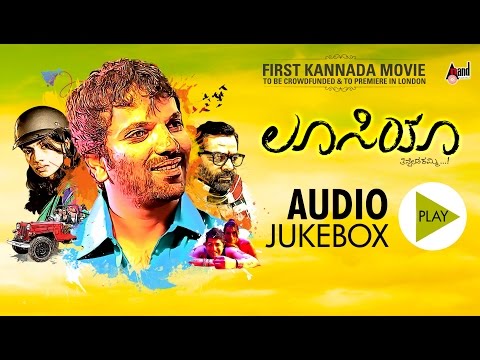 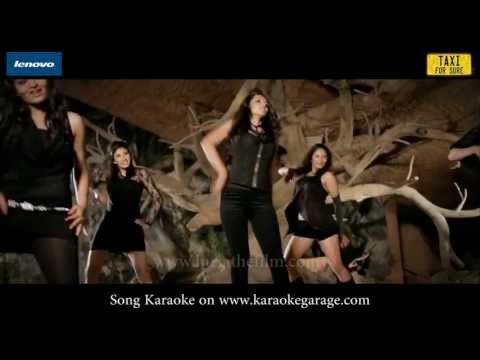 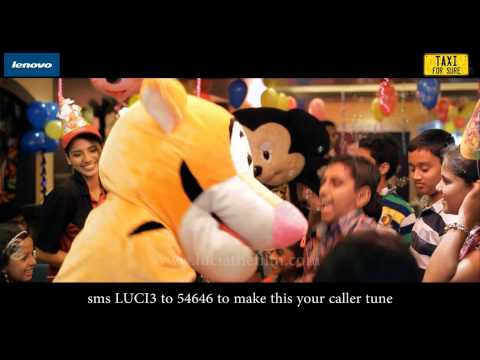