Cancel
Autistic Indraneel Thakur, who works for a living as a waiter in a Café in India, has a body of a grown man and mind of a seven year old. One day while closing the café, a young woman named Maya Trivedi, asks for his assistance as she has missed the last bus. Indraneel assists her, takes her home, finds out that she is pregnant, helps her give birth, agrees to take care of the child, Gungun, and thereafter Maya leaves, never to return. Years later, Gungun has grown up, attends school, and believes that Indraneel is her dad. Then their world is changed upside down when Maya's dad, Dayanath Trivedi, arrives from London, Britain, to take custody of his grandchild, if necessary through the courts. Indraneel refuses to part with Gungun, and as a result a case is filed in Court. The Judge initially hears this case, finds Indraneel incompetent to be a responsible father and tentatively puts Gungun in the Court's custody. Now a date is set when Indraneel must take up the gargantuan task of proving to a less than compassionate Court that he is capable of looking after Gungun, knowing fully well that he, himself, is unable to look after himself.
See Storyline (May Contain Spoilers)

Mentally challenged Indraneel Thakur (Ajay Devgan) works as a waiter in a coffee shop while he raises his daughter Gungun (Rucha Vaidya) as a single parent. Gungun loves him very much and in an attempt to remain at his level, refuses to go to school.

Gungun's mother Maya Trivedi (Esha Deol) came into Neel's life when she needed someone desperately. After giving birth to her she disappeared never to be seen again. For seven years Neel has looked after the child and both are happy together. However Maya's father Dayanath Trivedi (Anupam Kher) comes to India for his granddaughter. On Gungun's birthday, Neel has a surprise party for her. Gungun is upset and leaves. Taking advantage of Gungun leaving her house, Dayanath gives Neel a court notice and soon takes Neel to court. With the help of the townspeople Neel is introduced to Niti Khanna (Sushmita Sen), a lawyer and single mother dealing with her own problems. Her son, Rahul, won't listen to her. Niti initially doesn't agree to represent Neel, but when Rahul meets Neel and becomes his friend, Niti realized that she should help him. A custody battle ensues. It is found out that Maya was on drugs and died because of it which is why she didn't return to her father or Neel. When the case is nearing completion and Dayanath's has almost won, Niti decides to marry Indraneel, after a fifteen minutes recess Niti presents the marriage papers to the judge, and the judge declares that Gungun will be in custody of Indraneel and Niti, Gungun accepts Niti as her mother and Rahul as her brother. Dayanath regrets being mean to Indraneel and accepts him as his son-in-law before flying back to London.

Tagline: A normal man in an abnormal world

Based on 0 rating
0 user 0 critic
Did you know? The film is a remake of the American movie I Am Sam (2001). Read More
0 User Reviews
No reviews available. Click here to add a review.
Cast 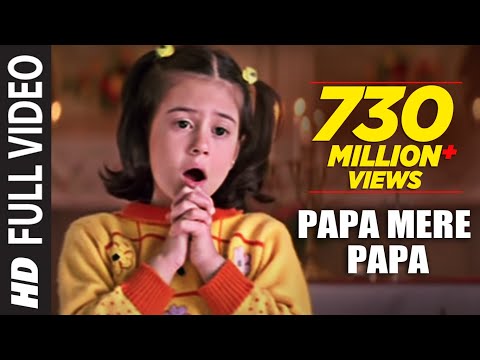