Cancel
Laholi is a small village in India whose inhabitants are poor, simple-minded, and are used to their lives being controlled by the dictatorial Landlord, Thakurain, and her brother, Baj Bahadur. Although Lilaram is the one with the highest educational qualifications, he is unable to secure any job. He decides to make a living selling lottery tickets, especially the Delhi-based Malamaal Weekly, but is barely able to make ends meet. Then one day he finds out that one of his lottery tickets is a winner. He concocts a scheme with his wife, which involves pawning her pet goat with the Thakurain, getting people together for a feast, so that he can get their tickets back - all in vain. Then he finds out that the only one who was absent was the town drunk, Anthony Fernandes. When he goes to Anthony's house he finds him dead, happily clutching his winning lottery ticket. When Lilaram tries to take the ticket from Anthony's hand, another villager, Balwant, happens to come by, both of them compromise and decide to share the one crore prize. They decide to toss the body in the river. Then Kanhaiya, who wants to marry Lilaram's daughter, Sukhmani, comes by, he overhears, and is also made a partner. Kanhaiya is asked to dispose off the body, which he does. The next day when Lilaram telephones the lottery office, he is told that Anthony had already phoned in his winning number. Lilaram, Kanhaiya, and Balwant rush to get Anthony's body back, which they find perched on a tree, as Kanhaiya had not done a good job. They take the body back and it is there that they are met by Anthony's estranged sister, Mary, who also knew about the winning ticket. After a few clarifications, Mary, her husband, and her child are also made partners. Then the sky literally falls on them when they find several village businessmen, to whom Anthony owed money, assembled in front of the house to collect their dues. They too are inducted as partners and then begins the trial of convincing the Lottery Inspector, Jayesh Agarwal, that Anthony is alive. Watch hilarious chaos unfold when Baj Bahadur, who also wants to marry Sukhmani, finds out about the winning lottery ticket.
See Storyline (May Contain Spoilers)

The film takes place in the impoverished village of Laholi where, following droughts, most of the villagers' possessions are mortgaged to the local Thakurani Karamkali (Sudha Chandran). One of the few entertainments the villagers can afford is the lottery, Malaamal Weekly (malaamal is Hindi for 'rich').

Lilaram (Paresh Rawal) is the only educated man in the village. He has the job of intermediary between the lottery organisation and the village, for which he receives a commission whenever a villager wins; thus, he has a relatively good but volatile income. One day he reads the winning lottery numbers and realises that one of the tickets has won the top prize of one crore (about $220,000, a relative fortune in rural India). He devises a plan to obtain the winning ticket and present it to the commission as his own. He hosts a dinner (mortgaging his wife's beloved pet goat to the Thakur's wife to pay for it) and invites all the villagers who play the lottery, but the man he is looking for does not turn up. By elimination he deduces that the winner is Anthony (Innocent Vincent), the town drunk, and reasons that he didn't turn up because he knew that he had won the top prize. Hoping to at least extract his commission, he goes to Anthony's house, and finds him dead, the winning ticket clutched in his hand and a happy expression on his face.

Lilaram attempts to pry the ticket from Anthony's fingers but is thwarted by Anthony's body in rigor mortis. Lilaram eventually succeeds in freeing it with a knife; at this point Ballu (Om Puri), the local dairy farmer, enters the house and discovers him standing over Anthony's corpse with what appears to be the murder weapon in his hand. Lilaram tells Ballu the truth and convinces him to remain silent in exchange for sharing the lottery winnings between them.

Unfortunately for them, before dying Anthony managed to call the lottery commission and give his name and address, as well as his sister and several people to whom he owed money to tell them of his good fortune. The secret soon becomes impossible to keep, and Lilaram must figure out how to fool the lottery inspector (Arbaaz Khan), who is on his way to the village to interview Anthony.

Based on 0 rating
0 user 0 critic
Did you know? Several reviewers consider this film to be very similar to Waking Ned Devine (1998). Read More
0 User Reviews
No reviews available. Click here to add a review.
Cast

The film was remade in Telugu as "Bhagyalakshmi Bumper Draw" and in Kannada as "Dakota Picture". 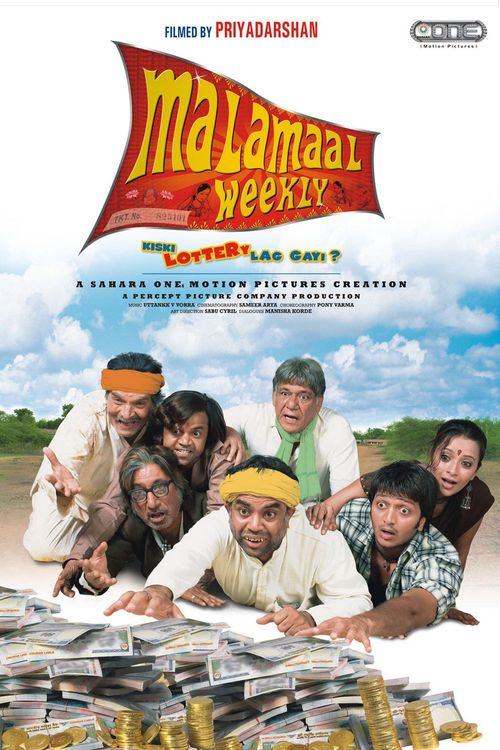 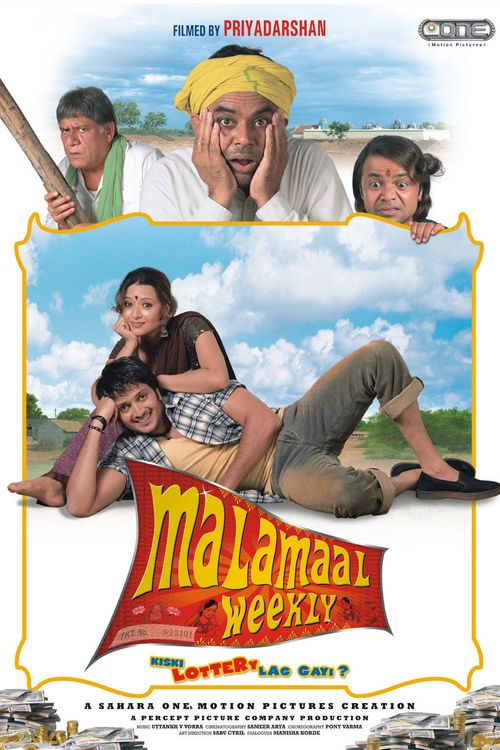 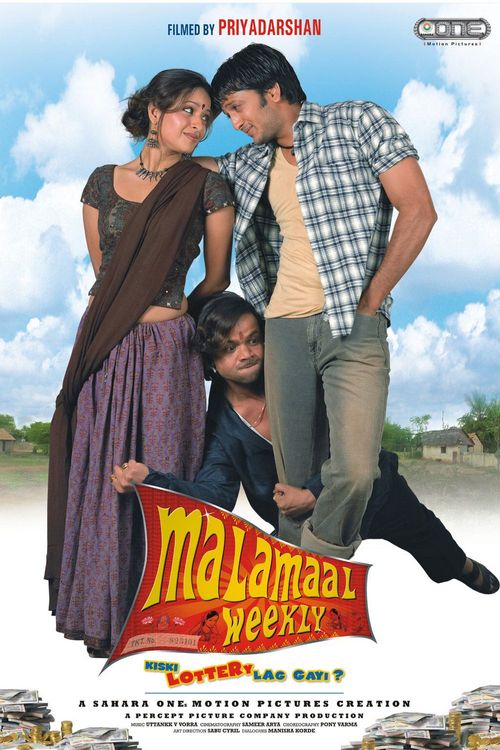