Cancel
Born in America, Marigold was the only child in the Lexton family. Her mom died when she was very young. She took an interest in acting and movies, much to the chagrin of her dad, who refused to do anything with her. She started acting in small budget movies as well sequels to popular releases such as Fatal Attraction, Basic Instinct amongst others. She landed a part in Kama Sutra 3 and had an eventful journey to Mumbai, India, and from there by taxi to Goa. It is here she found out that the movie has been canceled, and she has no money to return home as she was provided with a one-way ticket. She lands a singing/dancing role in Manoj Sharma's film, meets with Dance Instructor, Prem Rajput, who tells her that his grandma had predicted that he would meet and then get married to a woman named Marigold. She becomes attracted to him, even accompanies him to Jodhpur, Rajasthan, to his family home on the occasion of his sister, Pooja's marriage. It is here she will find out that Prem belongs to a royal family, and his marriage had already been finalized with a woman named Jhanvi, and no one in this family has ever dared to go against arranged marriages and tradition.
See Storyline (May Contain Spoilers)

Marigold Lexton (Ali Larter), a self-centered and temperamental young American actress, arrives in India expecting to be treated like a star, despite the fact that she has been making nothing but B movie sequels for some time. She is stranded in Goa after the film she was to star in is canceled, and a sympathetic crew member offers her a ride, which brings her to the set of another movie, a Bollywood musical. She actually tells her boyfriend Barry that she was hoping she wouldn't have to marry him if this trip was successful, and soon finds herself the center of attraction on the set, where she quickly lands a minor role and a date with the spoiled young lead actor. But after she rebuffs his crude proposal that night she winds up talking with Prem Rajput (Salman Khan), the film's choreographer. He knows she lied about being able to dance, and takes her in hand, while showing her the nearby towns and countryside in their spare time.

As they grow closer Prem talks to her about the importance of family, and she not only learns that he is estranged from his father, but that he is also a prince. He had not seen his family in three years, but the day before he received a call from his sister, asking him to come home for her wedding. He asks Marigold to go home with him to Jodhpur, Rajasthan, for the wedding, since shooting on the movie had been shut down for a week. She is entranced by the generosity and opulence of his family leading up to the wedding, but afterwards is shocked to discover that he has been betrothed to another since childhood. He has fallen totally in love with Marigold, but has neglected to mention the long arranged marriage, and his father has not encouraged him to follow his heart. She feels betrayed and storms out, followed by Prem's fiance, who offers to buy her a drink. She confesses to Marigold that although she loves Prem she doesn't believe he has ever really loved her.

Meanwhile Prem, a teetotaler, heads to a bar to drown his sorrows, where he finds a drunken American who commiserates with his romantic problems. He explains he has come looking for his estranged girlfiend, called Marigold, and Prem invites him to stay the night at his parents' house. Barry accepts and then passes out. In the morning, Marigold decides to return with Barry to the United States, since Prem, the only son of Jaipur's Ruler, feels duty bound to marry the woman his father has chosen. The ceremony takes place that day, and as he follows his bride, whose face is totally hidden behind a long veil, seven times around the Holy fire, Prem believes he is marrying the woman he has been engaged to since childhood. With the marriage complete, Prem lifts his wife's veil, and he and most of the guests are astonished to find Marigold standing before him—and it appears that Barry has married Prem's former fiance as well. The movie's director and their friends from the crew appear in the crowd, cheering, then Prem sings and dances with Marigold and a full chorus, just like a happy ending in a Bollywood musical.

Based on 0 rating
0 user 0 critic
Did you know? Preity Zinta was offered a role in the film, but turned it down. Read More
0 User Reviews
No reviews available. Click here to add a review.
Cast 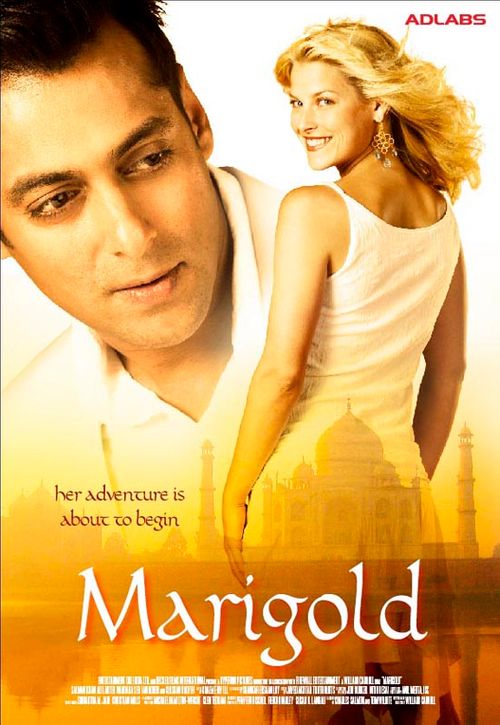 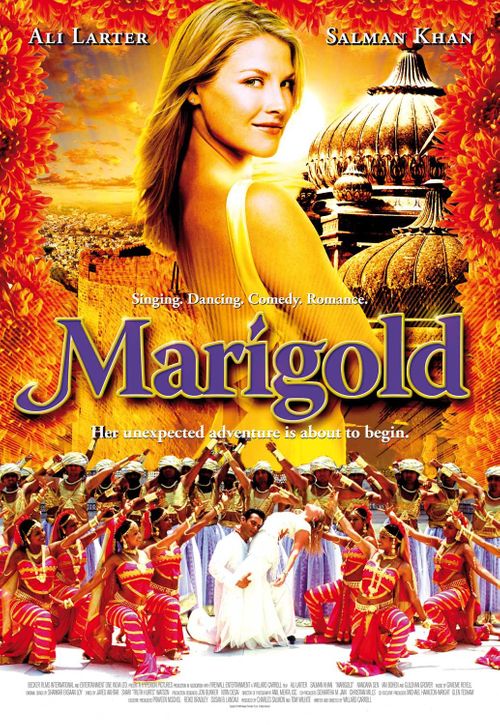