Cancel
After their wedding, newspaper writers John and Jennifer Grogan move to Florida. In an attempt to stall Jennifer's "biological clock", John gives her a puppy. While the puppy Marley grows into a 100 pound dog, he loses none of his puppy energy or rambunctiousness. Meanwhile, Marley gains no self-discipline. Marley's antics give John rich material for his newspaper column. As the Grogans mature and have children of their own, Marley continues to test everyone's patience by acting like the world's most impulsive dog.
See Storyline (May Contain Spoilers)

Soon after their wedding, John and Jenny Grogan escape the brutal Michigan winters and relocate to a cottage in southern Florida, where they are hired as reporters for competing newspapers. At The Palm Beach Post, Jenny immediately receives prominent front-page assignments, while at the South Florida Sun-Sentinel, John finds himself writing obituaries and two-paragraph articles about mundane news like a fire at the local garbage dump.

When John senses Jenny is contemplating motherhood, his friend and co-worker Sebastian Tunney suggests the couple adopt a dog to see if they're ready to raise a family. From a litter of newborn yellow labrador retrievers they select Marley (named after reggae singer Bob Marley), who immediately proves to be incorrigible. They bring him to Ms. Kornblut (Kathleen Turner), who firmly believes any dog can be trained, but when Marley refuses to obey commands, she expels him from her class.

Editor Arnie Klein offers John a twice-weekly column in which he can discuss the fun and foibles of everyday living. At first stumped for material, John realizes the misadventures of Marley might be the perfect topic for his first piece. Arnie agrees, and John settles into his new position.

Marley continues to wreak havoc on the household, providing John with a wealth of material for his column, which becomes a hit with readers and helps increase the newspaper's circulation. Jenny becomes pregnant, but loses the baby early in her first trimester. She and John travel to Ireland for a belated honeymoon, leaving the rambunctious dog in the care of a young woman who finds him impossible to control, especially during the frequent thunderstorms that plague the area. Soon after returning from their vacation, Jenny discovers she is pregnant again, and this time she delivers a healthy boy, Patrick. When she has a second son, Connor, she opts to give up her job and become a stay-at-home mom, and the couple decides to move to a larger house in the safer neighborhood of Boca Raton, where Marley delights in swimming in the backyard pool.

John and Jenny welcome a daughter, Colleen, to their family. Although she denies she is experiencing postpartum depression, Jenny exhibits all the symptoms, including a growing impatience with Marley and John, who asks Sebastian to care for the dog when Jenny insists they give him away. She quickly comes to realize he has become an indispensable part of the family and agrees he can stay.

John celebrates his 40th birthday. Increasingly disenchanted with his job, he decides to accept a position as a reporter with The Philadelphia Inquirer with Jenny's blessing, and the family moves to a farm in rural Pennsylvania. Life is idyllic until the aging Marley begins to show signs of arthritis and deafness. An attack of gastric dilatation volvulus almost kills him, but he recovers. When a second attack occurs, it becomes clear surgery will not help him, and Marley is euthanised with John at his side. The family pay their last respects to their beloved pet as they bury him beneath a tree in their front yard.

Tagline: Their relationship wasn't going anywhere until one little thing tied it all together.

Based on 0 rating
0 user 0 critic
Did you know? The "Sun-Sentinel" and "Philadelphia Inquirer" office scenes were filmed on location. Read More
0 User Reviews
No reviews available. Click here to add a review.
Cast

Stunt Coordinator
Blaise Corrigan
GA Aguilar
John Cenatiempo
Technical Details
Film Type:
Feature
Language:
English
Colour Info:
Color
Sound Mix:
Dolby Digital, DTS
Frame Rate:
24 fps
Aspect Ratio:
2.35:1
Stereoscopy:
No
Fun Stuff
Taglines:
Their relationship wasn't going anywhere until one little thing tied it all together.
Heel the love
Filming Locations:
Miami, Florida
Los Angeles, California
Philadelphia, Pennsylvania
Roundstone, County Galway
West Chester, Pennsylvania
Fort Lauderdale, Florida
Goofs:
Revealing Mistakes
When John and Jenny first go to look at puppies, the breeder tells them that they'll have to wait three weeks until the puppies are weaned. This would put the pups at about four or five weeks old, when they should weigh about 4 pounds. However, the size of the puppies used in the scene puts them closer to 10 or 12 weeks of age.

Revealing Mistakes
When Debbie the dogsitter is startled by Marley in the shower, the hem of her body suit is visible pressed against the shower curtain.

Revealing Mistakes
Marley's features (ear shape, head shape, color) keep changing during the duration of this movie revealing that more than one dog was used.

Revealing Mistakes
When Jenny returns from Gainesville, John picks her up from the airport in what it seems to be a rainy day. Even though the water is pouring on their car, the men walking in the distance are obviously not rained upon and the asphalt is dry.

Errors in Geography
About two-thirds of the way through the picture, West Palm Beach Police show up at the beach, responding to the dog pooping in the water. This beach is in the jurisdiction of the Palm Beach Police, not the West PB Police.

Crew/Equipment Visible
When the main characters are walking down the beach and are shown from in front, you can see the stirred up sand from dragging the camera along. When the shot changes to behind, this is not visible, nor when they are shown from the side. These three viewpoints keep rotating, making the trail appear and disappear repeatedly.

Continuity
When John first brings puppy Marley home, Marley's collar suddenly appears as John picks him up to take him from the car.

Continuity
Towards the beginning in the movie Owen Wilson and Eric Dane are at the newspaper talking, Wilson takes his bag off twice - once before his boss tells him his assignment, and then again after.

Continuity
The height of the window in the passengers side door changes from shot to shot when Marley tries to get out of it on the way to the veterinary clinic.

Continuity
When John gets a cup from the cabinet, the cabinet is open but in the next shot it's closed.

Continuity
This goof is also in the trailer. When Marley is being taken to the vet, he is trying to get out of the car. He starts walking and his hind legs are in the car but in the next scene they are outside the car. They are then in the car and back out again.

Continuity
In one scene they have two cars a Honda and another car. But in one shot, instead of the Honda in the driveway there is a Volvo. Then in the next shot it is back with the Honda and the Volvo doesn't appear till a couple of scenes later.

Continuity
In the scene where the kids get off the school bus, at first you see two cars in the driveway, but in the next shot looking at the house there is only one car.

Continuity
When dropping Jennifer off at the airport, they're in a rusty red Toyota Tercel, but while driving home with the dog, John is driving a Honda Accord.

Continuity
In the scene where John and Jen are choosing a puppy, you can see that Jen is holding "clearance puppy". The next time you see her she is not holding a puppy, then she is holding the puppy again, and then she isn't.

Character Error
In the first scene in the their house, Jennifer is reading John's column, an ad on the back page has discount misspelled "diccount".

Character Error
After John picks up Jen from the airport and Marley destroys the garage, Jen is petting Marley and calls him Miley not Marley.
Trivia:
Marley was played by 22 different dogs over the course of the film.

Beach scenes apparently set in Briny Breezes, an area nicknamed "Dog Beach" by locals for its friendliness to the canine set. Palm Beach County Commissioners banned dogs from the beach, for reasons self-evident in the last beach scene.

The "Sun-Sentinel" and "Philadelphia Inquirer" office scenes were filmed on location.

Owen Wilson's real parents played his parents in the movie. His mom's biggest problem was remembering not to call him Owen. 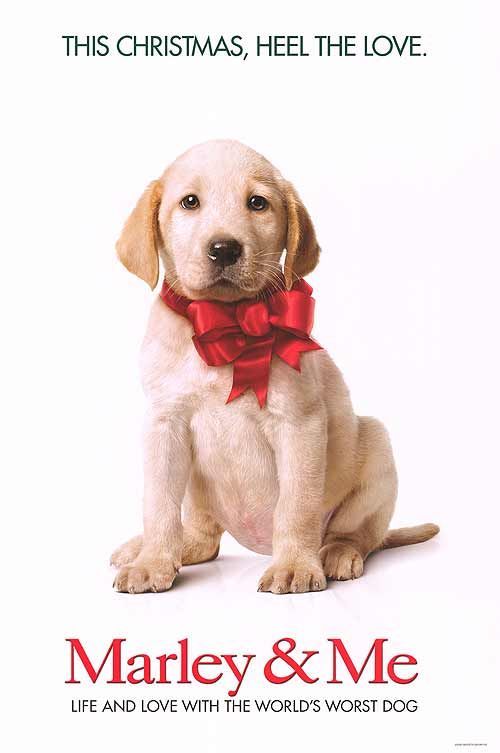 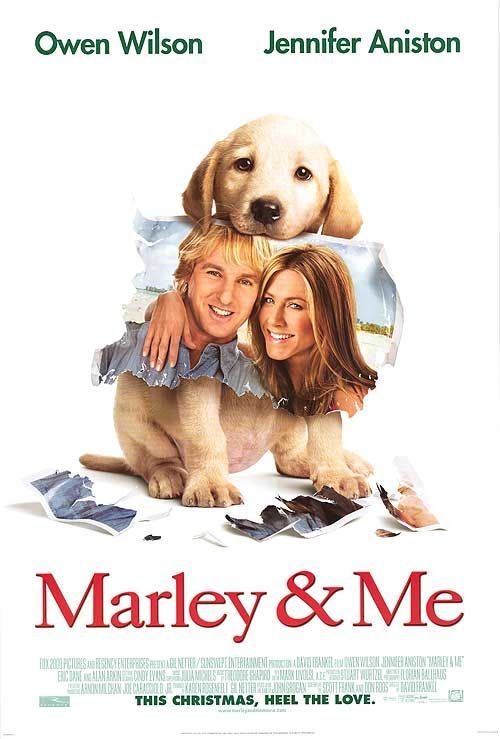 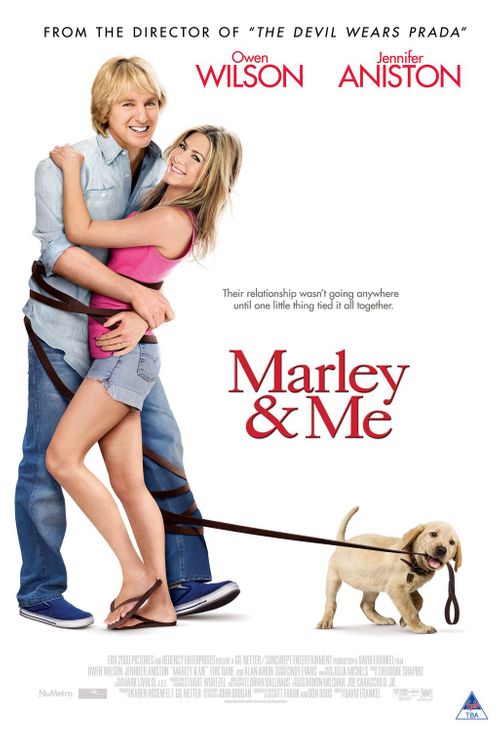 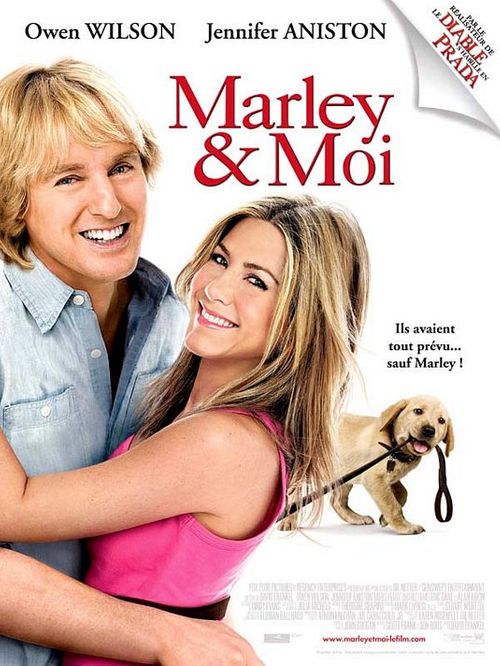 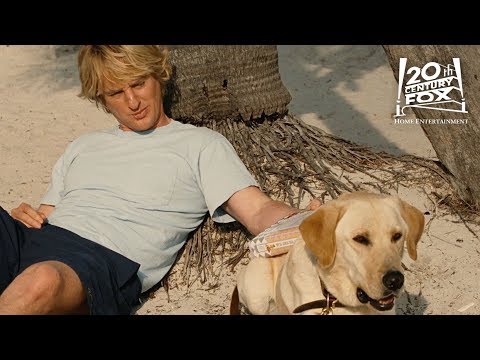 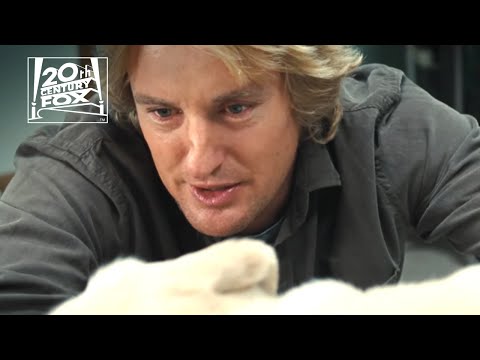 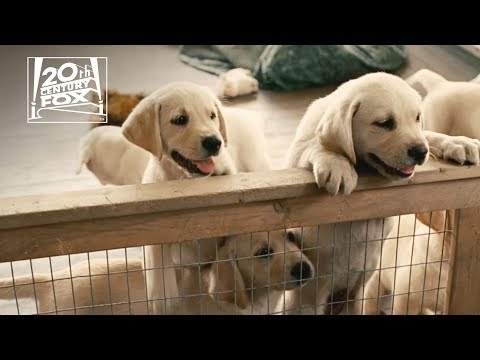 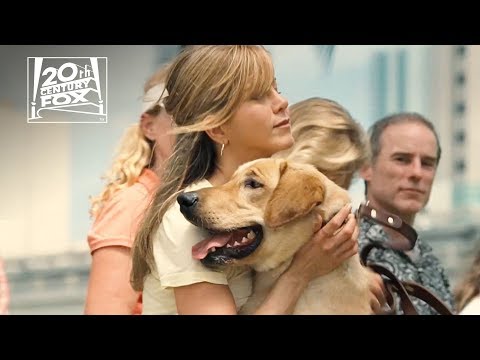 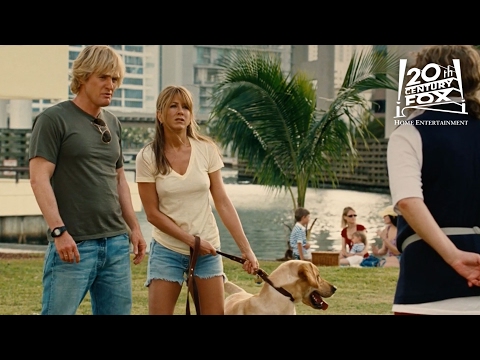