Cancel
Three college friends, who are bored of their married lives, decide to spice up their lives by indulging in extramarital affairs. Things go awry when they become the prime suspects in a murder investigation.
See Storyline (May Contain Spoilers)

This contemporary adult comedy revolves around three bachelors, Meet (Vivek Oberoi), Prem (Aftab Shivdasani) and Amar (Ritesh Deshmukh). Their lives are carefree until they each get married and turn into bitter, unsatisfied husbands. Meet marries Anchal (Amrita Rao) who is obsessively possessive about her husband. Prem marries Geeta (Tara Sharma) who is overly religious and thus their sex life suffers. Amar marries Bindiya (Genelia D'Souza) who is dominating and they live with her equally aggressive mother (Archana Puran Singh).

Fed up, the men get together one day and make plans to reintroduce the fun and excitement back into their lives. They set their sights on other women but eventually realize they have all been seeing the same girl, Monica (Lara Dutta). She blackmails the trio, threatening to expose the affairs to their wives unless they give her Rs.10 lakhs.

Having gathered the money, the terrified men arrive at the drop off location, only to find Monica dead in her car. They panic and try to hide her body, in order to avoid blame, but are interrupted by police officer Sikander (Ajay Devgan), who is suspicious of them. The trio goes to Monica's house for further investigation, and they hide in Monica's veranda after they realise that Sikander had followed them there.

The next morning, a mysterious man finds them and reveals that he killed Monica, demanding a ransom to cover the crime. The guilt-ridden men go to their respective wives to apologise, since they feel like the truth is bound to be revealed.

The very next day, the killer pursues the men, resulting in a shoot out in which they unintentionally kill the mysterious man. Afterwards, they are arrested and imprisoned. Their wives arrive at the jail and the men emotionally reveal the truth. After some time, the women reveal that the entire situation was set up by them - Monica is alive and the 'killer' is Sikander himself. The women wanted to teach their husband's a lesson and remind them to be appreciative. The men then apologise their wives and promise to never misbehave again.

Based on 0 rating
0 user 0 critic
Did you know? Ritesh Deshmukh and Genelia D'Souza were dating during the making of the film and went on to get married in 2012. Read More
0 User Reviews
No reviews available. Click here to add a review.
Cast

Ritesh Deshmukh and Genelia D'Souza were dating during the making of the film and went on to get married in 2012.

The film was initially titled Khujli. 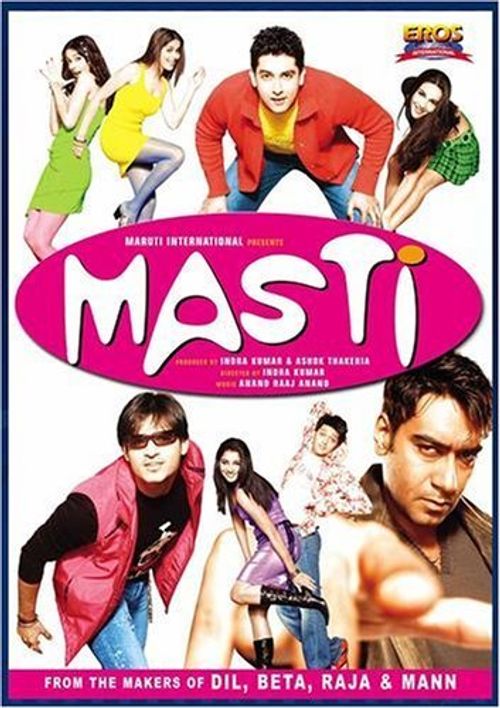