Cancel
Bill Parrish (Anthony Hopkins), businessman and devoted family man, is about to celebrate his 65th birthday. However, before he reaches that landmark, he is visited by Death (Brad Pitt), who has taken human form as Joe Black, a young man who recently died. Joe and Bill make a deal: Bill will be given a few extra days of his life, and Joe will spend the same time getting to know what it's like to be human. It seems like a perfect arrangement, until Joe falls in love -- with Bill's daughter.

Tagline: Meet Joe Black: Sooner or Later Everyone Does

Based on 0 rating
0 user 0 critic
Did you know? Anthony Hopkins would frequently come to blows with Martin Brest over the director's insistence on doing multiple takes. Read More
0 User Reviews
No reviews available. Click here to add a review.
Cast

Continuity
The exterior shots of the helicopter are of a Sikorsky S-76. However, the interior shots are of a larger helicopter, possibly something equivalent to a Sikorsky S-92 (the executive model S-76 typically has only 2 rows of rear seats that face each other).

Continuity
When Allison has the three different cakes brought in for her father to taste and choose one for the party - the chocolate cake keeps changing position from shot to shot.

Continuity
In the coffee shop, Susan pours cream into her coffee three times, and puts sugar in twice.

Continuity
When Joe walks into the office to tell Bill that it will be just the two of them, Bill takes off his glasses twice.

Continuity
When Quince is talking to Joe before the party, his wine glass jumps from hand to hand between shots.

Continuity
Just before clinking glasses with Joe Black, William Parrish holds his wine glass by the bowl when seen from the front, but by the stem when shot from behind.

Continuity
When Susan is kissing Joe goodbye after having made love, her medical bag is on the floor. Even though she doesn't bend down to pick it up before she walks away, she has it in her hand as she exits.

Continuity
During the first close up of Susan at the parts the straps of her dress are twisted at the back. They are straightened in the future scenes.
Trivia:
The film cast includes three Oscar winners: Anthony Hopkins, Brad Pitt and Marcia Gay Harden; and one Oscar nominee: June Squibb.

A truncated two hour version has been shown on television and airlines, achieved by chopping out most of Anthony Hopkins's character's business. Martin Brest has disowned this edit so the director's credit is for Alan Smithee.

When death is standing behind the glass in Bill's library upon their first meeting, the body is obscured. However, when death stands closer to the window, the outline in the window forms a skull. This is the first indication of who the mysterious person is.

The part played by Anthony Hopkins was originally slated for Gene Hackman.

When "The Guy at the Coffee Shop" first appears, he is obscured in the translucent phone booth talking on the phone. The first time "Death" is seen is in "the Guy's" body also obscured behind glass in Bill's library making a direct connection between the two.

Anthony Hopkins would frequently come to blows with Martin Brest over the director's insistence on doing multiple takes.

A reunion for Brad Pitt and Anthony Hopkins after playing father and son four years previously in Legends of the Fall (1994).

Future director Eli Roth had an early job working as a stand-in during production of this film, but was fired by director Martin Brest due to a misconception. Reportedly, Roth was asked to walk with an awkward "bouncing" motion to appear "taller" (as he was physically shorter than the actor he was doubling) while the crew set up a shot and lighting with him. Director Brest happened to walk by, saw Roth's awkward movement, and declared him to be "one untalented stand-in" before ordering him to be immediately fired, not realizing he had been instructed by the crew to move that way. Roth was later re-hired as a production assistant, but this was kept secret from Brest to avoid trouble.

loosely based on the film Death Takes A Holiday.

During Bill and Susan Parrish's last scene together, the orchestra plays an arrangement of "What a Wonderful World." First recorded by Louis Armstrong in 1968, the song has become a standard. Armstrong's recording was inducted into the Grammy Hall of Fame in 1999. 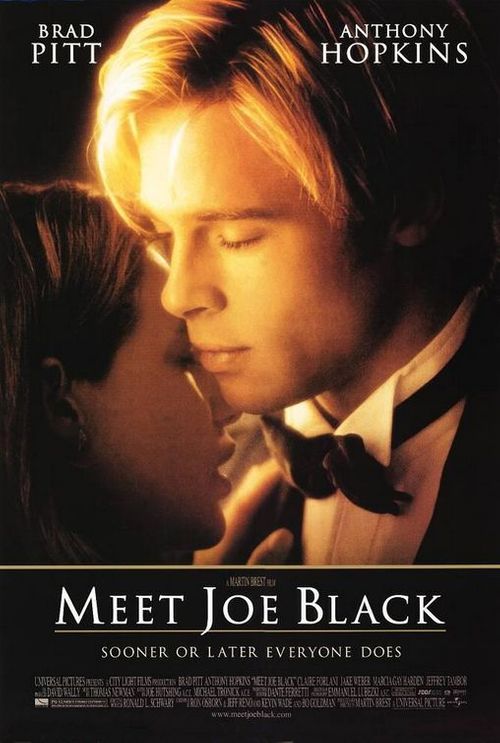 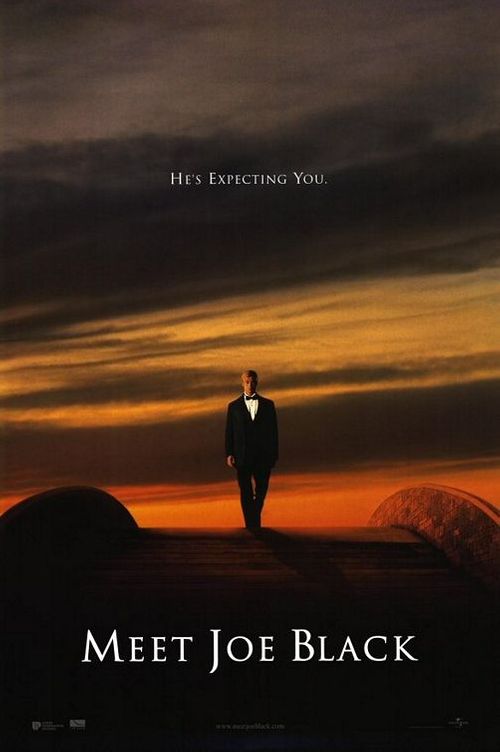