Cancel
Meghe Dhaka Tara" tells the tragic story of the beautiful daughter of a middle-class refugee family from East Pakistan, living in the outskirts of Calcutta under modest circumstances. Neeta sacrifices everything for her family, including her personal happiness, her money, and her health, while her achievements are hardly ever recognized by the people around her.
See Storyline (May Contain Spoilers)

One of Ghatak’s most powerful and innovative melodramas revolving around the self- sacrificing Neeta (S. Choudhury), a figure analogous to the women in Mizoguchi’s work. A family of refugees from the Partition of Bengal live in a shanty town near Calcutta, surviving on the earnings of the eldest daughter Neeta. Her elder brother Shankar(A. Chatterjee) hopes to become a classical singer, and Neeta postpones her marriage to the scientist Sanat (N. Ray) to support the family and to pay for her younger brother’s and sister’s studies. Eventually, with the tacit encouragement of Neeta’s mother
(De), Sanat marries her younger sister Geeta (G. Ghatak). The family is beset by misfortunes as the father (B. Bhattacharya) and the younger brother Montu (Bhawal) both suffer accidents, forcing Neeta to remain the sole breadwinner in spite of her worsening tuberculosis. Finally Shankar, having achieved his ambition, takes her to a mountain resort for treatment. There, terminally ill and having sacrificed her best years, she finally cries out into the silence of the mountains her will to live. The story is familiar in Bengali melodrama (cf. Arundhati Devi’s Chhuti, 1967), a link stressed by the casting of Bengali star Supriya Choudhury. However, into this plot Ghatak weaves a parallel narrative evoking the celebrated Bengali legends of Durga who is believed to descend from her mountain retreat every autumn to visit her parents and that of Menaka. This double focus, condensed in the figure of Neeta, is rendered yet more complex on the level of the film language itself through elaborate, at times non-diegetic sound effects working alongside or as commentaries on the image (e.g. the refrain Ai go Uma kole loi, i.e. Come to my arms, Uma, my child, used through the latter part of the film, esp. on the face of the rain-drenched Neeta shortly before her departure to the sanatorium). This approach allows the film to transcend its story by opening it out towards the realm of myth and to the conventions of cinematic realism (evoked e.g. in the Calcutta sequences). The characters, their actions and the way both are represented acquire an epic dimension: characters, without losing their singularity, are presented as figures caught in the web of historical (and therefore changeable) forces while the limits of mythic and of ‘traditional’ melodramatic narrative idioms are exceeded by a new, specifically cinematic mode of discourse. For instance, Neeta cuts across both the mythic and the melodramatic stereotypes of ‘the nurturing mother’, an association elaborated further musically by the Baul folk number, the Khayal compositions and a spectacularly filmed Tagore song (Je raate mor dwarguli); the oppression/ seduction/nurture triangle which structures the Durga legend as derived from Tantric abstractions, is projected on to the mother, Geeta and Neeta, inscribing these abstractions back into history and thus making them available for critical reconsideration. Kumar Shahani addressed the film’s achievements in his major essay ‘Violence and Responsibility’ (cf. Shahani, 1986). 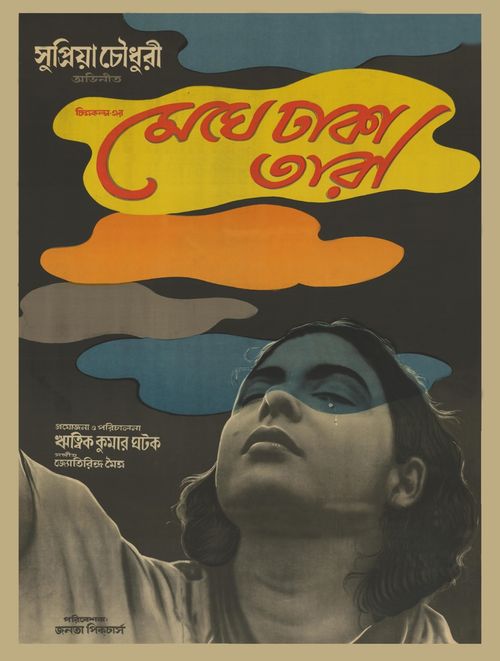