Cancel
A loving father, who became a single parent after losing his wife when both his children were just toddlers, makes many sacrifices to ensure that his young sons become successful adults. Now, it is his son's turn to take care of him and ensure that he is reunited with his lost love.
See Storyline (May Contain Spoilers)

Witty and wise, this offbeat family drama revolves around Janaradhan Wishvanbhar Rane, a widower who has spent his life bringing up his two kids Chirag and Gaurav. Janaradhan has done everything for his kids to bring them up in the best possible manner, ever since they were toddlers.

Now when the youngsters have grown up, Gaurav takes up the responsibility of his father. They both manage the household chores and their business to the best of their abilities. Though he is the younger son, he treats his father like his son. Gaurav is on guard with the vigilance of a disciplined parent. He shouts, threatens, and fights - even locks up his father occasionally so that his prankster best friend Madhav.

Mathur who is a divorcee, desperate to get married, does not spoil him. Madhav and Janaradhan who are always in search of a bride for Madhav forever land up in trouble and every time Gaurav has to bail them out and face the embarrassment. Gaurav busy managing his business starts getting prank calls from a girl who turns out to be his old college friend Sheekha Kapoor. Sheekha is staying with her guardian Anuradha who is also Janardhan's first love.

Gaurav and Sheekha notice changes in the behavior of Janaradhan and Anuradha when they come face to face after many years. They come to know about their past relationship. Now Gaurav wants his father to get married to his lost love. Gaurav and Sheekha embark upon a rib-tickling journey to arrange his father's love marriage and in the process find soulmates in each other.

Based on 0 rating
0 user 0 critic
Did you know? The film is a remake of the Malayalam movie Ishtam (2001). Read More
0 User Reviews
No reviews available. Click here to add a review.
Cast

Continuity
When Sheekha (Genelia) and Gaurav (Akshay) are discussing the strange behavior of Gaurav's father in the car, the car moves in same street three times, while Gaurav is driving.
Trivia:
The film is a remake of the Malayalam movie Ishtam (2001). 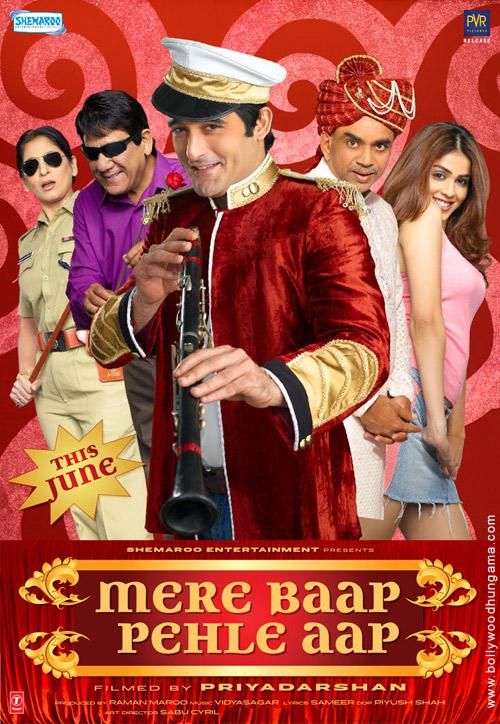