Cancel
Ajay gets married to his childhood friend Durga; who is illiterate unable to differentiate between the style of these days and that of long time ago. When Ajay is given the post as police inspector he re-locates to Bombay and later on encourages Durga to move into there new home. In this new environment Durga will meet with some women who are subjected to injustice by some influential people, the police and corrupt politicians. Watch when Durga attempts to defend the rights of these women how she will be maligned and what impact it will cause on her marriage life.
See Storyline (May Contain Spoilers)

This is a story of a beautiful village girl called Durga (Sridevi) married with her childhood sweetheart Ajay (Akshay Kumar). Ajay is a policeman who worked in the city and bring his wife to live with him.
As a simple girl, Durga has the nature of plain and too much talk. Although initially Ajay looked a little embarrassed to see the nature of his wife who was always outspoken, but how did he love Durga. But the harsh nature of Durga and always fighting for truth and justice that have made him have more enemies. Durga also made friends with Gangu, a shopkeeper, Radha and her brother, Ballu (Gulshan Glover). One night, Durga saw a girl about to be kidnapped by a group of men. She fought off the thugs and rescued the girl.
The thugs were men of Bhairav (Anupam Kher) who is a ruthless man who attacked the editor of the press who want to expose the crimes that take the kidney organs illegally from poor people to sell. Angry at the interruption of his business, he then asked a policeman named SP Chaurasia (Kiran Kumar) to get rid of Durga.
One day, while Ballu was out of town, his sister, Radha was kidnapped and taken to a brothel by Bhairav's men. Fortunately Durga managed to save Radha. However, the brothel was then raided by the police which is a trap planned by Chaurasia to get rid of Durga. He then asked Durga and Radha to become witness, but in court he accused them of being prostitutes. Unfortunately at that time, Ajay was sent for duty out of town so do not know the fate of his wife. Durga had to fight clear her good name.
When Ajay returns, he found out about the truth and anxiously helps his wife in clearing her name. He managed to find the culprit that ruined his wife's reputation but with the lack of evidence, he could not bring justice to his wife. Meanwhile, Radha's brother returned and was told of what had happened by Gangu. In anger, he killed one of Bhairav's men and left the dead body in front of Chaurasia's mistress, Savitri's house in which he was sleeping. When Durga and Gangu saw the dead body, Gangu awoken the villagers and they demanded Savitri to come out.
Scared of defamation, Chaurasia ran out through the back door only to be caught by the villagers and was beaten up by them. Ajay soon arrived at the scene at dragged him to court. Ajay then twist the story as Chaurasia did with his false statement during Durga's trial.
Unfortunately, Savitri came in as his witness and stated that they spent the night together and it was impossible for the murder to happen. Chaurasia was freed only to reveal that Savitri said what she said only because her child was kidnapped by Bhairav's men in order to free Chaurasia. Ballu confessed that he did the murder and was jailed.
Soon after, Savitri went to the higher authority to tell the truth. In the meantime, Durga and Ajay conducted Radha's wedding. But it was interrupted as Bhairav and Chaurasia wanted revenge on Durga and Ajay. Not long after the fight, the police force came and arrested Bhairav and Chaurasia. In the end, Durga's name was cleared, Ballu managed to conduct his sister's wedding as he was granted bail, Durga was approached to enter politics, Ajay was promoted and they lived happily ever after.

Based on 0 rating
0 user 0 critic
Did you know? The film began in 1994. After several delays, it finally released in 2004. Read More
0 User Reviews
No reviews available. Click here to add a review.
Cast

This is the only film in which Akshay Kumar and Sridevi act together. 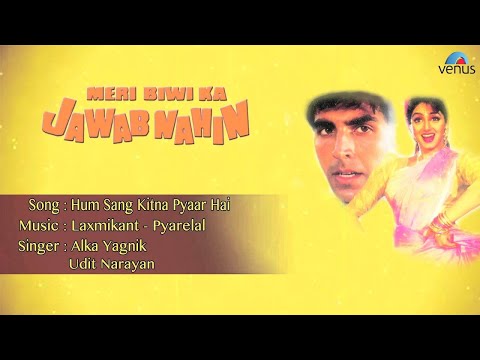