Forget about the calories and give in to the temptation of entertainment by treating yourself to Motichoor Chaknachoor.
Delnaz Divecha, BookMyShow
0

Motichoor Chaknachoor comes off as a mixed bag that leaves a lot to be desired in the execution department.
Sreeparna Sengupta, The Times of India
0

Ambition isn’t a word one often hears in Bollywood — even Hollywood for that matter.
Shalini Langer, Indian Express
0

Motichoor Chaknachoor is all pomp & no substance. It's average in merits, providing a few laughs intermittently. Its sustaining power at the box-office is doubtful.

The film has an intriguing first half filled with humour and the antics of Nawazuddin Siddiqui will definitely leave you in splits. But soon disappointment creeps in as Motichoor Chaknachoor's second half falls flat predictably when it comes to humour. It isn't totally captivating. Debutante director Debamitra Biswal Hassan's writing is plain mediocre. Besides, the second hour is lengthy & it gets tedious. Also, the pre-climax and climax don't sweep you off your feet. Unfortunately, what happens in Motichoor Chaknachoor is that you root for a few individualistic sequences only, not the film in entirety. In a nutshell, the movie does appeal, but in bits and spurts. Not in totality. An average experience!

Special mention should be given to dialogue writer Bhupendra Singh who has given some of the best lines to Nawazuddin Siddiqui. However, we wish he could have retained his series of punches even in the second half. The screenplay of Motichoor Chaknachoor is plain average. One misses a meatier script in the second hour.

Interesting concepts don't necessarily translate into interesting films. Motichoor Chaknachoor fizzles as soon as director Debamitra Biswal Hassan establishes the plot, because neither does the comic factor work nor do the melodrama salvage the show. The film has an anti-dowry message also. However, after a point, the writing doesn't spring any surprises. You know exactly what's in store next and that's what bogs it down. What the director delivers in Motichoor Chaknachoor makes you sit motionless for most parts. It fails to invoke wolf whistles or ovation at the right places. As a result, the viewer feels dejected because the drama is devoid of intensity.

Directorially, Debamitra Biswal Hassan's work gets easier thanks to the presence of seasoned actors but she needs to polish her skills as far as technique is concerned. Music is strictly okay. However, the picturisation of songs camouflages the deficiency. Suhas Gujarathi's cinematography is decent.

Now to the performances. Motichoor Chaknachoor solely rides on Nawazuddin Siddiqui's shoulders. And he manages to carry off the role with aplomb despite the fact that he's known for serious cinema. The masses will simply love him in this avatar. Another special mention to Athiya Shetty. From getting the accent spot on to displaying the perfect body language & mannerisms to acing her expressions, she is a revelation to behold. I wish she approves better projects in future. Vibha Chibber, Navni Parihar, Vivek Mishra, Karuna Pandey, Sanjeev Vatsa, Abhishek Rawat, Sapna Sand and Usha Nagar are mere gap fillers but they lend able support.

To sum up, Motichoor Chaknachoor kick-starts with rib-tickling moments but fails to retain the humorous momentum throughout. Choosing an unconventional story is great, but it gets cumbersome to sit through the film after a point. Skip it! 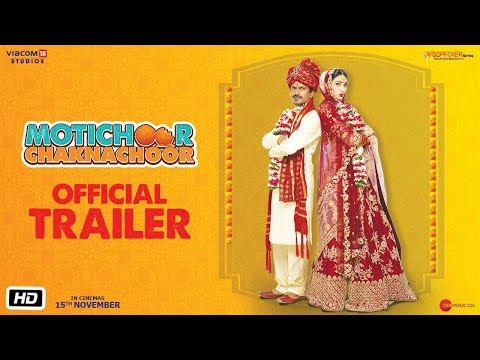 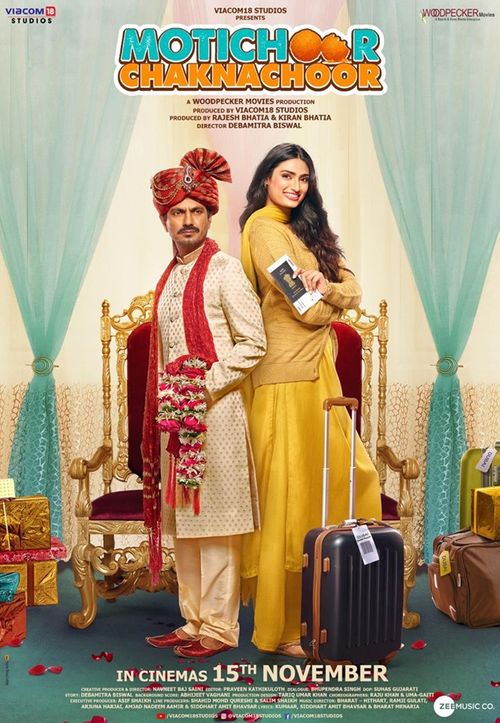 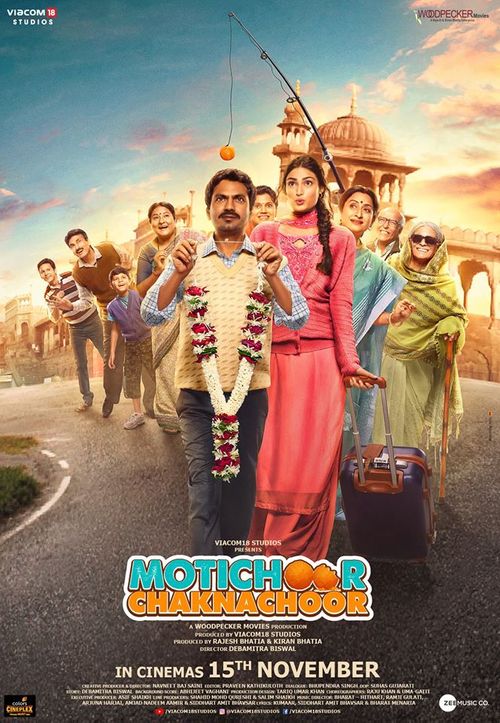 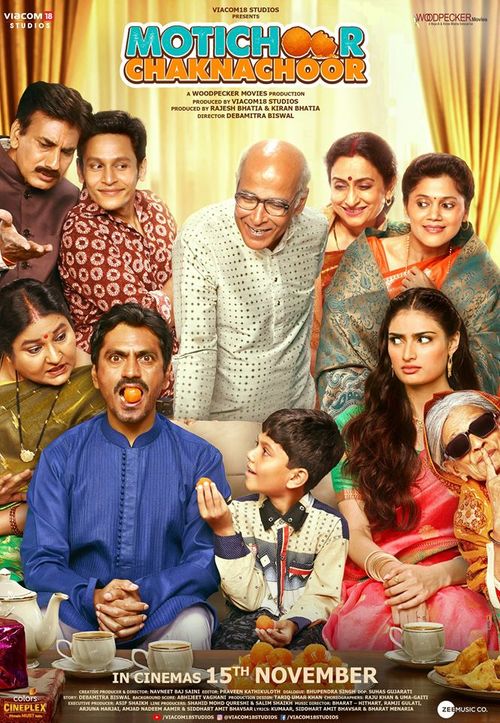 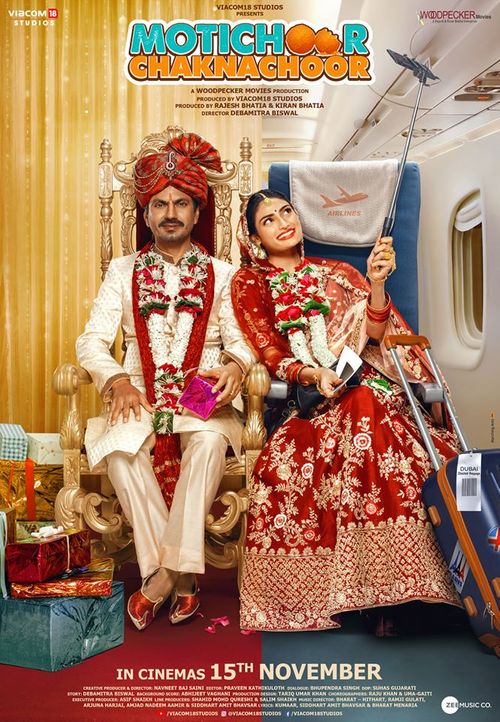 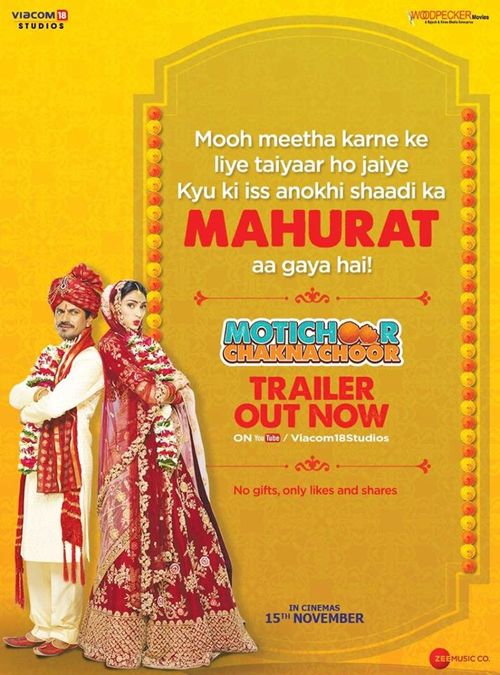 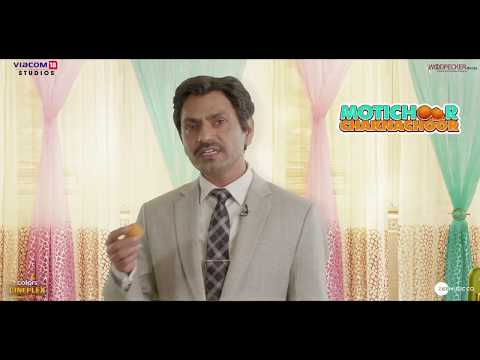 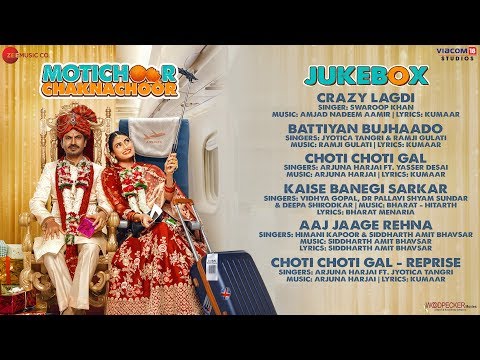 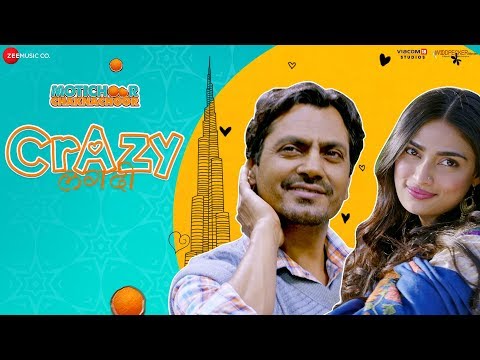 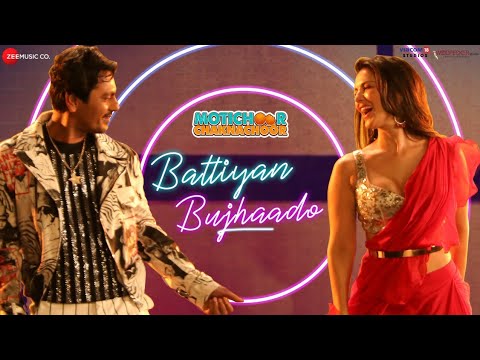 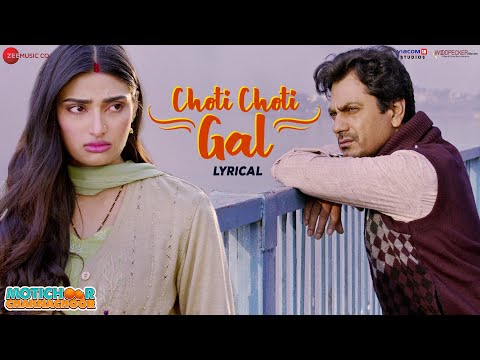 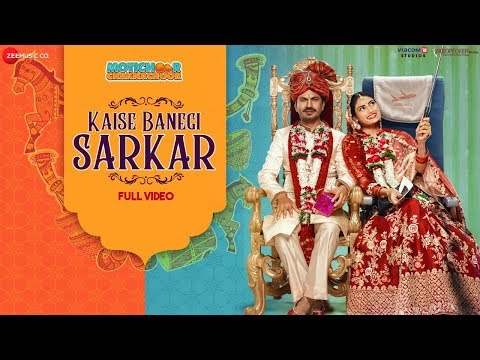 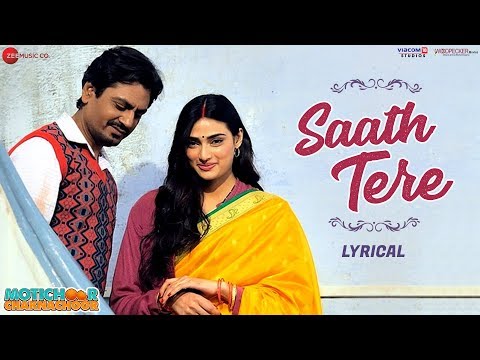