Cancel
An egotistical bank employee thinks that it is easy to be a homemaker and that men are better than women. However, circumstance causes him to lose his job, while his wife finds gainful employment. How will he cope with being a stay-at-home husband in a patriarchal society?
See Storyline (May Contain Spoilers)

Balaji (Rajendra Prasad ) is a bank employee married to Jhansi (Aamani ), a beautiful woman who takes care of their home and their two kids. He gets promoted to bank head cashier and as per the rules, gets one key for the bank vault with the other key present with bank manager (Tanikella Bharani).

He celebrates is promotion by buying a television set, but due to the treacherous and cunning plan by Bharani along with another bank employee as his aid, Balaji is found accountable to a one lakh loss to the bank. He gets suspended from the bank on the day of promotion itself but to his surprise, he doesn't get recruited into any other job from next day as he has a negative record.

Jhansi convinces Balaji that she'd use her B.Com qualification to get work in Annapurna Foods company, whose Managing Director is her friend from the 12th grade. She goes to meet Gopal Krishna (A.V.S), her friend in the office.

After using her wit/charm/brains in tackling a business issue in the board meeting (at which she is coincidentally present), Jhansi gets the job as vice president for Sales division with a pay of Rs. 10,000 a month. She tells her husband that she secured a job with Rs. 3000 monthly pay.

Meanwhile, Balaji challenges Jhansi that he can take care of the house as he considers it a very easy job and he struggles at home. He cannot make his kids get ready to school, cannot cook at home and cannot manage even simple chores.

He hates Jhansi working in office while he sits at home, but his hands are tied. A few fights ensure between the couple over the same issues and finally after Krishnashtami celebration events at Gopal’s house, Balaji loses his rag. He accuses Jhansi that she wanted her husband to feel bad about himself which is why she took him to Gopal’s house to show him how wealthy and happy Gopal is.

Jhansi gets a bonus oof Rs. 20,000 in office for massive increase in sales and the amount she has said the increases to Rs. 85,000. She borrows Rs. 15,000 from Gopal and gives one lakh to Balaji asking him to submit it in the bank which makes Balaji angry.

He cannot believe that even his wife would think that her husband stole the money and leaves the house. He calls the bank manager from a payphone and tells him that he cracked the vile plan of theirs. Meanwhile, Jhansi takes the help of her friend Gopal and calls the bank chairman to tell him about the false case. Everything falls in line at the end and the couple patch up their differences.

Based on 0 rating
0 user 0 critic
Did you know? The film is inspired by the American movie Mr. Mom (1983). Read More
0 User Reviews
No reviews available. Click here to add a review.
Cast 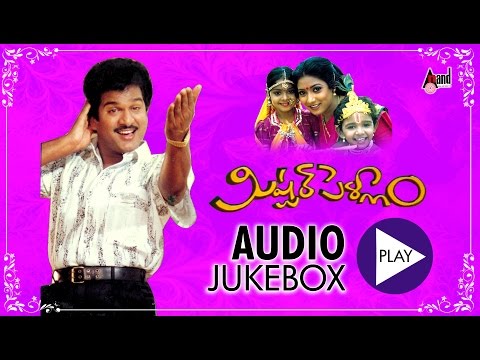