Cancel
Evocative and eloquent, this melodiously musical family drama traces the twists and turns in the life of a handsome and talented young man, who nurtures his dream of becoming a successful music composer in the film industry. In the process, the entire burden of caring for the financial needs of his family falls upon his dutiful elder brother. His family supports him unconditionally, but when he has nothing to show after eight years of relentless struggle, and when his elder brother becomes critically ill due to overwork, will the young man be forced to give up on his dream and seek livelihood to support his family?
See Storyline (May Contain Spoilers)

This insightful family drama revolves around Sridhar (Ajith Kumar), a handsome and talented young man, who is from a middle class family headed by his father (K.Vishwanath). Shiva (Raghuvaran) is Sridhar’s elder brother and he is the breadwinner for the family consisting of his wife Shantha (Sithara) and his sister (Preitha Raghav).

Sridhar, upon completion of his graduation, aspires to become a music director and tries hard to secure a chance in movies but all his efforts go in vain. Sridhar’s search for a chance continues for 8 years. Despite that, his family members support him very well and encourage him whenever he feels dejected.

Sridhar meets Viji (Jyothika) and befriends her. Viji also likes Sridhar and admires his perseverance in the face of adversity. Slowly, love blossoms between them. Viji gets introduced to Sridhar’s family and they too like her. But Sridhar has plans of marrying her only after getting is first break in music. Viji also understands Sridhar and supports him.

A CD shop owner (Manivannan) is Sridhar's neighbor and he also encourages him. Sridhar gets an opportunity to compose music for a film. He feels extremely happy and goes for recording. But on the same day, the producer meets with an accident and the movie is dropped.

Viji’s younger sister gets a good marriage alliance but the groom’s family find it inappropriate for the elder sister, Viji to be unmarried at the younger sister's wedding. Viji’s father (Jaiganesh) requests Sridhar and Viji to get married so that it does not stop his younger daughter’s wedding proposal. Viji’s father asks Sridhar to let go of his dream of becoming a music director as all his efforts for the last eight years had been in vain. He also offers him a job, so that he can marry Viji.

However, Sridhar refuses to let go his dream. He is ready to sacrifice his love for the sake of his ambition. He requests Viji to get married to someone else as he cannot give up his passion for music. One day, Shiva gets a heart attack and is admitted to hospital. The doctors say that Shiva has problems in the heart and he needs some rest. Sridhar is shocked to see his brother’s condition. As Shiva was only income earner in the family, now Shantha and Preitha decide to take up some job to help earn money for the family.

Sridhar worries about his family's financial well-being, but at the same time feels proud about the love and affection shown by his family members towards him, as no one asked him to forego his ambition and take up some job despite this condition. But Sridhar himself decides to go for a job, so that he could ease the financial burden of his family. Will Sridhar be forced to forego his dream for the sake of his family? How will his love story with Viji unfold? 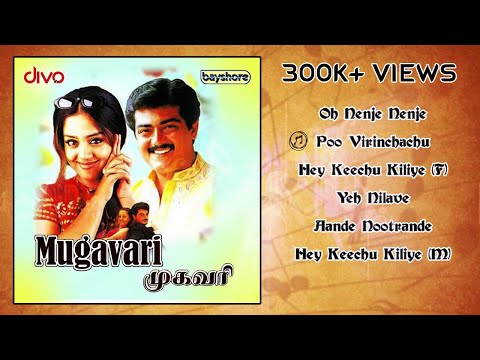