Cancel
When an honest man fights against injustice, his enemies cause his death, splintering his whole family and separating two of his children from their pregnant mother. Will the family ever reunite? Can the brothers join forces to defeat their common enemy and avenge their father's murder?
See Storyline (May Contain Spoilers)

Prithvi, Vikram and Dattatreya (Chiranjeevi in a triple role) are the sons of parents living in a village. The father goes against an important member of the village and gets himself killed, leaving his pregnant wife to get separated from her son Prithvi and give birth to twins which are adopted by the village Pujari.

Will the family ever reunite in such a way that the brothers can join forces to fight against their enemy, and avenge the destruction caused to their family? 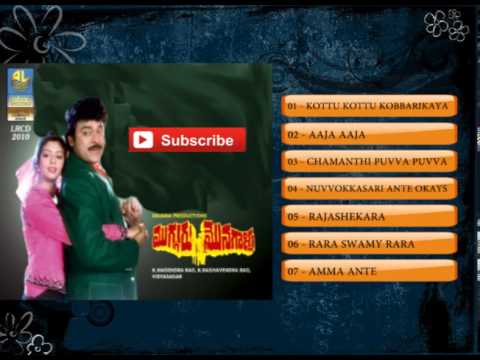