Cancel
Suspenseful and evocative, this offbeat romantic thriller follows the fluctuating fortunes in the life of Ram (Atharva), a handsome young man who takes care of an IT firm in Chennai. Although he receives many offers for romantic relationships, he is madly in love with Charu (Amala Paul). He works hard the whole week only to spend a couple of days with his lover in Bangalore. One day, comes Latha (Amala Paul) from USA to the IT company in which Ram works. She is the CEO of the firm and she is shocked to see Ram. Latha and a psychiatrist set out to find Ram's past. They come to know some shocking facts. The complex events that unfold when she decides to take some extreme steps to set things right, forms the crux of this intriguing tale.
See Storyline (May Contain Spoilers)

Embedded with intense action and youthful romance, this offbeat romantic thriller opens with Ram (Atharvaa) fronting a car driven by two guys apparently drunk and rich and with their girl friend(s). He tries to kill them and eventually they escape in the car opening the title. Then it turns to be that Ram enjoys a successful career in information technology.

He is hit upon by Radhi (Yashika) as office romance. He turns down her interest and reveals he is in love with a girl who resides in Bangalore and he is going to visit her. Ram drives to Bangalore and meets Charu (Amala Paul) in her apartment. While sleeping, Ram wakes up goes to the streets, search and kills a person (one of them in the car in first scene). Eventually its revealed that Charu is in some danger and Ram is safeguarding her by not letting her out of that apartment until he cleans up the city for her safety.

Ram's CEO Latha (Amala Paul) comes to India from the USA and is also engaged to a guy names Vicky. Latha begins to ask her PA Chandru (Santhanam) to find out more about Ram. Charu then asks Chandru to convince Ram to give her lift home, which then Ram agrees to. As Ram and Latha are driving home, they are followed by a red lorry, which attempts to kill both Ram and Latha.

Ram manages to push Latha off the car as well as saving himself. Ram is seriously hurt and is taken to the hospital by Latha. Latha then speaks to the doctor, her uncle (Jayaprakash). Latha explains the doctor that she knows Ram personally and doesn't understand why Ram doesn't recognize her. Ram being unconscious, begins to mutter Charu's name. While Ram and Charu's uncle are having a brief conversation, Latha listens in.

It is revealed that Ram and Charu used to work together for a competition and Ram fell in love with Charu from the moment that he met her. It came to a situation where Charu goes to a club to meet a work friend after having found out that her laptop data had been corrupted and she is unable to reach her work. She goes to the club to get a USB backup of her laptop data, before having been teased by drunk guys. These two guys happen to be the two guys Ram tries to kill at the beginning of the film.

Charu goes to the police station to report the two guys who teased her, however, the guys did not take this well and threaten Charu. Ram witnesses this and assumes that there is a problem, however, Charu ensures Ram that he has nothing to worry about and that everything has been sorted.

On the day of the competition, Ram and Charu go through their presentation, to make sure that they have got everything that they need. Ram looks behind him and notices that he has forgotten something. He explains to Charu that he needs to go back, but will be back in time for the competition. Charu being hesitant at first eventually agrees. Ram went back to get the gift that he has bought Charu, so that he can give to her when he proposes his love for her, after the competition.

Ram then manages to go the competition venue on time, however, sees the two guys who teased Charu inside the venue. Ram jumps to the conclusion that the guys have come after Charu and are here to kill her. Ram tries to find them however fails. Ram then reaches the balcony where he witnesses Charu being taken into a car by two guys, which he assumes are the two teasers. Ram then runs after the car but then loses the car and is pushed on the side of the road, where he becomes delusional.

He then goes home, and waits for Charu without changing his clothes or having a shower. He sits in one position for two days. Charu then comes home safe and sound, and is revealed to the doctor that him and Charu have been together ever since.

The doctor comes out of the room to see a shocked Latha. Latha then reveals to her uncle (the doctor) that her family know her as Latha, but she introduced herself to Ram as Charu, as her name was indeed Charulatha. Latha then reveals what actually happen; Ram went to get the present, while she was left to handle the presentation herself, and ends up winning the whole competition.

Her father was a main judge on the competition and it is also revealed that this competition was built to see how Charu can handle a whole business and would take over from her father. It was then revealed that Ram would not get a position in this company at all, and with Charu feeling guilty, she calls after Ram, which Ram hears and sees. She was taken into the car by her father which made it look like she was being kidnapped to Ram.

The doctor then persuades Latha to act like the Charu that she was while living with him. At first she disagrees, however, after Ram gains his consciousness, Ram receives a call from a so-called 'Charu'. Latha goes back to Bangalore, where she visits the woman who is acting as Charu to Ram over the phone. It is revealed that a blind woman acts as Charu, only because Ram keeps calling her and asking about her and refuses to believe that this isn't Charu's number.

Latha then breaks into her old Bangalore home, and spies on Ram, with her uncle assisting her. Ram comes home and assumingly hugs a so-called Charu. We then realise that it isn't actually Charu he is hugging, but he is hugging nothing but an empty space.

Latha then asks her uncle what had happened to Ram. Ram is suffering from severe delusions and is imagining that Charu is still present with him, hence the reason why Ram didn't recognise her in the first place. The only way these delusions would go, is if Latha acts as if she was Charu, back in Banglore.
Latha then acts as Charu and begins falling in love with Ram. Ram then explains to her that they are going to get married soon.

They then reach a temple, where Charu and Ram are meant to be getting married. Latha had planned with her uncle and Chandru a fake killing so that Ram's delusions can leave him, which fails. Latha is then genuinely kidnapped by two guys, who are her so known fiance's friends. It is revealed that her fiance Vicky, is in fact gay and his friends can not accept Vicky getting married to any girl who gets in his way which includes Latha.

The two guys attempt on killing Latha but is defeated by Ram. Ram then attempts to save Latha by taking her to the hospital but is then hit on the head. Ram gains his consciousness and goes home and waits for Charu at home, sitting in a position for two days, waiting for Charu. The delusion he sees is Charu coming back to him, in tears and saying that she is alright. Ram bursts into tears and goes to have a shower so that he can relax and start over with Charu.

Latha however is still in hospital with her father and uncle by her side. Her uncle reveals that it was him who hit Ram on the head, so that he can take Latha to the hospital to get her checked out, yet he explains to Charu that she better of with Ram as he will keep her happy. Latha's father agrees and Latha insists that she goes to Ram.

Latha then goes home to Ram, who still believes that Charu has come home long before. The film ends with Latha raising her arms asking for a hug from Ram, which Ram smiles and gives her.

Based on 0 rating
0 user 0 critic
Did you know? The Telugu dubbing of this movie was simultaneously released as 'Nirantharam Nee Voohale'. Read More
0 User Reviews
No reviews available. Click here to add a review.
Cast 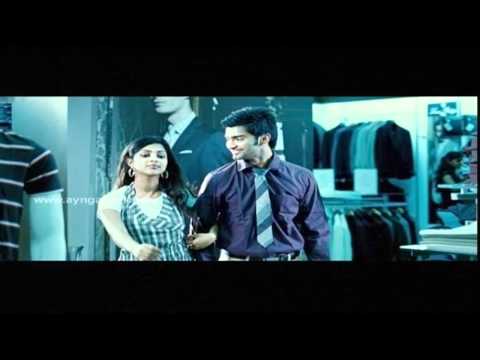 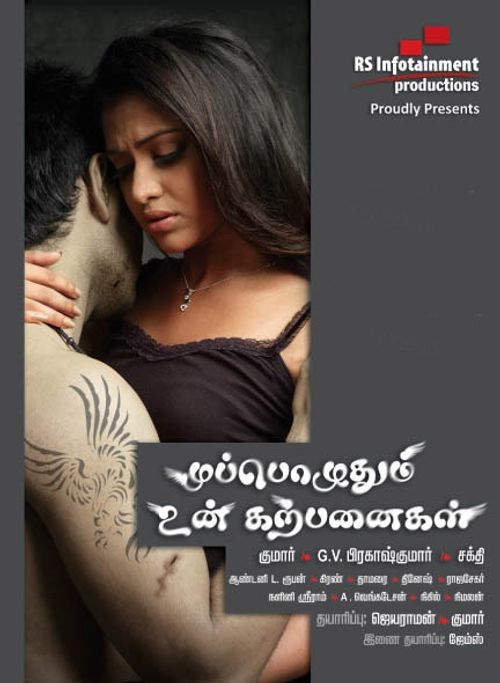 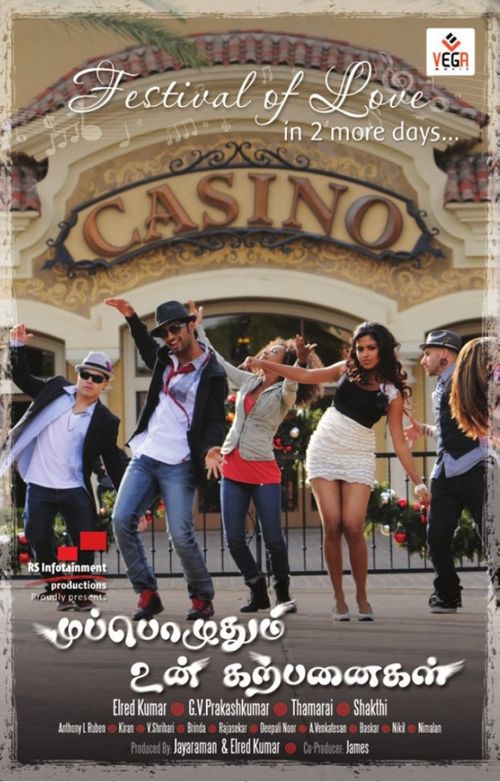 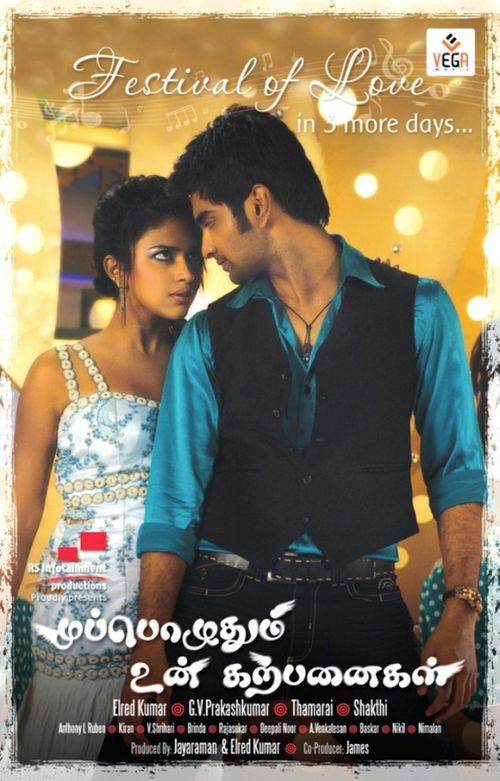 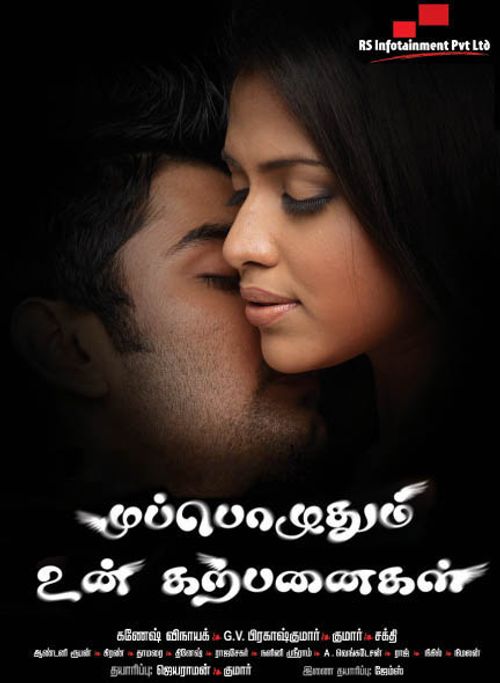 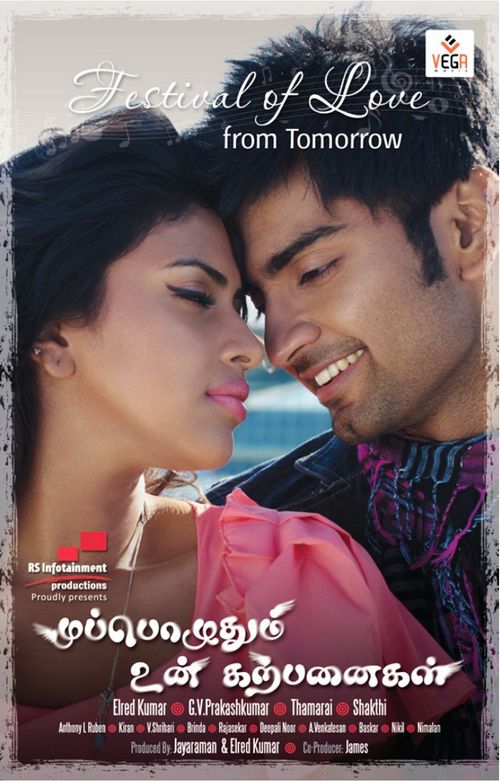 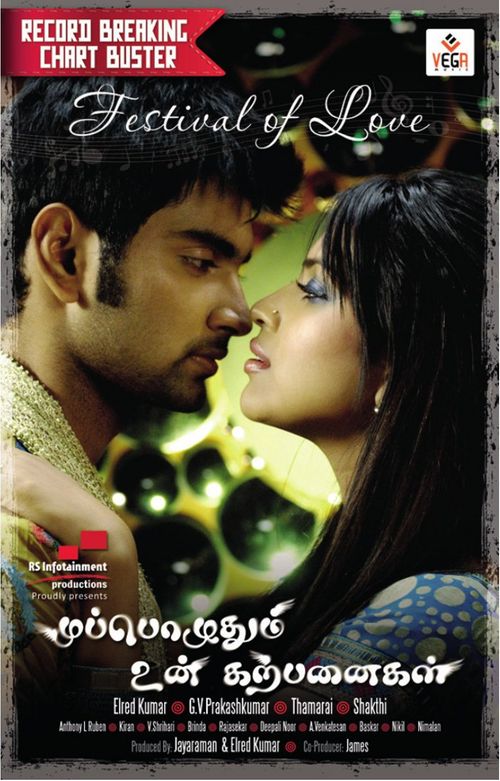 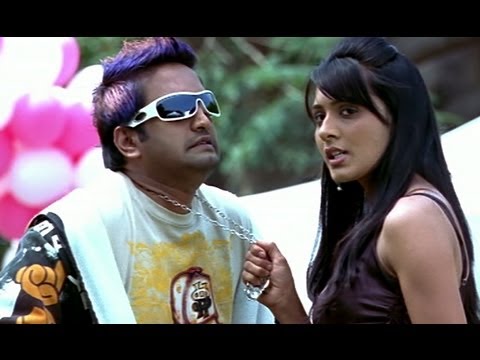 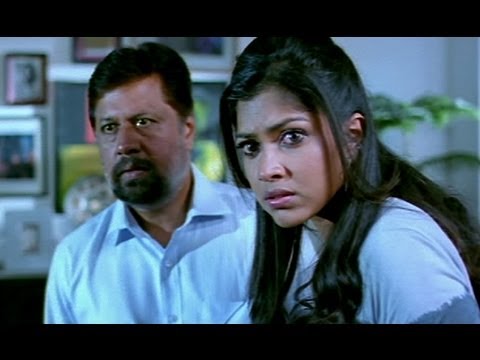 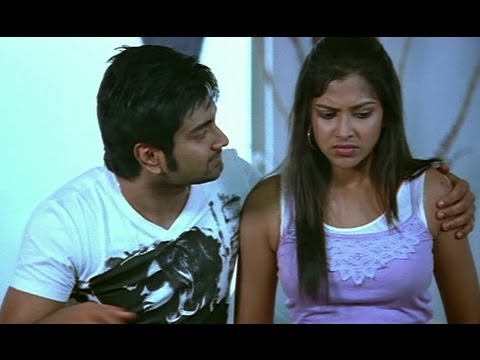 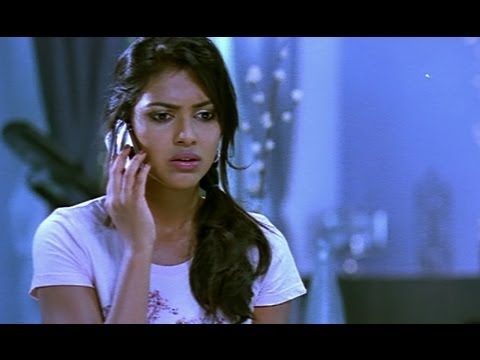 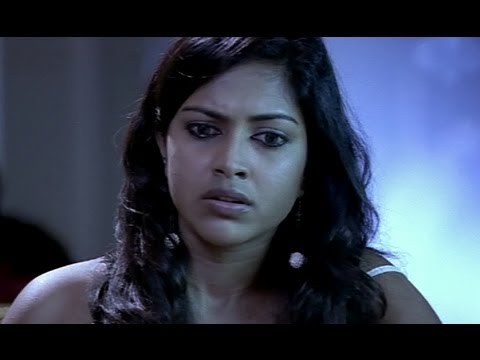 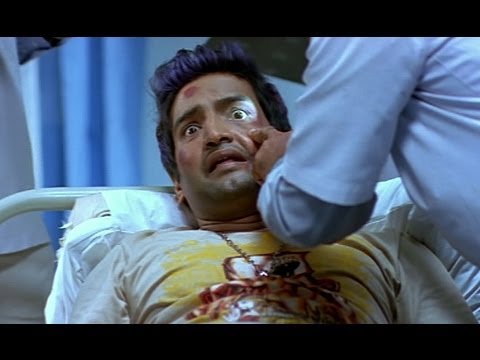 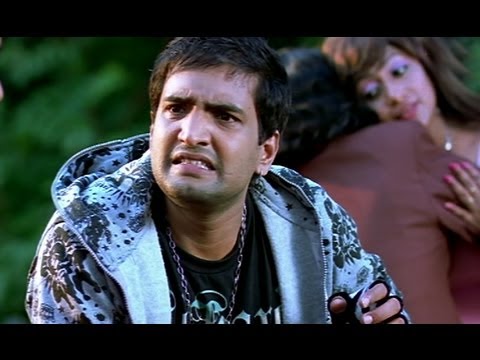 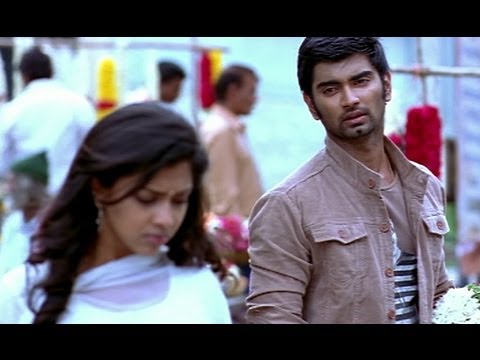 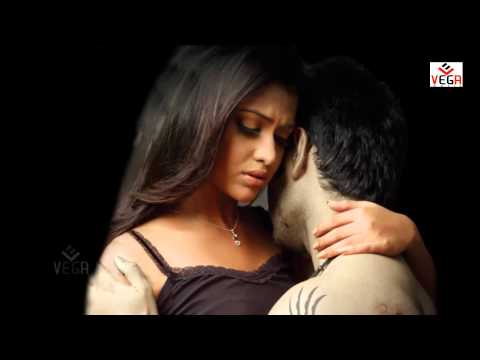 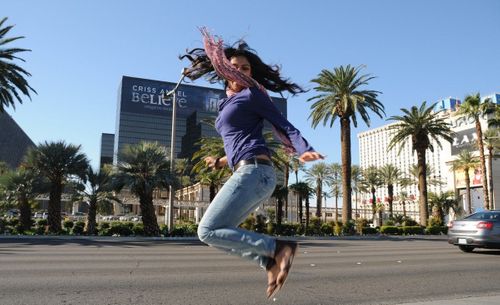 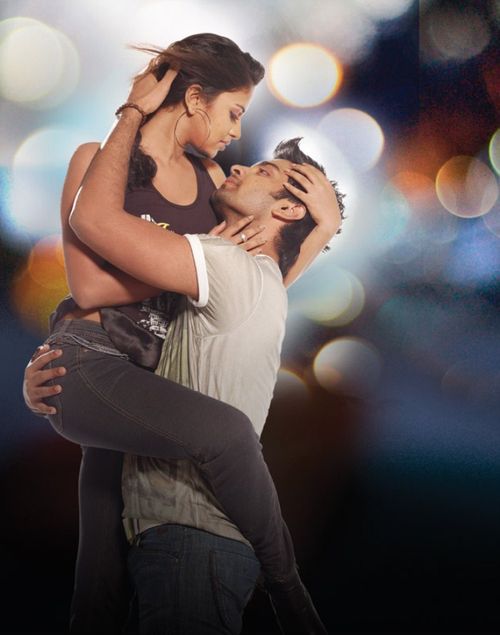 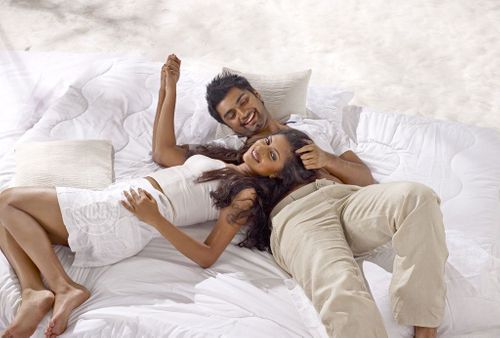 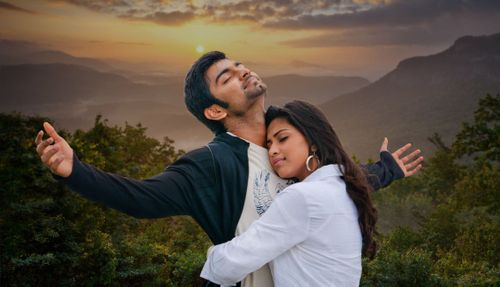 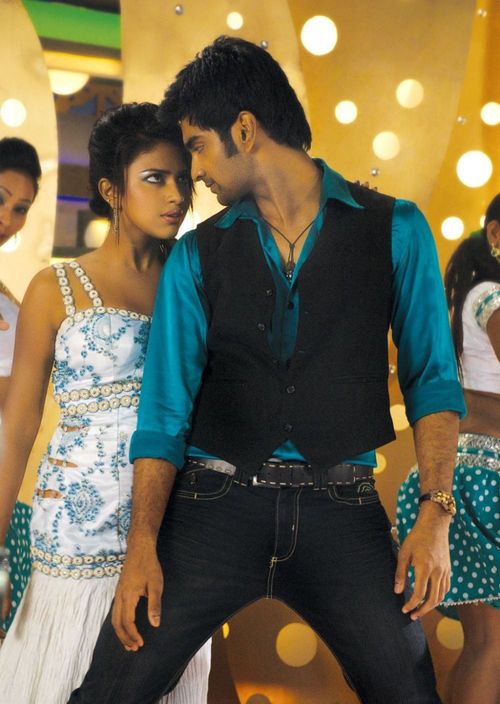 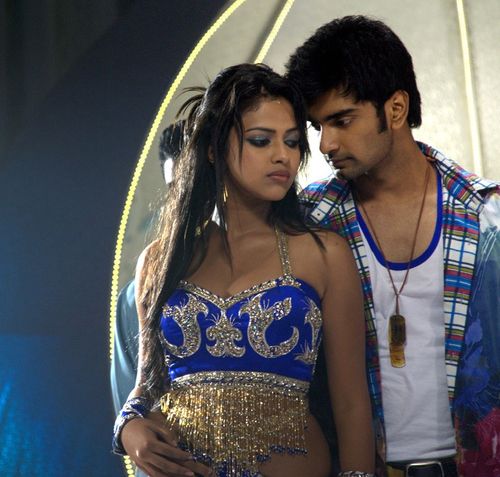 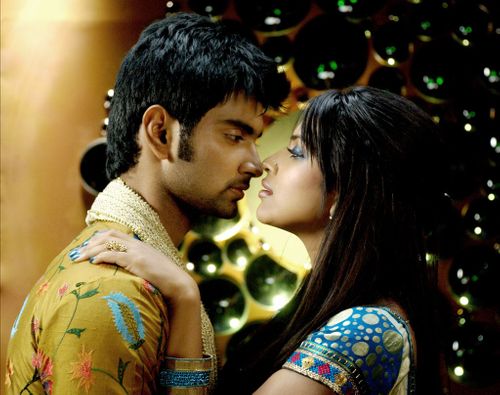 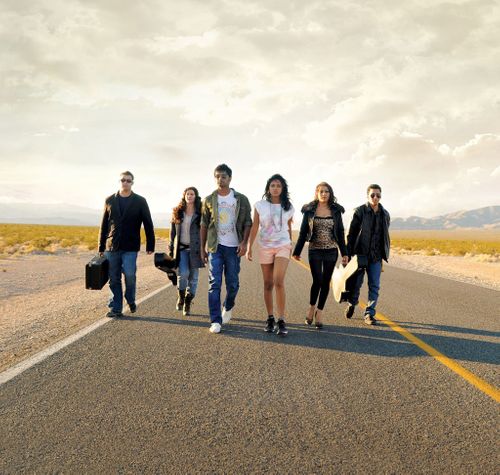 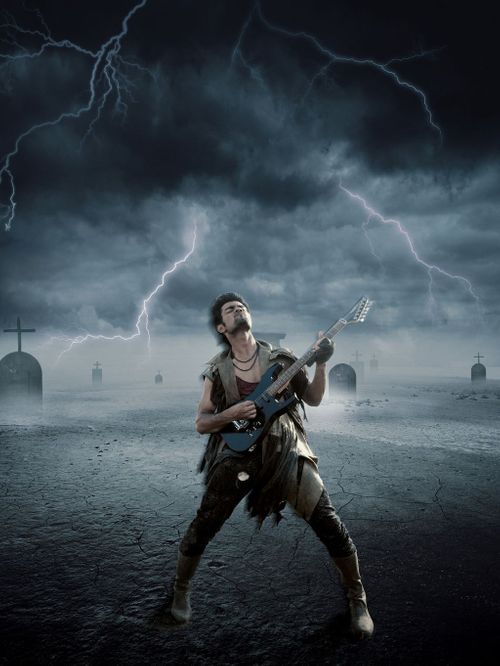 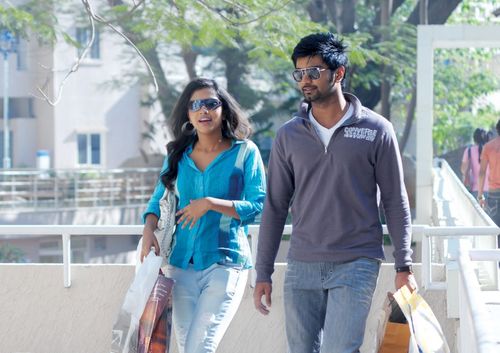 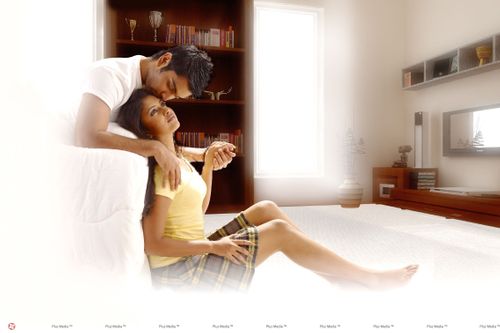